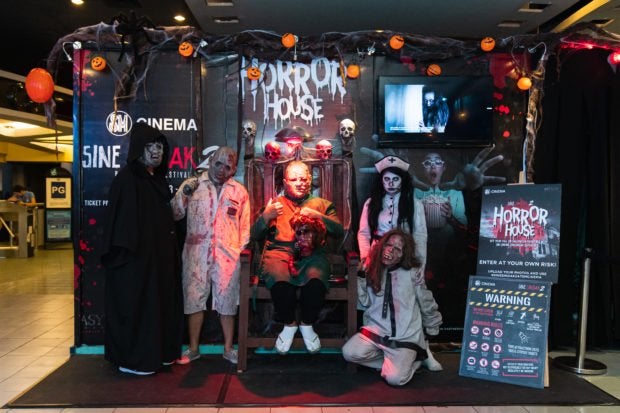 It’s the time of the year again! People are busy decorating their space with spooky ornaments, putting on that vampire-inspired makeup look, and ghoulish outfits. Going out for “trick or treat” and watching horror films might be the definitive experience of Halloween in the Philippines.

Since Hallow’s eve is just around the corner, SM Cinema’s very own Sine Sindak Horror Film Festival is back for its second run with five curated movies to get you in the eerie mood.

The movie lineup courtesy of Crystalsky Multimedia Inc. includes the Dead Sight, Evil’s Curse, Door Lock, The Only Mom, and Look Away, which will be showing from October 23 until October 29 at all SM Cinema branches. 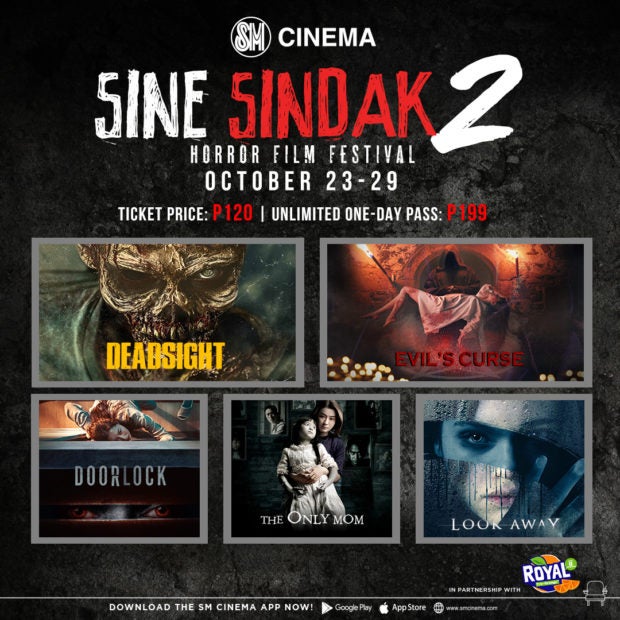 In Deadsight, a partially blind man and a pregnant officer work together to escape their town through swarms of the living dead. But if you’re looking for a scary holiday romance, Evil’s Curse is the story of a young backpacker who falls in love with a girl who is possessed by demons.

While Doorlock is a creepy story about a woman’s escape and struggles from a stalker.

In the Look Away, horror fanatics will witness the story of an alienated and awkward high school girl who finds her sinister alter-ego in the mirror.

Prepare to scream when you watch The Only Mom, it tells the story of a family who moves into a haunted colonial-house and finds their lives turned upside down.

To level up the Halloween experience, SM Cinema is also giving moviegoers the Sine Sindak Horror House in partnership with Asylum Manila at SM Megamall from October 19 to Nov 3.

A special promo is also offered via the GrabPay App. Single-movie tickets can be availed through GrabPay for only P99. 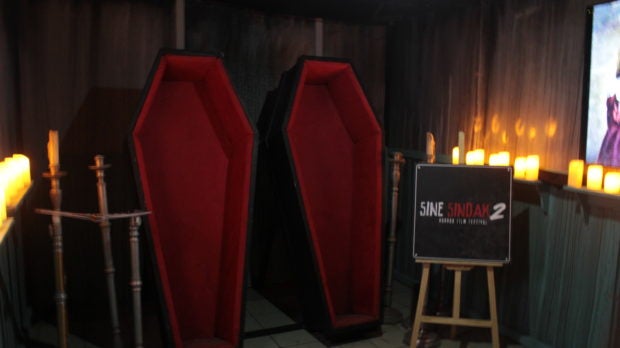 Catch the Sine Sindak 2 Horror Film Festival from October 23 to 29 in all SM Cinema branches nationwide. Book your tickets through the website, www.smcinema.com or download the SM Cinema mobile app.  You may also follow /SMCinema on Facebook and @SM_Cinema on Instagram for updates! Satisfy your cravings at Snack Time, the official food concessionaire of SM Cinema, which offers a wide array of snack like popcorn, hotdogs and burgers to complement your movie watching experience. Follow /SnackTimeOfficial on Facebook for more information.