Bowl cuts are back! Here's how to get a modern, far-from-awkward chop | Lifestyle.INQ ❮ ❯ 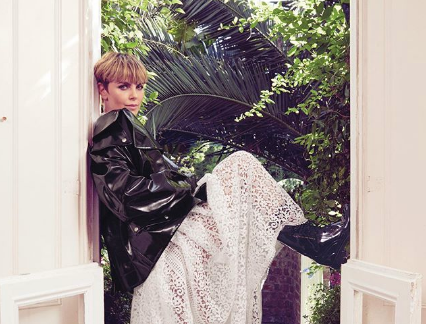 Bowl cuts are back! Here’s how to get a modern, far-from-awkward chop

Remember your worst hairstyle as a child? Perhaps your mom tried to give you one with none other than a bowl atop your head to guide her and her trusty scissors? Well, this year’s many surprising trends include the awkward bowl cut initially created by legendary hairdresser Vidal Sassoon back in the ’70s. Recently, the bowl cut has been spotted at some of the biggest runway shows like Gucci and Marc Jacobs and on celebrities like Charlize Theron (a favorite!), Celine Dion for a limited-edition Harper’s Bazaar cover, Timothée Chalamet for his role in the movie The King, and McKenzie Davis for the upcoming action flick Terminator: Dark Fate.

Thinking of giving it a go? Here’s what you need to know to get a modern, chic chop:

#1 It’s all about finding the right proportions for your face and highlighting your best features. Women with strong features would be better off with the classic bowl cut as it has a way of softening the face.

#2 Is your hair coarse and reminiscent of Mufasa’s wild mane? If the answer is ‘yes,’ choose another hairstyle that works well for your hair’s texture. If it’s humid, it would be harder for you to tame that bowl cut. For those with wavy hair, it would definitely take you longer to style your hair in the morning, but you could take your cue from Timothée Chalamet.

#3 Give this statement haircut an added boost with some highlights — or bleach it out for a totally daring look. In an interview with Cosmpolitan, Adir Abergel (the hairstylist behind Charlize’s new hairdo) notes, “keep the roots dark and ask your colorist to focus their work on the ends for a lived-in look that’s still delicate and pretty.”

#4 Pomade and gel are your two best buddies. You’ve got to keep those tresses in place so a little hair product won’t hurt. That said, it’s a must to have your hair cut in such a way that leaves a few wispy pieces — lest you end up looking like you literally placed a bowl on your head and snipped away!

#5 The right attitude to back it up. The only way to pull off a bold look — whether it be the classic cut or its modern version — is to feel comfortable in it. So are you ready to sport this trendy chop?