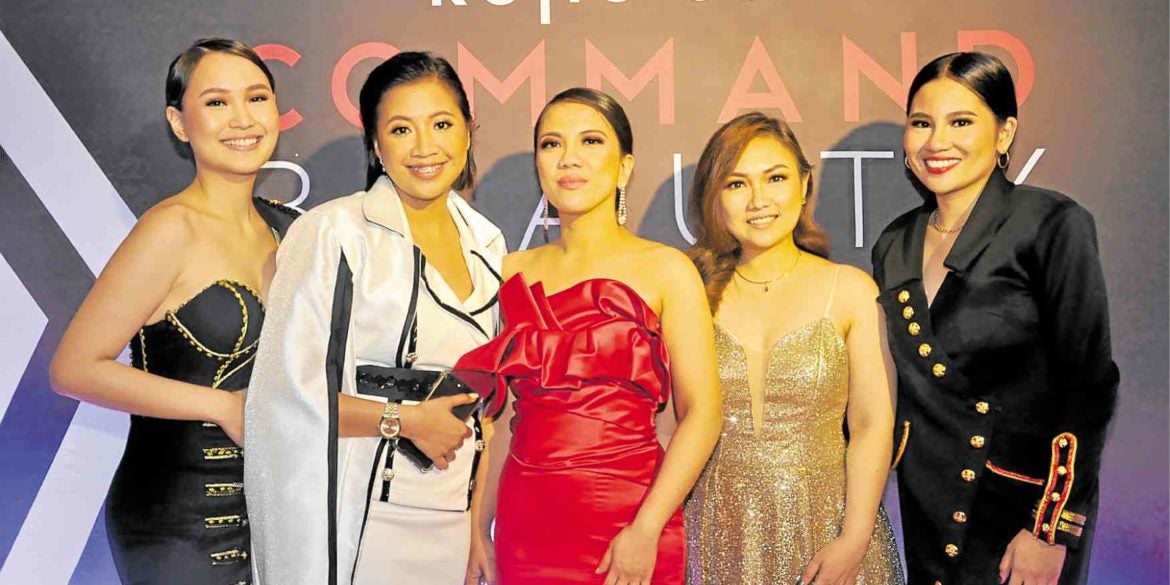 Kojie.san shatters standards for beauty and wellness—for both women and men

People say beauty is relative. Society, however, has imposed certain standards for what may be considered beautiful or not. One Filipino company hopes to shatter these standards, and encourage people to take command of their own beauty.

Kojie.san is leading the campaign for people to set their own standards of beauty for themselves, to  achieve what they want, without being ashamed of the choices they have made.

The leading beauty soap in the country launched its “Command Beauty” campaign in a well-attended program that filled the Marriott Hotel Grand Ballroom in Pasay City on Sept. 18. With laser lights, graceful ballerinas, hip-hop dancers and the music of the Philippine Philharmonic Orchestra, Beauty Elements Ventures Inc. (BEVi) shared its mission to inspire women to look beyond the standards, and define for themselves what beautiful is.

BEVi, maker of the Kojie.san line of personal care products, wants to empower women by providing them with unlimited choices to feel beautiful about themselves.

“Whatever you believe is beautiful for you, then it’s okay. You shouldn’t be ashamed of it,” Kojie.san senior brand manager Jann Kelcey Chua tells Inquirer Lifestyle.

“What we really want to do is to tell these women that you don’t have to be ashamed if what you like is different from the standards that other people have set,” she adds.

For the campaign, BEVi has launched a series of digital advertisements showing how powerful it feels for a woman to take charge of her own personal convictions. The promotion also extends to television and print media.

Not to be ashamed

She continues: “We want to encourage our consumers not to be ashamed if they’re using lightening products. If it makes you feel confident, then that’s good. That’s what we really want at the end of the day, to make them feel confident about whatever they feel is beautiful.”

With the relaunch of the Kojie.san Men soap, the campaign has reached for BEVi’s male consumers as well.

Kojie.san Brand Head Nikki Filio tells Lifestyle, “We understand that, similar to the women, there are also certain standards for men.”

“What we believe in Kojie.san Men is that you can be manly, even, if you cry or be emotional, even if you do things that are not manly based on societal standards,” she says.

As in its campaigns since its inception more than a decade ago, Kojie.san has continued to veer away from engaging the services of a celebrity endorser.

“Ever since, we always believe that the brand can stand on its own,” says Filio.

“We’re more focused on the consumers. Somehow it’s a more believable beauty. It’s beauty that everyone can achieve,” she adds.

This strategy appears to be working well for Kojie.san.

Top of the heap

The soap brand has consistently cornered the beauty soap segment in the Philippines, landing at the top of the heap in terms of sales, and posting figures higher than the industry average.

Its growth is likewise driven by its impressive performance in the global market, also posting record-high sales compared to its closest competitors.

Riding high on the success of its flagship product, the Kojie.san soap, BEVi has relaunched another brand aside from the Kojie.san Men soap.

Defensil, the alcohol brand which was only made available to hospital clients before, will now be offered to regular consumers in mass markets.

BEVi has likewise entered the wellness industry with its nutraceutical and cosmeceutical range of food supplements under the Life by Kojie.san brand. Its first offering is a glutathione antioxidant drink, infused with fermented pomegranate, açai berry extracts, and vitamins.

The company will also venture into the pet care industry with the Breedwinner band, with Top2Tail two-in-one shampoo and conditioner as its first product. The premium product, BEVi says, is good enough for both the pet and its owner to use.

BEVi will also aggressively boost its toll manufacturing component with the construction of a new plant in Alaminos, Batangas.

The plant, which is set to open within the quarter, will complement its existing facility in San Pablo, Laguna. It will house machines that are considered the first of its kind in the Philippines.

“The plant will be able to produce more in terms of speed, and in terms of variations and product categories,” Filio explains.

Catering mostly to the consumer market, BEVi’s toll manufacturing arm hopes to further tap into industrial accounts, such as hotels and hospitals, with the help of the new plant.

BEVi also hopes to tap into the global market for its toll manufacturing courtesy of BEV Asia Pacific Inc., which was established in 2017 initially to facilitate export operations.

Filio says Kojie.san soap still accounts for a dominant share of the business. But the company is hopeful that the new line of products will be as successful as the flagship product.

“This is how we are going to command beauty. There are so much to look forward to, so many great things to come,” BEVi president Jazz Burila says in her speech.

She concludes: “The future is ours to command!”