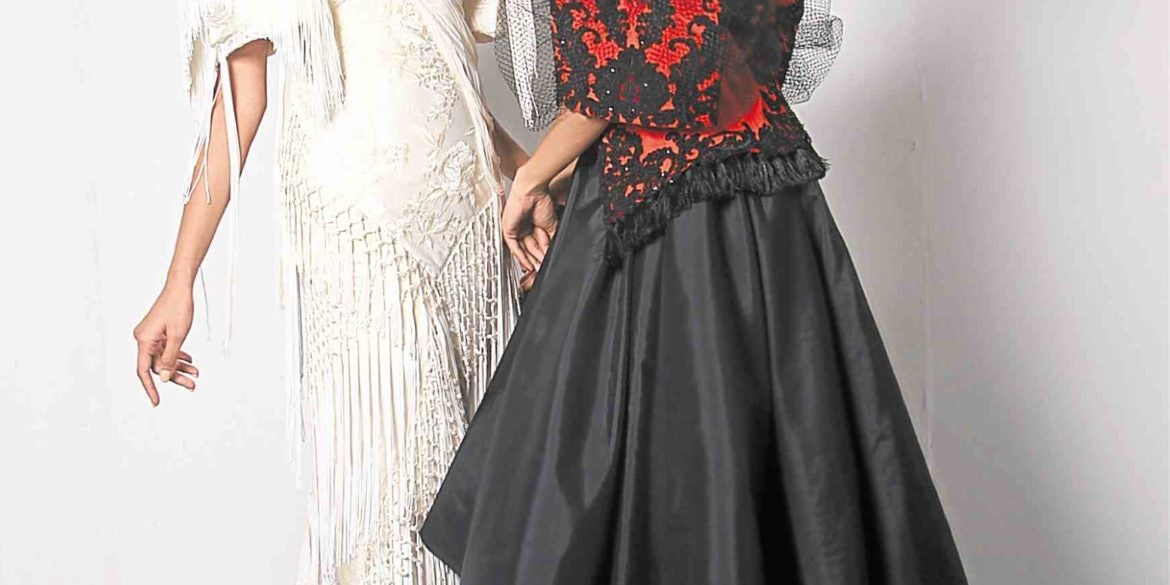 ‘Sometimes designers try to innovate because they want to call attention to their design capabilities. They want to be known as the person who changed the terno’

Since sweeping the awards for the balintawak and terno in Ternocon 2018, Pampanga-based designer Marlon Tuazon has had a busy calendar. He has become a go-to designer for some women who like to wear the terno.

Runner-up Michael Bawer, whose design incorporated cane weaving, also has been getting invitations for collaborations and bigger clientele.

Ternocon is a joint project of Bench/Suyen Corp. and the Cultural Center of the Philippines. An annual event, Ternocon invites designers from all over the country to attend a workshop on terno construction, history and social relevance.

The aspirants undergo mentorship by veteran designers led by Inno Sotto. The training culminates in a fashion competition with a cultural program.

In the recent press launch, Ben Chan, chair of Suyen Corp., noted how the project has brought a sense of community.

“The Ternocon unites people from all walks of life, including the hands that make the terno what it is—the artisans, embroiderers, weavers, beaders. It creates a dialogue between the designers, students and mentors,” he said.

Margie Moran-Floirendo, CCP chair, announced that the program will include an exhibition of dolls in terno by accessories designer and master beader Cholo Ayuyao and oil portraits of women in terno by Rafael del Casal, master of realistic portraits, at the CCP main lobby.

The Ternocon has helped put back on the fashion mainstream the terno and balintawak—women started to wear it again at special events, and a Filipiniana wardrobe became saleable in artisan fairs and Filipiniana shops.

“Our efforts have somehow kindled the interest of local designers, artists, the public, and the media during recent social events, where we saw various terno creations worn by bureaucrats and celebrities. But we have also seen in the same occasions a lot of misconstructions and misconceptions about the terno,” said Floirendo.

Gino Gonzales, Ternocon’s creative director, added, “In Instagram, type #philippineterno and you will see young women wearing the terno. They are proud to post it—including Filipinos living overseas. However, the job is not done. We still see a lot of uninformed designs. Some ternos venture into another territory or negate everything that it stands for. It’s a given that you can’t make everyone agree to what you are proposing.”

Asked his opinion about ternos with thigh-high slits and plunging necklines, outrageous interpretations of the butterfly sleeves and leg o’ mutton sleeves passed off as Filipiniana, Gonzales kept mum. “At least these designers made a terno—in their way,” he said.

Ternocon 2020 made an open call to designers to submit designs. The committee monitored the aspirants in social media and presented their designs before a panel for scrutiny.

Ternocon 2020 has 14 finalists who trained in construction and sewing. “Last year, we encouraged them to draw based on their regional sensibilities. After listening to the feedback from the 2018 show, we decided to take it in a contemporary direction. Most of the finalists are a one-man team. They don’t have shops with a sewer and cutter,” said Gonzales.

The 14 finalists will present three ternos each while the mentors, with Tuazon, will create a 10-piece collection.

Cebuano designer Philip Rodriguez supervised the entries of four participants. “We guided them to make the terno wearable for every day and gave them ideas for fabrication. There must be greater awareness about the terno and the importance of not desecrating the butterfly sleeve. This is what makes it identifiably Filipino.”

London-based designer Lesley Mobo was challenged handling five talents with different aesthetics. “The winning entries last year still looked classic. We are pushing this batch to make less of a formal but something that can be worn for other occasions. Some find me harsh when I give feedback. They should realize that you can’t sugarcoat things in the fashion industry.”

Dinnes Obusan was a sacristan, cleaner and cook for a parish priest in Camarines Sur. Seeing his artistic talent, the priest got him a patron to support Obusan’s schooling at Slim’s School of Fashion and Arts.

Obusan admits that his talent is still raw. For Ternocon, he will create a collection of ternos with neoprene loops, inspired by the Chinese garter game. Obusan gave credit to his mentor, Mobo, for broadening his fashion outlook.

Clean and well made

Ivarluski Aseron talks about the designs of the participants he mentored: “Their first ternos were clean and well made considering that they were quite challenging to make. They have their aesthetics. My role is to guide them.”

Jason Glarino received a scholarship at Central St. Martins in London for a course called Creating New Concepts in Fashion. He joined the 2016 and Bench Design Award and the Tokyo Fashion Week.

On his experience in Ternocon, Glarino said, “Sometimes you think that what you are doing is good enough… In a competition, you tend to be over-the-top. The terno should be regal—that’s what I have learned from Ivar and Inno.”

Another participant Aseron mentored is Christian Martin of Nueva Ecija, who studied at SoFA Design Institute. He’s inspired by the rice fields and mountains of his native Bayombong. “My collection will be linear and clean, reminiscent of the fields. I will produce balintawak separates.”

In Ternocon, Martin learned the precise construction of terno sleeves and its history.

Sotto has been the voice of authority. “Inno pulls everyone back to earth,” said Gonzales. “We need a mature voice in the conversation. Young people need to be reminded that design is not always about what’s new but also what is practical. After all, it’s a garment not a painting.”

Gonzales added, “Ternocon is like a laboratory. We initially set a direction for the contestants and push them to explore. But we also tell them when their designs are not working and when they need to be held back. Sometimes they try to innovate because they want to call attention to their design capabilities. They want to be known as the person who changed the terno. Then it’s not so much about making the national dress relevant for today’s women.”—CONTRIBUTED