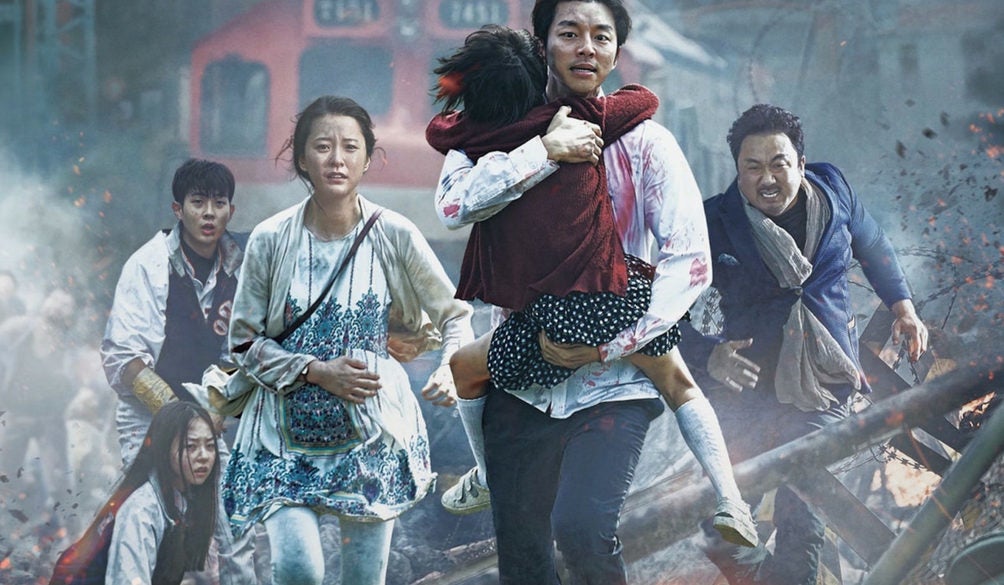 Hallyu is the new Hollywood

With the visit recently of actor Lee Dong-wook in connection with the Love Korea Culture and Travel Fiesta of the Korean Tourism Organization (KTO), the Hallyu wave in the Philippines may have come full circle.

The first time Lee was in the country was in 2006 when he came to Manila to promote “My Girl,” one of the first Korean TV dramas (K-drama) to hit it big internationally.

Since then, Lee has made other notable K-dramas, most notably “Goblin” in 2016, a supernatural series on Korean pay-TV station TvN in which he portrays the Grim Reaper and the foil to the title character played by Gong Yoo, also popular among Filipinos for previously starring in the hit zombie movie “Train to Busan.”

Dong-wook and Gong Yoo are idolized much like Hollywood stars by Filipino fans, underscoring how Hallyu, or Korean popular-culture wave, has grown by leaps and bounds since the start of the new millennium.

Along with movies, cuisine and K-pop, K-dramas have made Korea a global cultural force. Filipinos have so taken to K-dramas that whenever budget travel allows, they go to Korea and visit Minsokchon or Korean Folk Village, where historical K-dramas such as “Sungkyunkwan Scandal” (2010) and “The Moon Embracing the Sun” (2012) were filmed; Namsan Tower where parts of “Boys Over Flowers” (2009) and “My Love from the Stars” (2013-2014) were shot; and going outside of Seoul, the Jumunjin Breakwater in Gangneung and Borinara Hogwon Farm, where episodes of “Goblin” (2016) were made.

Heck, for those who avidly watched “Winter Sonata” when it made its worldwide splash in 2002 (presumably those initial K-drama fans have now acquired greater purchasing power to jet-set and relive the old romance), they could go to Nami island where the two star-crossed lovers played by Bae Yong-joon and Choi Ji-woo had their first kiss.

And more heck, K-drama fans could also go to mystical Jeju Island, where in “My Girl,” Lee Da-hae as Joo Yoo-rin is a tour guide who gets drafted by Lee Dong-wook as Seol Gong-chan to play his dying grandfather’s long-lost granddaughter, so he could inherit the family fortune. But overjoyed at finally finding her, the old man revives so that the two conspirators have to prolong further the charade enough for them to fall in love with each other.

In fact, Lee Dong-wook’s second Manila visit in 13 years was under the auspices of the KTO, which is promoting Seoul, Busan, Jeju and other sites to Filipino K-drama fanatics who wish to bask in the exact spots where their favorite K-drama characters felt the first stirrings of romance.

Knowing your Lees and Parks

K-dramas have become local staples as much as the usual Hollywood fare, so that Filipinos could easily distinguish who is who among Korean actors despite their similar surnames—Lee Dong-wook and Lee Min-ho, Park Bo-gum and Park Ho-on, Nam Joo-hyuk and Nam Woo-hyun, and Ji Soo and Ji Chang-wook—and who would be the male and the female between Song Joong Ki and Song Hye-Kyo, and Park Seo-joon and Park Min-young.

Rabid Filipino K-drama fans could likewise distinguish who is who between two actors who have exactly the same name—“Kim So-hyun.” Is it the lead actor in “My Love from the Stars” or the lead actress in “Radio Romance” (2018) and “The Tale of Nokdu” (now running on KBS)?

The success of K-dramas should prove the truism that with crisis comes opportunities.

Severely affected by the Asian financial crisis of 1997, Korea stepped up the export of its cultural products. The timing was just right. The other Asian economies, also suffering from the crisis, were looking for cheaper cultural products to import than those coming from Japan, then as now, a global cultural powerhouse with its J-pop, anime and manga. (Taiwan’s “Meteor Garden” in 2001 and Korea’s “Boys Over Flowers” in 2009 were TV adaptations of a Japanese manga graphic narrative series.)

The confluence of these two factors—Korea exporting its K-dramas and K-pop music, and global TV networks looking for canned TV programs cheaper than Japan’s—unleashed the Korean Hallyu invasion.

Slick and stylish, K-dramas and K-pop are well-made and well-financed. They’re thoroughly capitalist and may be traced to the Korean economic miracle fashioned out of the initial tacit agreement between the old military dictatorship and the chaebols, the family business conglomerates that have lifted the country from the ruins of the Korean war to its present status as one of the world’s dozen biggest economies.

Some of these chaebols in fact have businesses extending to the Korean entertainment industry, and government provides direction if not financial support, directly or indirectly, to the Korean cultural industry.

But according to “East Asian Pop Culture: Analysing the Korean Wave,” edited by Beng Huat Chua and Koichi Iwabuchi (Hong Kong University Press), there’s no “linear evolution” to directly trace the success of K-dramas to government and corporate support.

What can be determined is that the Korean government’s “promotional policy is undoubtedly a most prominent factor in the growth of the Korean media industry.” Apparently this has been the tack taken all along by the Korean government, as can be gleaned from the Manila visit of Lee Dong-wook sponsored by the KTO.

Despite corporate and government support, it “should not be ignored” that Korean media producers have exerted “continuous efforts to improve their own production techniques.”

A historical drama would be more expensive: It could even be double the ordinary cost. On Netflix, the Korean historical horror drama hit, “Kingdom,” was supposed to run for eight episodes, but ended with the sixth because the budget had been totally used up by then.

Like Hollywood and the Philippines, Korean TV drama has become more and more the domain of the star system. Top stars may get as much as 65 percent of the budget, so that the rest of the cast and the production crew have to content themselves with the meager balance.

As in the Philippines, too, because of the high costs of production, Korean producers seek to shoot episodes in the shortest time possible, so that filming could be 24/7, taxing actors and crew mercilessly.

And as in the Philippines, too, only the initial episodes would be pre-produced, and the rest shot and cobbled together while the series is already running. In some cases, the final edited tape may not reach broadcast on time so that audiences would find their TV screens blanking out for several minutes.

But the star system may have been a blessing. Because of the growing international popularity of K-dramas and actors, recent productions with their broadcast and streaming rights have been presold overseas, endowing them with a higher budget to complete the shooting before inaugural airing, making filming less hectic and cruel.

Adding to the improved budget would be product placements, which according to one estimate may number as much as 57 per episode!

Product placements almost always cater to women, such as certain lipstick brands in “Memories of Alhambra” (2018), “While You Were Sleeping” (2017), and “Descendants of the Sun” (2016) [if Song Hye-kyo got her man Song Jong-ki through that lipstick palette, then what’s barring other women from using it, too?], and even Wonderbra in “This is My First Life” (2017).

All of these should show that K-dramas appropriate celebrities, icons, contents and program formats of Hollywood, Japanese and established commercial media industries.

But as in Korean government and corporate support, there’s no linear development that would deny K-dramas have made their own innovations.

While they are largely melodramas, Korean TV “novels” are written by top writers who are well-paid and have a say in the production and even the cast. Most of the writers are women, such as the Hong sisters who wrote “My Girl” and “My Girlfriend is a Gumiho” (2010), starring another recent Manila visitor, Netflix “Vagabond” star Lee Seung-gi.

Perhaps because most of the writers are women, much of the productions are along the romance genre, whether they be historical or contemporary dramas.

Despite the genre conventions, K-dramas try to push the envelope in tackling unconventional situations, such as Korean mining in Indonesia in “Man from the Equator” and Korean peacekeeping in a fictional troubled country called Uruk (Iraq?) in “Descendants of the Sun.”

Historical dramas have contemporary resonance, such as “Moonlight Drawn by Clouds,” in which Park Bo-gum, who recently conducted a very successful “fan meeting” in Manila, plays a Joseon prince battling an illicit organization that’s in control of the country, conjuring perhaps the chaebols’ hold on the Korean political economy and even suspected narco-states in Asia and South America.

K-dramas, for all the predictability of their plots, contemporize on archetypes developed by classic literature.

In “He’s So Beautiful,” Bench model Park Shin-hye plays a postulant who runs away from the nunnery and disguises herself as a male instrumentalist to join a popular rock band where she’s bullied by the arrogant leader, the hilarious androgynous-looking Jang Geun-suk, until he finds himself questioning his sexuality and irresistibly drawn to her, a dilemma right out of Shakespeare’s “Twelfth Night.”

In the very dark drama “Man from the Equator,” the blind protagonist plots revenge while Braille-reading Alexander Dumas’ “The Count of Monte Cristo.”

By and large, K-dramas have also appealed to Philippine and Asian audiences because of the Oriental values they portray, such as devotion to family, respect for elders, filial piety, work ethic and discipline, and nostalgia for the past, especially evident in historical and period K-dramas.

All of these may be clichés for some, but even the Korean media industry is self-critical and aware of them.

On “Gag Concert” on KBS, a very popular running skit depicts a K-drama director coming to the set and complaining about the low ratings.

“It’s so boring,” the director says about his drama. “That is why the ratings are going down.”

He tries to spike up the sagging fortunes of his show by resorting to formulas that, however tired, do their twisted magic.

Since K-dramas mostly depict respect for elders, he declares: “The son should go against the father.”

Since his show is a romantic melodrama, he changes course and calls in zombies to ruin the romance and frighten the audience out of their boredom.

And “when it gets terribly boring,” the director says, “someone should develop amnesia.” He points to one of the supporting actors, “You can be the doctor.”

Warned that viewers have been complaining about the increasing number of product placements, the director waves away the criticism.

“It should be like this,” he smugly says, “so that the audience can curse the screen and the ratings will go up.”