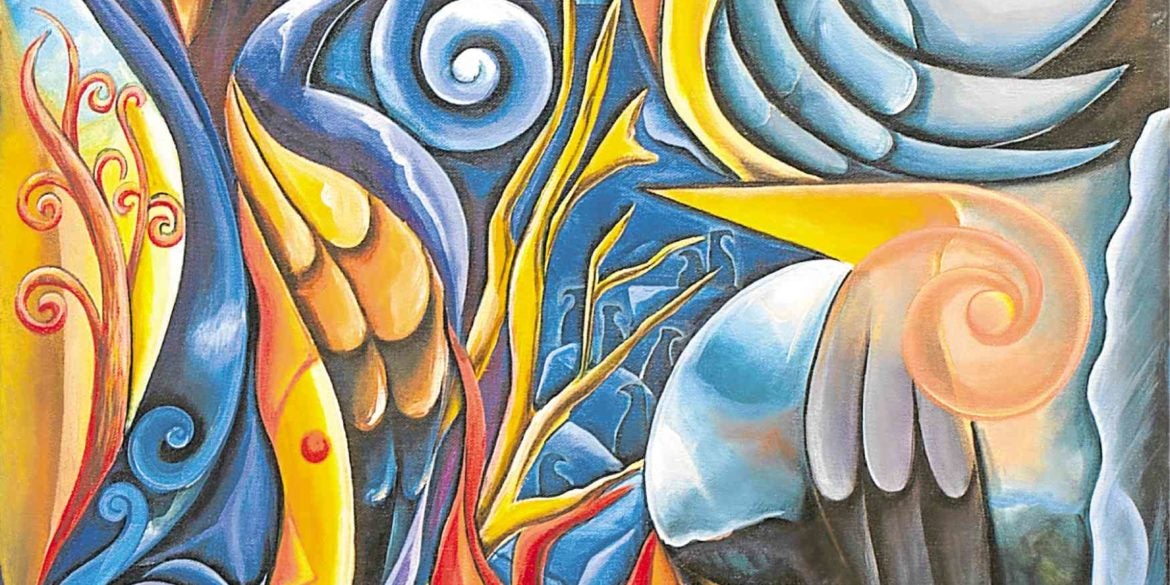 In his new exhibit, “In His Veins,” Toym Imao references the works of his father, the late National Artist Abdulmari Imao, drawing on the latter’s iconology mainly originating from the elder Imao’s visions when he was a child amid wartime Philippines

From those visions Abdulmari Imao created his iconic images of the sarimanok, sarifish, okir and other vibrant patterns and colors.

Toym’s paintings and sculptures pay tribute to his dad’s common themes and symbols as observed in colorful migratory birds, the patterns and colors of nature and marine life. The overarching theme of “In His Veins” is the legacy that fathers hand down to their sons. It also tackles parents’ influence on their children, particularly core values and ethics handed downfrom generation to generation.

Toym Imao is a Filipino multimedia artist who excels in both sculpture and painting. He is also a writer, production designer and filmmaker. He acquired BS Architecture and Masters in Fine Arts from the University of the Philippines (UP) and MA Sculpture from the Maryland Institute College of Arts under a Fulbright Scholarship. He lectures at the UP College of Fine Arts.

Imao’s works, particularly his monuments, can be found in the major cities of the Philippines, as well as in Vietnam, the United States and Europe. His historical monuments include the Andres Bonifacio monument in Maragondon, Cavite; Tandang Sora Memorial Shrine in Quezon City; Cordillera Freedom Movement in Baguio City; and Dr. Jose P. Rizal statue in Carson City, California. —CONTRIBUTED