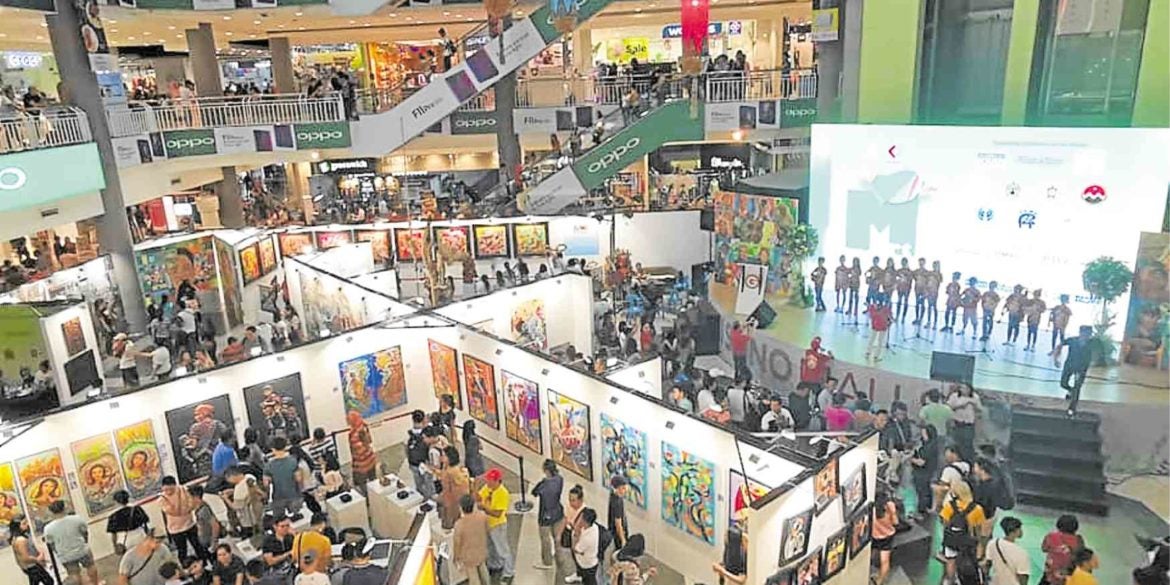 Museums and Galleries Month 2019 most extensive and most successful yet

October is coming to a close, but the 2019 edition of Museums and Galleries Month (MGM) is proving to be the most extensive if not the most successful yet since Presidential Proclamation No. 798 was issued in 1991 to mandate the observance.

From the ManilArt fair to the Philippine Museums Summit, the just-concluded MindanaoArt, to the international exhibit “From Dhaka to Manila,” the MGM has been one wild enjoyable ride across the spectrum of Philippine culture and heritage.

The flagship project of the Subcommission on Cultural Heritage of the National Commission for Culture and the Arts (NCCA), MGM has for its theme this year, “Building the Nation, One Exhibit at a Time.”

“The theme acknowledges the role of museums and galleries as instruments in creating national consciousness for Filipinos,” said Fr. Harold Rentoria, OSA, commissioner of the NCCA.

Also opened over the weekend is the ARTarp outdoor banner exhibit featuring images of Filipino artworks shown in the recently ManilaART. Supported by the Intramuros Administration, the exhibition of art works on tarpaulin banners can be seen around the busiest areas of Intramuros, such as Plaza Roma and Muralla and General Luna Streets.

Still running at the NCCA Gallery in Intramuros is the international exhibit, “From Manila to Dhaka,” a reunion exhibit of artists who participated in the 18th Asian Art Biennale, held in Bangladesh.

“This exhibition is [the product of] friendships formed during the Dhaka Biennale,” said Philippine artist and exhibit organizer Tres Roman. “This underscores that despite our diversity in disciplines, traits, beliefs and cultures, the world can still come together through art and that artists can be a medium for peace, goodwill and harmony.”

Among the works on exhibit at the NCCA Gallery are by the late Bangladesh national artist Kalidas Karmakar.

MindanaoArt at G Mall in Davao City was the first Mindanao art fair with simultaneous exhibition programs and conferences as component activities. It brought the promise of a more profitable and sustainable art industry in the region. “This event recognizes that Mindanao plays a big role in the efforts of promoting national consciousness and pride in our rich culture and national identity,” said NCCA Executive Director Al Ryan Alejandre during gala night.

Meanwhile the Visayas press conference was held on Sept. 30 at the National Museum of Philippines’ Western Visayas Regional Museum in Iloilo City. The museum is a reuse of the century-old provincial jail of Iloilo built in 1911. It houses five galleries exhibiting the rich culture and history of Western Visayas.

Amado Alvarez, head of the NCCA National Committee on Museums, praised the “dynamic” museum-and-gallery scene in Iloilo. “There are gallery exhibits here that are happening simultaneously, even in academic institutions,” he said. “What’s good in the community here is that they appreciate what the creative industry can offer.”

John Delan Robillos, head of the NCCA National Committee on Galleries, urged broad support for MGM 2019. “We hope that the celebration will [make] locals appreciate and understand the importance of supporting museums and galleries.”

The national kick-off ceremony was held on Oct. 1 at the Iloilo Museum of Contemporary Art (Ilomoca) in Casa de Emperador of Megaworld’s Festive Walk Parade in Iloilo City. Ilomoca is the first museum in the Visayas region dedicated to modern and contemporary art.

On Oct. 7 to 9 was held the very important Plotting Points 2019, the biennial Philippine Museums Summit at the Yuchengco Museum in RCBC Plaza, Makati. The meeting gathered public and private museums in improving the quality of museum spaces and programs.

Outgoing NCCA Commissioner Father Rentoria said MGM through the years had become a major national celebration. In order to further institutionalize the celebration and make people aware of the importance of culture and heritage, he advised, “Make programs and events that have stronger impact—that are closer to home—to the ‘Filipino heart,’ and celebrate Museums and Galleries even after October!”

Museums and Galleries Month runs until the Oct. 31. Visit www.ncca.gov.ph for the calendar of events.