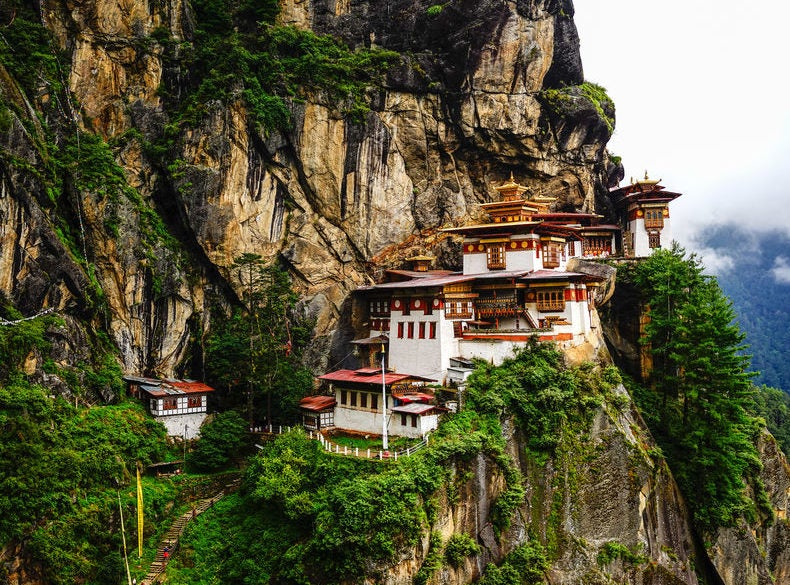 Lonely Planet: Bhutan the best country to visit in 2020

THIMPHU — Bhutan is named the best country to visit in 2020, above England and North Macedonia, in the Lonely Planet’s travel guide book, “Best in Travel 2020.”

The country’s low impact tourism policy, its rich culture and tradition, and sustainable practices are the reasons why Bhutan hit the publisher’s top list.

When it comes to sustainability, being the first carbon-negative country in the world, the country leads the pack, according to Lonely Planet. “Its sustainability efforts are extraordinary. Bhutan is set to become the first fully organic nation.”

He said it was because of high-value-low-volume tourism policy that the country had specific regulations for the visitors such as requiring the travellers to visit the country through a tour operator and having to pay a minimum daily fee.

TCB’s media spokesperson, Damcho Rinzin, said that Bhutan being recognized as the best country to visit in 2020 out of 195 countries was an honor.

The entry for Bhutan states that Bhutan offers travelers a unique experience of mountain hikes through pine-scented monastery-crowned hills along magnificent trails unspoiled by litter.

“The kingdom prioritizes its ancient Buddhist traditions, while still embracing global developments,” it states. “Here, you will find a fascinating blend of the old and the new among kind-hearted people whose time-honoured beliefs, keep them uniquely in tune with their environment.”

Having to pay a daily tariff to set foot in Bhutan, according to the publisher, is also why travellers should visit the country in 2020. “This means it won’t get any more crowded and its natural beauty and reverence remain protected.”

Dorji Dradhul said Bhutan was called the last Shangri-La, an exclusive tourist destination, by those who had visited the country and who knew about Bhutan. “We at the TCB feel it’s long overdue.”

Since the Lonely Planet ranked Bhutan as the best country to visit in 2020, it would further encourage TCB to make Bhutan known internationally, he said.

This year, TCB has set an ambitious vision of taking tourism to the top.

Dorji Dradhul said this meant making Bhutan the number one tourist destination and also making tourism the country’s number one revenue generator. But not at the cost of Gross National Happiness, he added.

He said the stakeholders, every citizen, must work hard to take tourism to the top.

“We are planning to work with them. It may cost us, but we feel it is worth it as some countries like Malaysia are using the platform,” he said. “We are also trying to participate in global events on tourism, not necessarily travel fairs.”

TCB is also in the process of developing a communication strategy for tourism. “We are working on developing a promotion and marketing strategy.”

Promotion and marketing at a global level by making use of technology, global media and social media are seen as some of the opportunities.

Within the country, he said many things need to be improved.

“We are working on improving and strengthening our services and infrastructures like road site amenities, improving site management and quality of guides, among others,” he said.

Damcho Rinzin said TCB was working on an event to celebrate this achievement and honor.