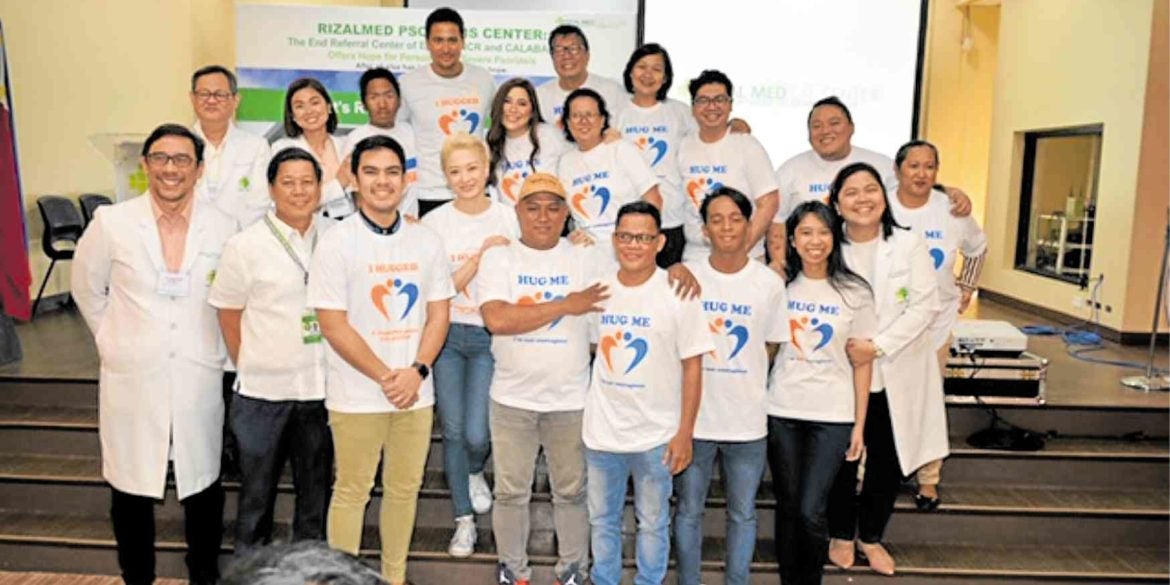 Psoriasis, which manifests as scaling on the skin’s surface, could also be the result of repressed emotions

Psoriasis, a chronic autoimmune condition, spurs the rapid buildup of skin cells, causing scaling on the skin’s surface. But what may initially appear to be a simple case of dandruff may be a form of a more severe skin disorder, said Dr. Jamie Nuñez, head of the psychosocial committee of the Psoriasis Center of the Rizal Medical Center (RMC).

Skin cells, whose life cycle is typically one month, grow deep in the skin before rising slowly to the surface and falling off. But in psoriasis, the process of skin production is accelerated, giving very little time for the skin to fall off. This rapid overproduction causes a buildup of skin cells.

Psoriasis typically looks like red or pink plaques of raised, thick, scaly skin, or small flat bumps. It commonly affects the skin on the elbows, knees and scalp, though it can appear anywhere on the body. Because of its unpleasant physical manifestation, there is a stigma around the disease.

“What we see are the physical symptoms, but what we don’t see is what is inside that person. The most common symptom of psoriasis is anger, repressed emotions that often manifest as depression,” Nuñez said.

Nuñez said psoriasis is a skin condition associated with many morbidities.

A third, for example, have or will develop psoriatic arthritis, a condition where joints are affected, causing debilitating symptoms including pain, stiffness and irreversible joint damage.

The skin disorder is also associated with other serious health conditions, such as diabetes, cardiovascular disease and depression.

“Psoriasis is not only a skin disorder. It is a whole illness of the person’s physical, emotional, spiritual and mental state,” Nuñez said. “The one you see on the surface is the least of their problems. It is a disease of the mind and soul.”

Fifty-two percent of psoriasis patients have social problems, Nuñez said. There is no cure for psoriasis, so medical doctors must also be aware of the psychological issues affecting the patients, he said.

A report that appeared in the Journal of the American Academy of Dermatology in November 2012 noted that people with psoriasis are nearly twice as likely as people without psoriasis to develop additional autoimmune disease, which is when the body’s defense system begins attacking itself.

While the disease is not contagious, the cause is more genetic and environmental, said dermatologist and head of RMC Psoriasis Center Dr. Lily Lyralin Laconico-Tumalad. “Genetics will predispose you to the disease, and the environment will trigger its symptoms.”

A genetic predisposition to the disease, however, is small. The US-based National Psoriasis Foundation, the world’s largest nonprofit organization serving psoriasis patients, reported that an estimated 10 percent inherit the genes. Still, only 2 to 3 percent actually develop the disorder.

RMC launched the Psoriasis Center to provide a full spectrum of diagnostics and treatments for patients, including mental and spiritual needs. The Center will be the end-referral of Eastern Manila (Pasig, Mandaluyong, San Juan, the area of Quezon City bordering Rizal, Makati, Pateros, Taguig) and neighboring provinces (Cavite, Laguna, Batangas, Rizal and Quezon).

Psoriasis patient and president of PsorAsia, Paul Mendoza, said many Filipinos with psoriasis are denied school and work opportunities, discouraging others from pursuing their aspirations. “We need to work together to eliminate discrimination and the social stigma associated with psoriasis.”

RMC Psoriasis Center prides itself in a multidisciplinary team of dermatologists, rheumatologists, cardiologists, endocrinologists, pediatricians and other medical experts. It is equipped with a broad range of treatment modalities such as topical medications, the latest phototherapy machine that doesn’t burn the skin and injectables (biologics).

Biologics, targeted therapies that block only the parts of the body’s immune response for the overgrowth of skin cells, are more effective in treating severe psoriasis compared to drugs that typically work on the entire immune system, said Dr. Francisco Rivera, chair of the dermatology department of RMC.

RMC’s dermatology department has also created a clinical pathway for psoriasis. This, said Tumalad, means that there are immediately standardized, evidence-based management plans for the disease that can “identify an appropriate sequence of clinical interventions and expected outcomes.”