How the dead live on on Facebook | Inquirer Lifestyle ❮ ❯ 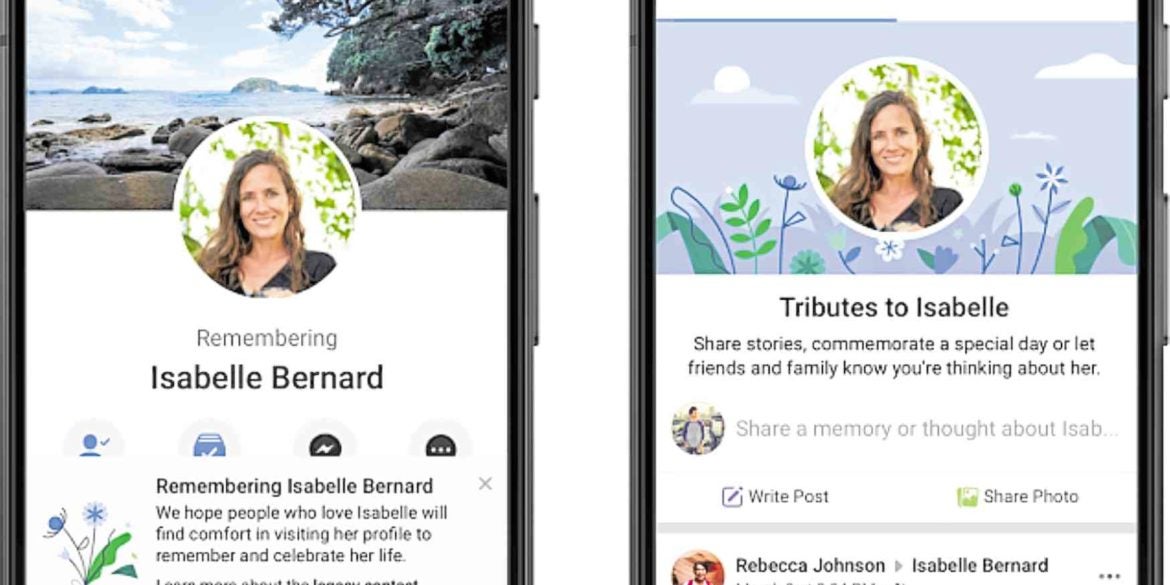 While you’re alive, you can decide the fate of your digital remains

Two weeks ago, while scrolling Facebook, I saw on my feed some greetings to a good friend from college.

Standard wishes, which normally would have prodded me to also post on his wall. Except I didn’t, because the posts were but a sad reminder that my friend is no longer there to read it: He died six years ago, from a heart condition.

The Facebook greetings, however, made it seem like my friend was still around. There was no “in heaven” or such at the end of the “happy birthdays.” When I revisited his wall as I was writing this, another wrote “belated happy birthday,” which sounded even more absurd.

Today’s dead live on in the infinite vastness of the digital graveyard that is Facebook. The repository of their digital remains becomes a place where we the living go to remember and honor them—the cyber equivalent of a tomb or an ossuary.

A study by researchers at University of Oxford Internet Institute published last April estimates that in 50 years, the dead could exceed the number of the living on the social networking site, which was founded in 2004. According to Facebook, there were 2.41 billion monthly active users around the world in June. Other sources estimate about 70 million Facebook users in the Philippines.

About 8,000 Facebook users die every day, estimates a paper published in 2015 in the Jurimetrics Journal of the American Bar Association.

In 2015, Facebook added a feature that allows an account owner to create a sort of living will to decide the fate of his/her Facebook page in the event of his/her death. (On the top right corner of your page, click the drop-down tab to Settings, then Memorialization Settings.)

The user can designate a “legacy contact” in the event of his/her death. Upon the user’s death, the legacy contact or a verified family member must inform Facebook, which in turn sets the page into a “memorialized account.”

According to Facebook’s Help Center, the legacy contact will manage the user’s memorialized account: S/he can create a pinned post “to share a final message” on behalf of the deceased or provide info on the wake/funeral service, manage tribute posts, or update the deceased’s profile photo. (It may be prudent to give your chosen legacy contact a heads-up when you elect them, instead of them hearing the macabre news from Facebook.)

The user can also opt to have his/her account permanently deleted upon his/her death.

Upon receiving notice of a user’s death, it’s Facebook policy “to memorialize the account,” where family and friends can share memories. For memorialized accounts, the word “Remembering” appears next to the user’s name on the profile page. There’s also a line that says: “We hope people who love (name of the deceased) will find comfort in visiting (his/her) profile to remember and celebrate (his/her) life.”

A family can also request for the deletion of the user’s page, pending verification, like providing a death certificate, power of attorney, or such.

Parents of minors automatically become their children’s legacy contact, according to an updated policy of Facebook, in a newsletter by chief operating officer Sheryl Sandberg last April 9.

“In addition to creating supportive tools, we also hope to minimize experiences that might be painful,” Sandberg wrote. “We’ve heard from people that memorializing a profile can feel like a big step that not everyone is immediately ready to take.”

Instagram, the photo-sharing site owned by Facebook, also has a feature that allows memorialization of a dead user’s account, which begins after a verified family member provides pertinent documents. Like Facebook, the memorialized account’s existing posts, info and settings cannot be modified.

On Twitter, a verified family member can request for the deactivation of the account of the deceased.

Upon checking, only two of at least six of my recently deceased Facebook friends have memorialized accounts. It appears my college friend’s family did not (has not, or chose not to) inform Facebook of his passing —his profile page is exactly as he left it in 2013.

This might explain why some of his friends were greeting him as if he was alive—they probably don’t know he’s dead (despite posts on his wall by family on his recent death anniversary—but that’s another story). We on his Friends list still receive reminders on his birthday. And, very likely, his name is still suggested in People You May Know.

That means, by this time next year, we’ll still receive his birthday reminder. And, quite likely, some oblivious chump will greet him a happy birthday.