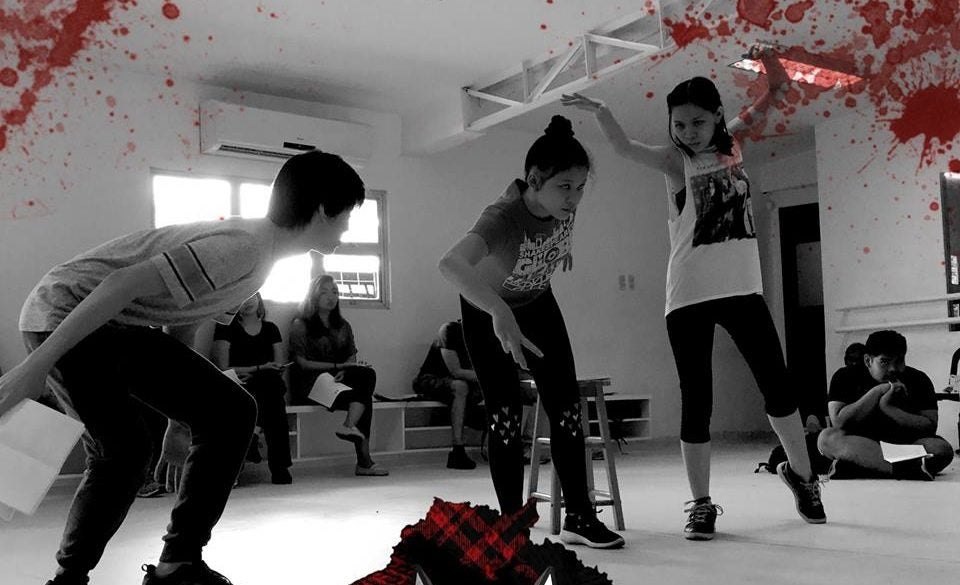 From Theatre Titas, ‘Macbeth’ for millennials and Gen Z

How do you make Shakespeare new for a young audience? ‘You don’t’

Something wicked this way comes—again.

Only eight weeks ago, Manila was shook by the sudden cancellation of the Rose Theatre Company’s international touring productions of “Macbeth” and “A Midsummer Night’s Dream,” intended to play a weeklong stint in repertory at The Theatre at Solaire.

Now, a new “Macbeth” is sharpening its knives in preparation for opening night next weekend. This homegrown production is care of the fledgling company Theatre Titas, with direction by Carlos S. Cariño.

“[The] Philippine market is ready to pay premium prices for a Broadway musical, [but it] may not be ready to pay the same for a straight play—be it Ibsen, Beckett or Shakespeare,” say Titas cofounders Cheese Mendez and Chesie Galvez-Cariño.

In fact, the last time an international production of Shakespeare made a splash in Manila was in 2015: “Hamlet” by London’s Globe Theatre—and even that played only two performances in the relatively diminutive Tanghalang Aurelio Tolentino of the Cultural Center of the Philippines.

Still, the Titas remain undaunted. “It’s not cheap to mount a play, much less import one,” they say. “Then there’s the challenge of convincing would-be audiences that watching Shakespeare can be exciting and rewarding.

“So marketing our ‘Macbeth’ has become all about teasing the audience and showing them little by little all that’s intriguing about this 17th-century play: a usurper, a tyrant, murder, betrayal, witches. Some hit musicals today [like ‘Hamilton’] even use lines from the show.

“How do you make Shakespeare new? You don’t. What [Shakespeare] says is as old as time. The reality of a tyrant ruling over a nation, silencing those who oppose his will, is still so prevalent and current. ‘Macbeth’ is naturally political, so there’s no need for us to intentionally tie up his character or situations to any political persona. The audience will make those connections and conclusions naturally.

“[Viewers] may not find common ground with someone who murders his way to becoming king, but there will always be someone in the audience who knows what it’s like to want something so badly that he or she is willing to defy all odds to get it and turn a blind eye at the consequences of his or her actions.”

The bigger challenge, the Titas say, is in reaching the millennial and Gen Z generations—how to show a young audience that Shakespeare is “not just words on a page [or] characters and lines to memorize for tests.”

“The challenge for Carl, our director, and the entire cast and crew, is to tell ‘Macbeth’ the way Shakespeare originally envisioned and staged it: with a simple set and minimal props, through an actor-centric production that will speak the lines of The Bard with clarity and meter.

“It will be a fast-paced ‘Macbeth’ and a very kinetic one, with movement—[by former Philippine Ballet Theater artist Joanna Foz Castro]—as a very important element of our staging.”

Starring alongside an 18-person ensemble will be Tarek El Tayech in the titular role, with Issa Litton and Anne Gauthier alternating as Lady Macbeth. —CONTRIBUTED