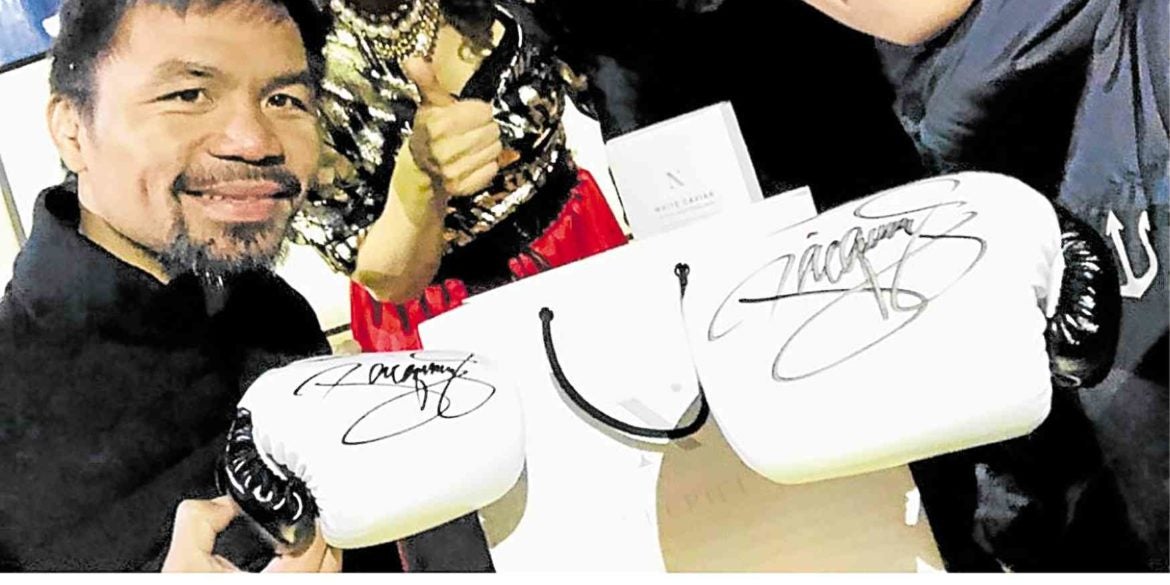 Not even Filipino celebrities are immune to the charms of Korean stars.

Anne Curtis and Jinkee Pacquiao were on separate trips to South Korea this past week, and met their K-drama idols.

Actress-host Curtis, who has been unabashed on social media in fangirling over Gong Yoo (“Goblin,” “Train to Busan”), was one of the influencer-guests in the store opening of luxury French malletier Louis Vuitton in Seoul’s Gangnam district, where LV ambassador for watches Gong was also a guest.

In her Instagram, Curtis (13.1 million followers) admitted “dying a little” as she waited her turn at the photo wall just behind Gong.

She also posted a photo of finally coming face-to-face with her idol—both dressed in looks from LV’s Fall-Winter 2019 collection—in the Insta stories of Elle Singapore, which she took over for the LV event. “Dream come true,” she wrote.

Meanwhile, Jinkee Pacquiao brought along her husband, Sen. Manny Pacquaio, and their three younger children to the set of Bench endorser Ji Chang-wook’s drama, “Melting Me Softly,” where the actor took a selfie with, not Jinkee, but—surprise!—boxing champ Manny. The actor posted the photo on his Instagram.

Jinkee also posted a photo in front of the food truck she sponsored for the filming crew, bearing a tarp with her name and the words “Jichangwook forever” next to the actor’s mug.

The Pacquiaos also presented the actor with white boxing gloves autographed by the boxer-senator.

This was not the first time Jinkee met her idol. When Ji was on mandatory military service, the Pacquaio couple reportedly visited the actor in the army camp outside of Seoul. —CVM