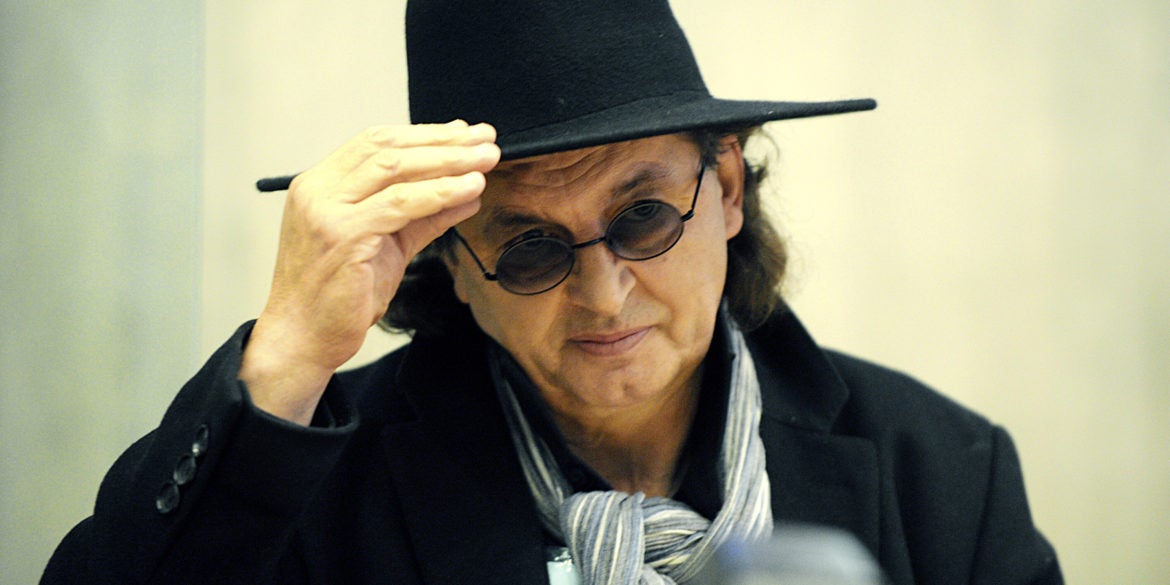 French chef Marc Veyrat waits in the courtroom of the Annecy courthouse, on November 27, 2015. Annecy's criminal court summoned Veyrat to appear for "several environmental violations" in Manigod where he owns a restaurant and a familial estate. AFP PHOTO / JEAN-PIERRE CLATOT (Photo by JEAN-PIERRE CLATOT / AFP)

A French celebrity chef who is suing the Michelin guide for suggesting he used cheddar cheese in a soufflé was named as one of the 10 immortals of haute cuisine Monday by the rival Gault & Millau guide.

Marc Veyrat was given a permanent place in the new academy of the “Golden Toque” alongside Guy Savoy, Alain Passard, Alain Ducasse and other legends of French cuisine.

The news was seen as a swipe at its arch rival Michelin, who Veyrat accused of “dishonouring” him by stripping him of his coveted third star in January.

The chef — a larger than life figure instantly recognisable for his wide-brimmed black Savoyard hat and dark glasses — is taking the guide to court later this month to try to force Michelin to hand over its inspectors’ notes.

Gault & Millau announced its new academy featuring the 10 pillars of French cooking as it named Arnaud Donckele as its chef of the year.

They described his cooking at La Vague d’Or restaurant in the chic French Riviera resort of Saint Tropez as poetry on a plate.

While the prize is usually given to emerging chefs, the 42-year-old is already a big name, holding the maximum three Michelin stars.

Bally said that in a divided and splintered culinary world “with Arnaud Donckele you will find the essence of taste that everyone can agree on.”

Donckele, who is set to open Le Cheval Blanc restaurant in Paris next year, told AFP that his cooking was “complex” but also designed to please everyone.

Famous for his exquisite reductions and sauces, Donckele’s signature dish was inspired by a sandwich that a fisherman once gave him.

“Chopin of amberjack done after the fashion of Victor Petit” was also influenced by a salad from the interwar years Donckele discovered in the writing of a gastronomic journalist from the period.

Gault & Millau’s head of tasting told AFP that “even if Donckele’s cooking is very complex, it is never complicated.

“What he is looking for above all is the extreme purity of taste and the association of flavours,” he added.

Gault & Millau named Jessica Prealpato — already crowned as the best pastry chef in the world by the 50 Best ranking — from Alain Ducasse’s restaurant at the Plaza Athenee hotel in Paris as the best patissier of the year alongside Max Martin from Yoann Conte’s two-star establishment on Lake Annecy near Geneva.

Conte is an acolyte of Veyrat, 69, who made his name with so-called “botanical” cooking, employing the wild herbs gathered around his restaurants in his native Haute Savoie region.

The controversy around his lost Michelin star centres on claims that its inspector mistakenly thought he had adulterated a souffle with English cheddar, instead of using France’s reblochon, beaufort and tomme varieties.

“I put saffron in it, and the gentleman who came thought it was Cheddar because it was yellow. It’s just crazy,” Veyrat said.

He also claimed that a new generation of editors at the head of the Michelin guide were out to make their names by taking down the giants of French cuisine.