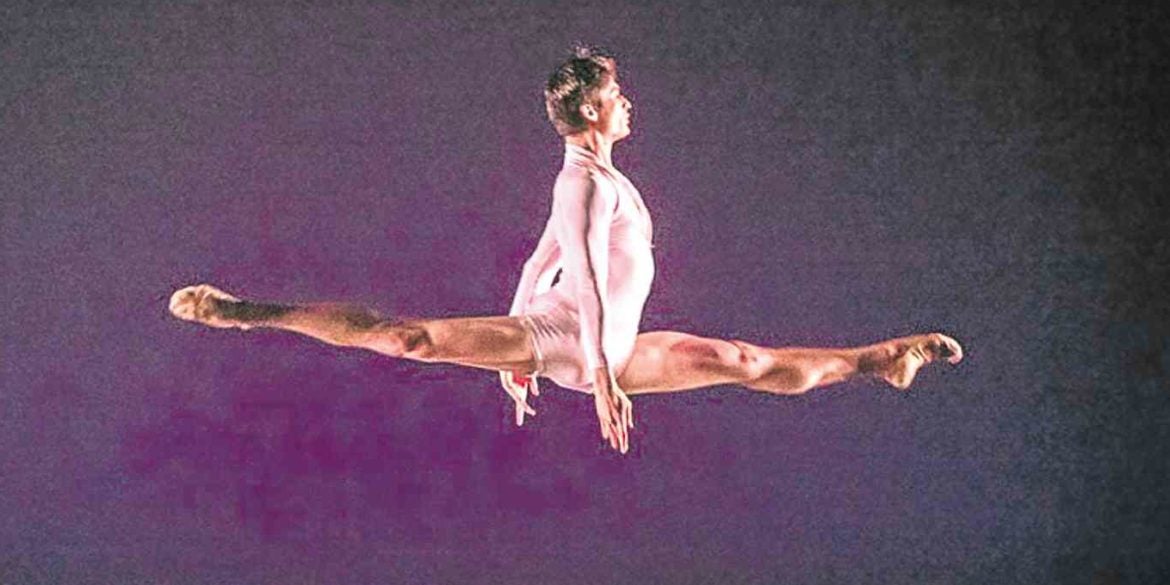 Artistic talent is nurtured in the home—‘Don’t be the first to violate the rules, and do what is asked of you’

Fil-Am danseur Derek Drilon left the audience in awe with his silken turns and hypermobile extensions. In his solo, he soared across the stage, giving the illusion of suspending in space for a few moments, his legs curved like a bow.

The occasion was Ballet Philippines’ (BP) alumni homecoming concert at the Cultural Center of the Philippines. Former BP members who had become ballet pedagogues presented their students during the showcase.

A corps member of the Joffrey Ballet in Chicago, Derek is the son of former BP principal Maricar Drilon. In her prime, she was a powerhouse of a performer, gifted with graceful limbs and expressive movements.

Derek’s talent was nurtured at home—not surprising because Maricar herself had been reared in a similar setting: Her mother, Mercy Drilon, was at one time the principal dancer of the Philippine High School for the Arts.

Mercy was strict with her daughter. “She would say, ‘Don’t be the first to violate the rules, and do what is asked of you,’” Maricar recalled.

As role model to Maricar, Mercy showed passion in her work. She was not only dedicated to teaching students but also saw to their needs. Maricar recalled how Mercy went out of her way to drive the children home from the studio. Although it took three trips, Mercy didn’t mind.

“She’d make sure that the parents felt secure about my mom taking them home,” said Maricar.

Mercy sometimes didn’t charge the students extra and allowed them to immerse themselves in the studio. “All she wanted was to create something positive in their lives and give happiness to the people watching the show,” said Maricar. “She put in endless hours of sacrifice. She was gentle in class and never yelled. I got that from her.”

Maricar didn’t take ballet seriously until her mother brought her to the CCP Dance Company (now Ballet Philippines) summer workshop. The exposure to professional dancers, learning repertoire and dancing at the Main Theater brought excitement in her life. She danced with BP from 1978 to 1983.

When Maricar’s father died in 1981, Mercy told her to start being independent. Maricar said her mother inspired her to live with a sense of purpose and determination, as well as with compassion and integrity.

Life in the US

In 1983, Maricar decided to try her luck in the United States. She danced with Ballet West in Salt Lake City, Utah, for four years.

Suffering from burnout, she took a yearlong sabbatical to
become a certified aerobics teacher.

“Taking a year off gave me a different perspective of dance. I looked at it more positively,” she said.

Returning to dance, she became principal dancer of the Eugene Ballet in Oregon, Nevada Ballet Theater in Las Vegas, Pacific Northwest Ballet, and the Oregon Ballet Theater until she got pregnant with Derek.

Her son was delivered three weeks ahead of schedule in 1996. Maricar returned to work after 10 days.

She opted for a less rigid schedule to raise her son properly. She brought Derek to
the studio in a baby carrier and let him play in the pen.

In 2000, she established her school, Northwest Classical Ballet, in Washington. Today, she is the school principal of Ballet West Academy.

“It’s been a full circle for me. I used to work there as a dancer. Now I’m running one of the satellite schools,” said Maricar, now 58.

Derek took his first ballet class at 5 years old, but he didn’t become serious about dancing until he was 14.

Maricar never pushed her son to be a dancer, although she observed that he was innately musical and had a photographic memory in remembering movement sequences.

Derek looked up to her as role model.

“As a teacher, she was nurturing,” Derek said. “I will always love her for that. She was helpful yet she didn’t force ballet on me. If I was goofing off in class, I’d be the first to be called out. I learned early on that it was not okay.”

Maricar has been a single parent since Derek was 11. She took three jobs to support her son.

Her hard work paid off. Derek enjoyed his childhood. At Northwest Classical Ballet, he developed into a dancer with strong technique so that he took on principal roles in classical ballets and was a guest dancer in other schools.

At 18, he was invited to join the Joffrey Ballet’s company for upcoming dancers, the Studio Company. He was given a scholarship and housing subsidy. He also joined three seasons of the prestigious national competition, Youth Grand America Grand Prix.

In 2016, he won the grand prize for his solo in “Swan Lake” and a contemporary solo.

After receiving his citation, Derek was invited to audition for the Boston Ballet 2. Of the 80 aspirants, he was one of the three dancers who were given an apprenticeship contract.

He danced with the company for two years.

While visiting Chicago, he took a class at Joffrey Ballet which, by coincidence, was conducted by artistic director Ashley Wheater. Wheater then invited him back.

Pushing 23, Derek is enjoying his work as corps de ballet and occasional soloist at the Joffrey Ballet.

He said he measures success not so much by his position but by the obstacles he has overcome and having the skills and initiative to fend for himself.

When Derek makes career choices, Maricar offers suggestions. “Ultimately, it’s up to me. I trust her because she’s experienced so much in the dance world.”—CONTRIBUTED