Da Vinci in Manila: cause for celebration | Inquirer Lifestyle 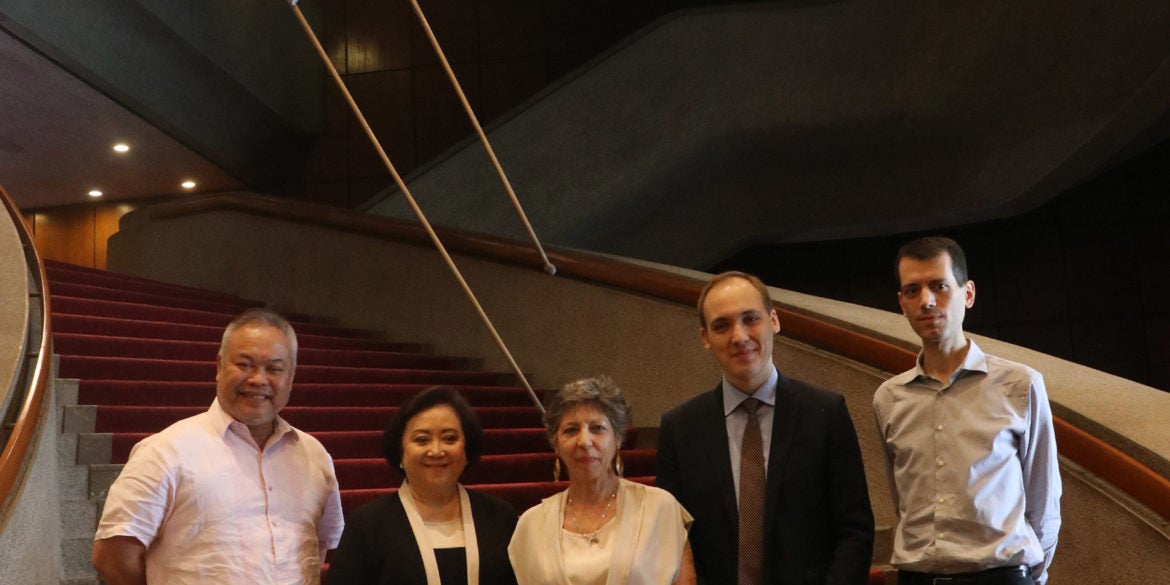 Da Vinci in Manila: cause for celebration

The illegitimate son of a peasant woman and a notary, contemporary of Michelangelo, and close friend of King Francis I of France, Leonardo da Vinci (1452-1519) is considered one of the greatest visual artists of all time, although only 15 of his paintings survive. His fame rests on such masterpieces as “Mona Lisa” and “The Last Supper.”

Truly a Renaissance man during Italy’s golden age, Leonardo had interests that went beyond the arts to embrace invention, science, mathematics, engineering, geology, astronomy and botany.

Francis I called him “a very great philosopher.”

This year marks the 500th anniversary of Leonardo’s death at the age of 67, and Italy has scheduled celebrations in the capitals of the world, including Manila.

In tribute to the great artist who was also a “master cook,” cook-offs were held at St. Scholastica’s College, Lyceum of the Philippines University Manila, and National University on Nov. 5-6. But the core of the celebrations will be held on Nov. 13-21 and will include talks and dinners, film screening, master class and a theater play.

This was announced at a recent press conference at the Cultural Center of the Philippines (CCP) attended by Eugeniu Rotaru of the Italian Embassy, representing Ambassador Giorgio Guglielmino, Alessandro Milani of the Philippine-Italian Association, Silvana Diaz of Galleria Duemila and Zenaida Tantoco of Rustan’s.

A lecture on the secrets of Leonardo’s “The Last Supper” will be given by James Freney, a director of the Philippine-Italian Association at 7:30 p.m. on Nov. 13 at Caruso Restaurant, Bel Air, Makati City. The lecture will place the artist and his work in the context of the Renaissance (from early 14th century to the end of the 16th century), a period that saw the flowering of the arts and a revival of classical learning.

Dinner with a Da Vinci-themed menu will be served after the lecture.

Nov. 14 is strictly for the foodies, and will see the culmination of the cook-offs held this week. At the Lyceum’s Culinary Institute, the three university teams (Lyceum, St. Scholastica and National University) will be given three hours to compete and present their recipes, and produce dishes that would have been served in the royal courts and best restaurants of the era.

Cine Europa 22 will open at Cinematheque Center Manila at 5 p.m. on Nov. 19, with the award-winning film “Being Leonardo da Vinci, an Impossible Interview.” Author Finazzer Flory will discuss the film, which follows two journalists on the trail of the master and who, in a bit of magic realism, finally encounter and interview him.

On Nov. 20, the celebrations shift to CCP’s Dream Theater with a master class by Flory assisted by playwright Lito Casaje. Highlight will be the short film by Flory, also titled “Being Leonardo da Vinci, an Impossible Interview.”

To cap the celebrations on Nov. 21, the film will be brought to life as a stage play at CCP’s Tanghalang Aurelio Tolentino (Little Theater) at 7 p.m. Actor-director Flory will portray Leonardo, with the collaboration of Casaje, caparisoned in period costumes.

The short film was a highlight of the press launch where the audience saw and heard Leonardo/Flory intoning the wise sayings of the great artist: “I am an inventor, an interpreter between nature and man.” “Our intellect is wasted unless it is put to use.” “The natural desire of good men is to know life.” “He who does not esteem life does not deserve it.” —CONTRIBUTED