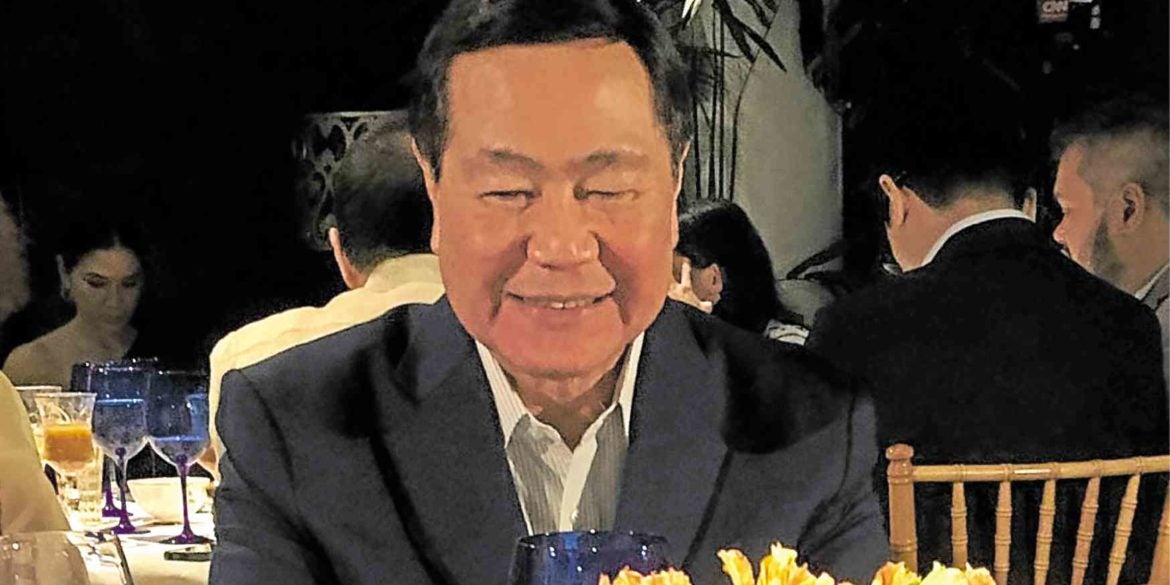 The author gave these remarks at a thanksgiving dinner given by the Asian Institute of Journalism and Communications in honor of newly retired Supreme Court Justice Antonio Carpio at Manila House, BGC, Taguig City, on Oct. 29.

Before anything else, let me say sorry if I may sound selfish and uncharitable. I just can’t bring myself to feel enthused over Justice Carpio’s retirement. I know only too well how retirement inspires a sense of relief and self-renewal in the retiree, and I don’t want the good justice to feel so relieved as to take it easy or so self-renewed as to become transformed. I want him the way he is—the precise way that has made him the man of the times.

In fact, I want him to stay on and on as the shaming force in the Supreme Court, and in that same sense as its saving grace. It is in that court, after all, that all issues of liberty, equality and power inevitably end up for final arbitration. I want him there to sort those issues for the court itself and for the nation—for you and me. Actually, he is about the only court I can fully trust in these times. That his is a singular voice makes it distinct; that it is his voice makes it a distinguished one; that it has a moral energy behind it makes it compelling.

It should be no exaggeration to say that this is the sort of times that try men’s souls, when everyone is expected to make a clear choice of conscience, a choice in which straddling is no different from picking the wrong side—only doing so with absolute cowardice. We have been plunged in a crisis of conscience created by a conspiracy of institutional renegades intent on turning the laws, norms and traditions of civilized life upside down for reasons that can only be sick or willfully malign.

Indeed, the issues of the moment are not only moral; they are not only about crime and punishment, not only about who goes to prison and who gets to keep his or her freedom, not only about who gets a hero’s burial and who goes in the hole and into history deservedly dishonored. The issues here are existential; at stake no less is our democratic way of life. No wonder Justice Carpio has made the issue of wholesale treason vs national sovereignty and self-respect the focus of his interest and taken his case to the larger public.

As a mere observer and recorder of public affairs, I may appear to have overstepped the bounds of my calling and pretentiously gone into social diagnostics. All I know is, I have to make my own existential choice—as does everyone else.

And as it happens, I have had strong help from Justice Carpio.