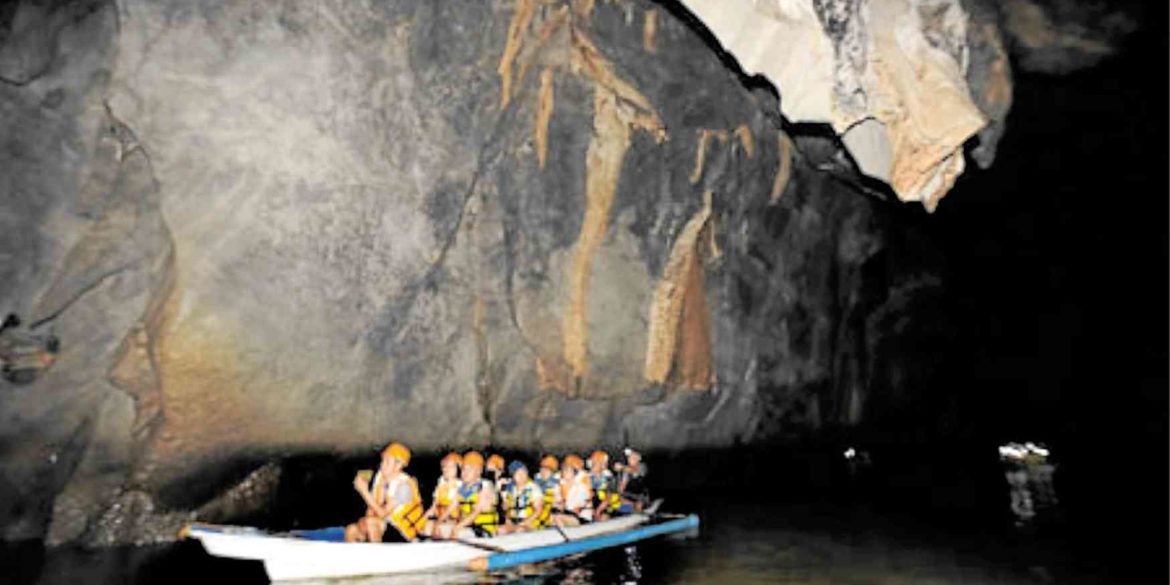 It didn’t even have a decent moviehouse until 2012. Today, this highly urbanized city is kept afloat by community-based sustainable tourism

People tend to forget it also has its share of grim history. In recent years the mere mention of the name would evoke convicts, lepers, boat people, malaria. Two major tragic events, in fact, occurred right in its capital.

Who doesn’t remember the Abu Sayyaf hostage crisis in the Dos Palmas island resort a boat ride across Honda Bay, where over 40 people died nearly 20 years ago? Many do not remember now that 143 American prisoners of war were burned alive in covered trenches by the Japanese imperial forces at Plaza Cuartel near the end of the Pacific War.

What we see now is a highly urbanized city kept afloat by community-based sustainable tourism, teeming with activity yet preserving its environmental integrity. Puerto Princesa is justly called the Eco-Tourism Center of the Philippines.

It is a relatively young city. While the Tabon Cave Complex (over 200 known caves in southwestern Palawan) can be dated more than 50,000 years old, earning it the designation Cradle of Philippine Civilization; and starving remnants of Ferdinand Magellan’s expedition reached northern Palawan after his death on Mactan in 1521; it wasn’t until centuries later that the Spaniards explored central Palawan and founded what is now Puerto Princesa on March 4, 1872.

It became a city only in 1970. Tourist guide Allan Stephen Luneta says it didn’t even have a decent moviehouse until 2012, when a mall was constructed, and no elevator or escalator before that.

Locals recall it was the declaration that year of St. Paul Underground River as one of the New Seven Wonders of Nature of the World that caused the city’s rapid urbanization, when tourists both foreign and domestic started coming in droves.

Puerto Princesa is now sprouting with fashionable places and upscale establishments, hangout joints for hipsters. For the tourist, there are numerous handicraft shops.

Puerto Princesa Bay has the major port of the region, the center of naval operations in the area since colonial times.

The scenic Baywalk skirting the cove is the face of the city welcoming visitors disembarking at the port. Its informal settlers had been relocated in recent years. It is now a lovely esplanade. Just across a side street is a historic structure, the Governor-General’s Mansion. The built heritage is now a sorry sight, long awaiting restoration.

Also nearby, on Rizal Avenue, is Immaculate Conception Cathedral. Erected as a chapel where the first Mass was celebrated in 1872, it was here where Augustinian Recollect missionary and later saint Ezequiel Moreno served for a time. What we are seeing now is a structure built in 1961 in the Gothic style.

Right next to it is Plaza Cuartel, where the infamous Palawan Massacre occurred in 1944. This was a PC barracks turned by the Japanese into a military garrison where they kept and tortured POWs captured in Bataan. The place is now a park.

The Provincial Capitol is unique in its curvilinear architecture, with domed roofing and walls of stone blocks instead of the usual plain concrete. Some visitors mistake it for a mosque.

Within its complex, in the Legislative Buiding, is the Palawan Heritage Center, an interactive museum showcasing the province’s history and culture—from the Tabon Man to the five major indigenous peoples: Tagbanua (from the central area to the north); Batak (central); Palaw’an and its subgroup Taw’t Bato (south); Molbog (south).

Tourists can interact with some of these tribes in the city. Annexed to the Butterfly Sanctuary is a space reserved for a Palaw’an group that does cultural sharing with visitors. They demonstrate how to play their musical instruments or use blowdarts for hunting.

A more extensive cultural sharing is at the Batak Visitor Center in Barangay Concepcion.

Two structures attracting visitors for their architectural beauty are Rancho Mitra and the Chinese Temple.

The vacation house of the Mitra family on a hilltop is open to the public, showcasing House Speaker Ramon Mitra’s memorabilia, family photographs, newspaper clippings, artworks. There’s a zipline and horseback-riding for visitors.

The Chinese Temple is a relatively new structure. This is where tourists can rent costumes and take selfies with the temple’s grandiose facade. Five Buddhist monks live here.

During the Spanish regime, convicts punished with banishment were exiled into the rainforests of Puerto Princesa, with malaria as a kind of death penalty.

When the Americans came, they established the Iwahig Penal Colony in 1904. Hardened criminals who couldn’t be contained in the Bilibid Prison in Manila were sent here for rehabilitation through farming, fishing, cattle-raising, craft-making.

Its face today is the Recreation Hall, a massive structure of solid foundation of hardwood, poured concrete, steel and stained-glass, with a lot of Art Nouveau decorations.

In the cavernous hall, a group of dancing convicts regularly welcome visitors. Their handicrafts are displayed for sale, finely wrought items in hardwood, abaca or stone.

In the wake of the Good Conduct Time Allowance issue two months ago, Iwahig welcomed back 182 returnees. They’re now just waiting for their official papers so they can be finally released.

But some would not want to be released as they can’t find a better life awaiting in the outside world. Life here for persons deprived of liberty is heaven compared to the wretchedness of informal settlers of Metro Manila.

Some 80 km north of the city proper is the Puerto Princesa Subterranean River National Park, declared a Unesco World Heritage Site in 1999 and designated one of the New Seven Wonders of Nature of the World in 2012.

Before the declaration, locals say the road was barely accessible and transport scarce. Now there are checkpoints to regulate the flow of traffic, manned by tourist police.

Just before entering the national park is Ugong Rock, a cluster of rock formations with caves for spelunking and and a zipline. It’s about 30 minutes by boat from Sabang town to the foot of St. Paul Mountain Range, where the Underground River starts from the sea and flows through the limestone karst 8.2 km into the bowels of the mountain—the second-longest such subterranean river in the world (after the one in the Yucatan Peninsula). One chamber, at 360 meters long, is considered one of the largest cave rooms in the world.

The government’s Build, Build, Build program brings about one of the most tragic sights in this ecological haven. At Sitio Magarwak in Barangay. Sta. Lourdes, we see a side of the mountain quarried for aggregates.

Sand and gravel are imported by barge from the neighboring islands of Mindoro and Romblon.

Tomorrow the city is celebrating the Subaraw (from suba, or “river,” and taraw, or “limestone cliff”). It is a biodiversity festival commemorating the date, Nov. 11, when the Puerto Princesa Subterranean River was declared one of the New Seven Wonders of Nature.

The festival is hoped to join national events such as the Ati-atihan, Dinagyang, Sinulog, MassKara and Panagbenga.