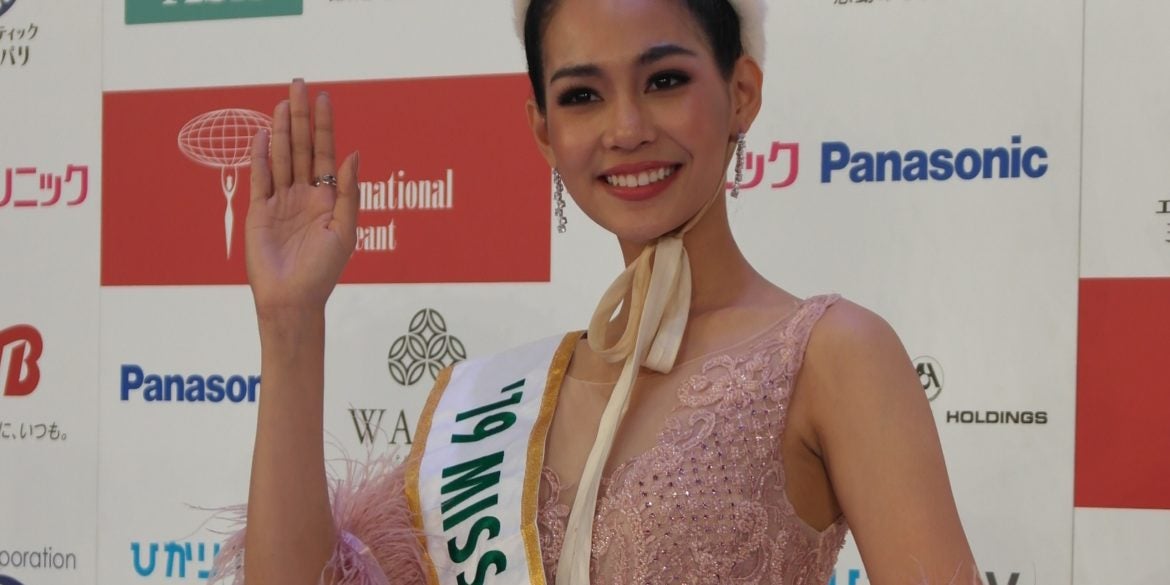 Newly-crowned Miss International Sireethorn Leearamwat’s ‘baptism of fire’ is a press conference immediately after winning. She is the first Thai woman to win the crown./ARMIN P. ADINA

“I worked hard to transform, because it is my ambition to become a beauty queen,” the 25-year-old pharmacist told members of international media after her coronation at the Tokyo Dome City Hall in Tokyo, Japan, on Nov. 12.

“I feel proud for my country, I hope they become proud of me,” she continued.

Leearamwat revealed during the crucial speech segment of the pageant that she was heavily bashed through social media when she was proclaimed Miss Thailand, but she persevered to become somebody worth emulating.

She also offered a better use of social media, instead of criticizing people.

“What I learned from my experience in Miss International is the effective use of hashtags. This year, we have so many hashtags for the different places we visit. These hashtags have a strong impact on social media. We can generate hashtags that promote positive things,” the queen explained.

Leearamwat bested 81 other aspirants in the Tokyo-based pageant, which gathered its biggest haul of delegates in its 59-year history.

She received her crown from last year’s winner Mariem Velasco, the eighth Venezuelan woman to win the title.

The delegates also voted among themselves, per continent, who they believe would be the best representatives for their respective geographical regions.

Leearamwat topped the poll for her continent and was proclaimed Queen of Asia. Hawaii’s Raquel Basco was Queen of Oceania, Libera’s Naomi Nucia Clay was Queen of Africa, Elize Joanne de Jong of the Netherlands was Queen of Europe, while the ladies from the Americas chose Maria Jose Tula Barbis from Peru.

Lawyer Bea Patricia Magtanong, who represented the Philippines, finished in the top eight.

“I’m really happy for Thailand, she really deserved it. She also worked hard for the crown, and she’s a really nice person,” she told Filipino journalists backstage.

“I don’t want to sound biased or what, but I was really praying for an Asian to win. If it’s not me, I really wanted an Asian for the crown,” Magtanong shared.

Half of the top eight delegates were from Asia. Aside from Leearamwat and Magtanong, Vietnam’s Nguyen Tuong San and Indonesia’s Jolene Marie Cholock-Rotinsulu also advanced to the final round of the competition.

Stella Marquez-Araneta, the Colombian woman who won the inaugural edition of the Miss International pageant in 1960, is the chairwoman of the Binibining Pilipinas Charities Inc., which mounts the annual Bb. Pilipinas pageant which selects the Philippines’ representatives to some of the biggest global beauty contests, including Miss International.