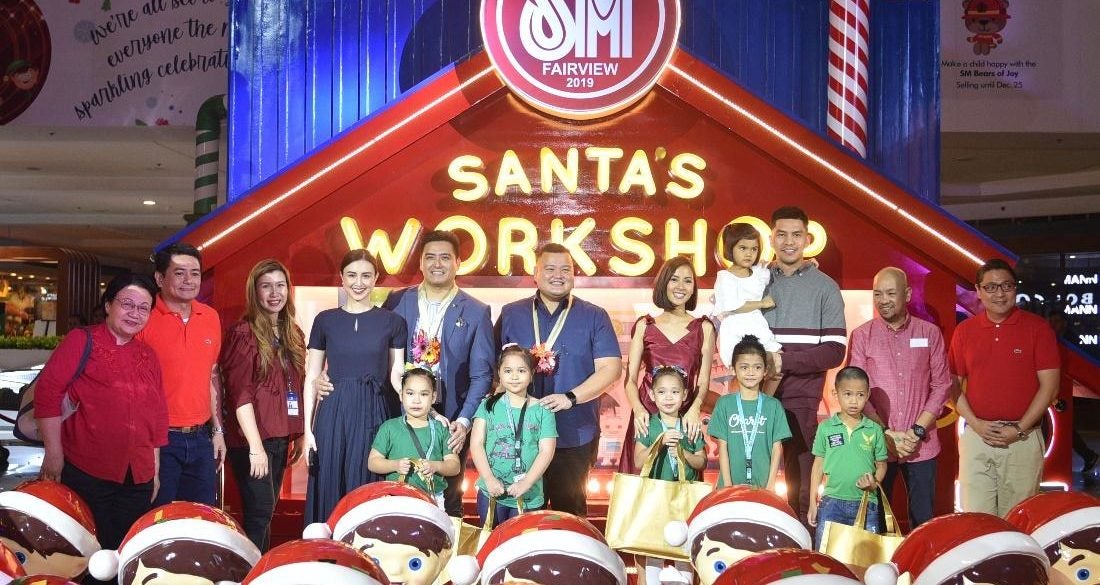 An exclusive after-show program by Bob & Clint Moffatt brought nostalgia to SM City Fairview & took show-goers back to the 90s as they performed their classic hit songs and more.

Christmas at SM City Fairview is definitely one of the most-awaited seasons of the year. This 2019, we invite you to #CometoSMSupermalls as we bring you #SparklingSMallidays and officially unwrap fun-filled activities, dazzling displays, exciting deals, and thrilling surprises to light up the holiday season.

The much-awaited Mattel Christmas is also happening from November 18 to December 1, while Christmas Carols will ring in the season on December 14 with a special guest chorale.

On December 8, 22 & 25, kids and kids-at-heart will get to meet, greet, and take photos with SM Santa. Shoppers can also make a wish for their loved ones for a chance to win exciting giveaways by writing a letter to Santa through the #DearSMSanta mailbox stationed at the Christmas Headquarters, or via www.smsupermalls.com/dearSMsanta. Customers may also join the Digital Christmas Unboxing for a chance to score exclusive deals and surprises from SM City Fairview tenants and partners.

Lastly, Christmas is also for giving and sharing love & happiness to the less fortunate. Everyone is invited to support the SM Bears of Joy 2019 wherein for every pair bought for only P200.00, one bear will be for keeps while the other will be given to SM City Fairview’s chosen beneficiary, Children’s International.