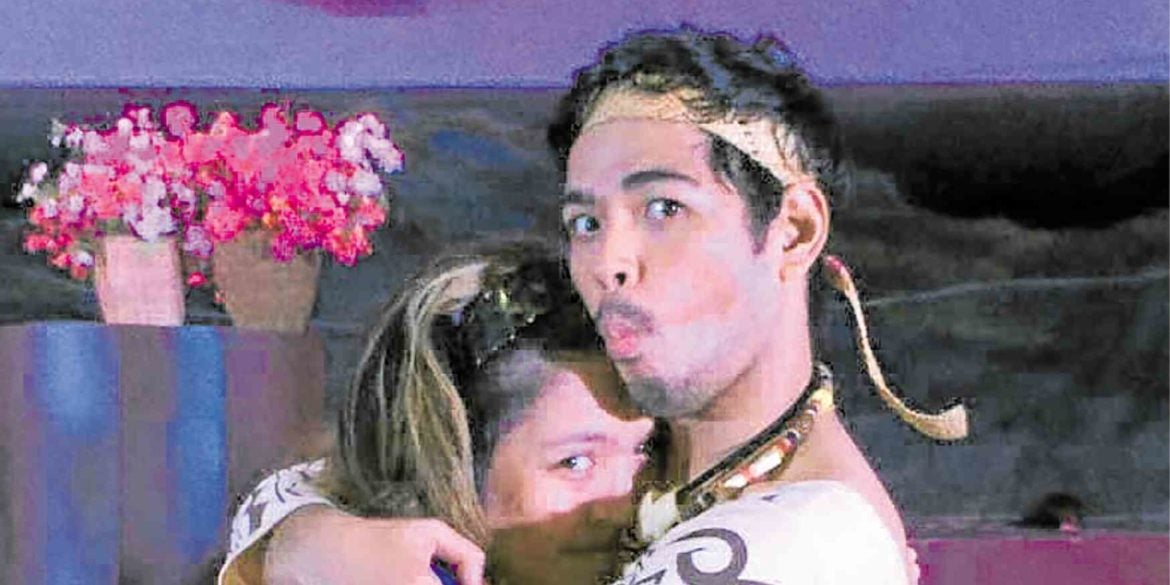 For the folks of Tacloban City, Leyte, who were devastated by Supertyphoon “Yolanda” in 2013, music and the arts played a vital role in their moving forward. Poems, drawings, paintings, songs—even theater.

My best friend Gaby, who also happens to be my nephew, grew up in Tacloban. His father Dr. Ricky Asanza, my cousin, was one of the first responders when Yolanda occurred. Their family survived Yolanda. Many others were not so lucky, some losing both parents and/or all their children and siblings. The mass grave holds bodies unknown.

I cut my Singapore vacation short to surprise Gaby last week, just in time for the world premiere of “Lunop han Dughan—Panaghoy ni Yolanda.” It was his first major theatrical performance as a leading man, there was no way I would miss it.

It’s an artistic collaboration between the University of the Philippines (UP) Diliman’s College of Music and the UP Visayas- Tacloban college. The UP Office of the Vice President for Academic Affairs supported the show coming to fruition through the Enhanced Creative Work and Research Grant.

UP Visayas-Tacloban associate professor Joycie Alegre (director-choreographer) and alumnus Samlito Abueva joined forces with UP Diliman associate professor and soprano Alegria Ferrer (who performed in the show) to create a tribute piece to those who were lost in the tragedy left behind by the supertyphoon.

Abueva wrote the script and composed the original music for the musical, which runs for a little under two hours. He drew from real, firsthand accounts of Yolanda survivors in his life and came up with the moving, emotional show.

The shows were held Nov. 7 and 9, sandwiching the anniversary of Yolanda Nov. 8.

Musical theater is a universal language, I learned from acclaimed director Fritz Ynfante. This served me especially well when watching the shows: I speak absolutely no Waray at all.

“Lunop han Dughan” involves the folklore of Mt. Danglay. Lovers Dang and Mulay were said to have been taken by a giant crab and thousands of years later, in 2013, they are reincarnated but are seemingly destined to be star-crossed lovers in all lifetimes.

Urbano (played by Gaby), an overseas Filipino worker, returns home to a fishing village in Tacloban. He seeks closure as to how and why his longtime love, Maribel (played by Lina Fe Simoy), suddenly cut him off while he was away and married rich dynamite fisherman Turing (played by Pierre Dann Ampo).

The musical explores death, life and renewed hope all in the context of the storm. Beautifully haunting storm surge rondalla music and aria for soprano was composed specifically for the show by National Artist for Music Ramon Santos.

The show was not without some small issues. The lighting section struggled with timing. There were a few moments when microphones weren’t working.

There was also quite a bit of outside noise; as the venue was the gym of Leyte Normal University, the production likely had no control of external forces.

Ferrer shone brightly with her dual role as Iroy Han Kalibungan (Mother Nature) and Ladawan-Tingog Han Bagyo Yolanda (Spirit of Yolanda). The original aria by Santos was crafted specifically for her, and it was magic in itself. She opens the show and from that point on, you just know that the sight of her means a beautifully haunting melody is coming. Ferrer was also heavily involved on the production side as head of lighting.

Simoy portrayed Maribel in ways that made it impossible not to root for her.

Maribel is battered wife to the drunk Turing and mother of three very different but loving children who bore witness to all the abuse. When Urbano returns, there’s a conflict in her because she’s long succumbed to her perceived fate of being a wife and mother.

There is a moment in the show when she lets her guard down and allows herself to let the feelings she long suppressed for Urbano wash over her until Turing spoils the moment. There are so many layers to the character throughout the story, and they were all portrayed with equal amounts of grit and grace by Simoy. 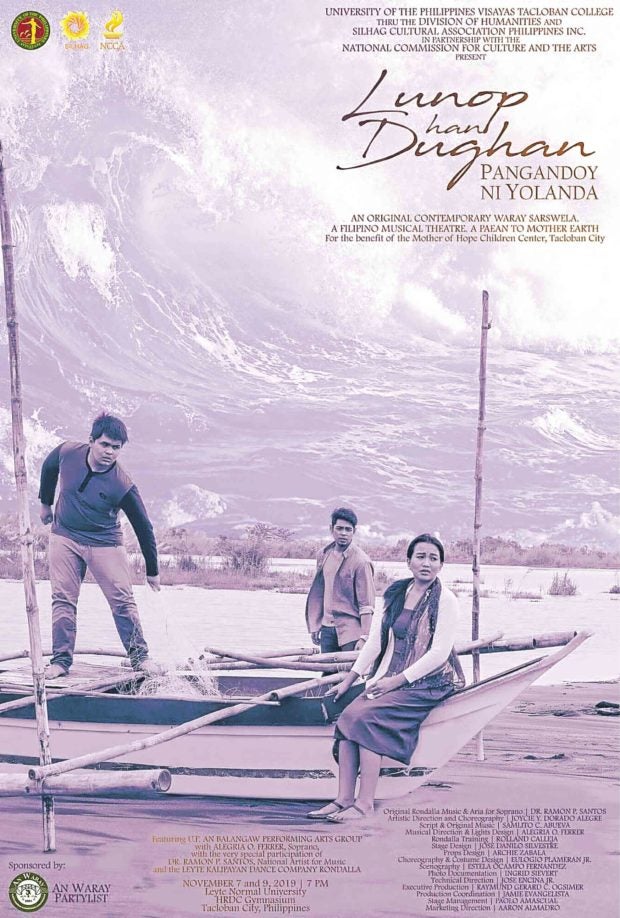 Elizabeth Zamora took on the role of Aliya, eldest daughter of Turing and Maribel, balancing youthful pleasantry and a maturity beyond her years brought on by her father’s abusive tendencies. Her singing voice sounded like she’d sprung from a Disney movie, her dancing fluid but measured.

The Leyte Kalipayan Dance Company and UP An Balangaw Performing Arts Group from UP Visayas-Tacloban also helped bring the story to life with vivid visual effects.

On the day of the Yolanda anniversary, Gaby and his girlfriend offered to show me San Juanico Bridge. On our way there, he pointed out candles that lined the curbs. The candles were pretty much everywhere. When nightfall came, as we drove back into town from the bridge, I spotted townsfolk in white lighting the candles in commemoration.

That image stayed with me the next evening, during the second and essentially last show of that very short run. And when they gave out candles to be lit during a moment in the show where a hopeful hymn was sung, my heart began to soar and I had a renewed understanding of hope.

“Lunop han Dughan” is an outstanding show with a beautiful message. A new day will always come after even the longest of nights.