Tasting the world in a scoop | Inquirer Lifestyle ❮ ❯ 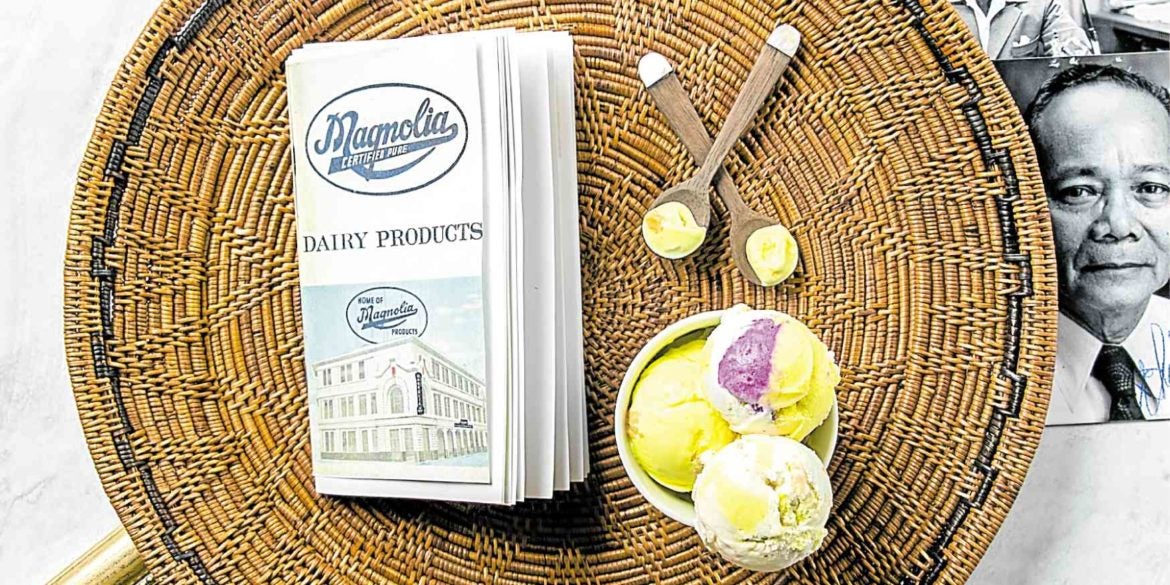 Tasting the world in a scoop

In 2015, JP Lopez and Adrienne Borlongan had a New Year’s resolution: to start their own business. Well, why not an ice cream shop? suggested Lopez’s parents.

Lopez, a California attorney, would be in charge of finance and operations while Borlongan, a chef, would take care of recipe development and marketing. Borlongan, who had been obsessed with food all her life and has a background in food science, had started “tinkering with ice cream” the previous year.

“When I discovered how technical and temperamental ice cream was, I was enamored,” she said.

It was her love for travel that inspired Borlongan to make unusual and unexpected flavors of ice cream so family friends suggested that she name her concept Wanderlust Creamery.

At Wanderlust’s first branch in Tarzana in Los Angeles’ San Fernando Valley region, the couple offered the Bangkok-inspired Sticky Rice &amp; Mango, “still one of the flavors we’re most recognized for … We were the first to do it,” Borlongan said.

Wanderlust Creamery soon became known for its inventive ice cream creations, with some even going viral and spawning a multitude of copycats, like “The White,” a flavor inspired by the Shanghainese White Rabbit milk candy.

Sometimes, it’s not just food that inspires a flavor but a travel experience.

“We’ve made ‘Breakfast at Café du Monde’ (Creole coffee and beignets) and “Vietnamese Rocky Road,” which was inspired by our travel along Hái Van Pass that brings together elements of the road trip—coffee, raw cacao and condensed milk marshmallows,” Borlongan said.

Over the years, the couple infected its customers with the same love for travel by bringing their tastebuds on a journey around the world—from Sweden (Swedish pancakes + lingonberry), Peru (“chicha morada,” a beverage made from purple corn), Iran (rosewater) and Japan (sakura, apple wasabi sorbet and the very popular Japanese neapolitan), to Brazil (cocoa butter passionfruit), Germany (Oktoberfest caramel), Cuba (tobacco chocolate) and Vietnam (Hanoi egg coffee).

Then there’s that trip to the Philippines.

When Wanderlust first opened, Borlongan and Lopez made a conscious decision not to identify their creamery as a Filipino or Filipino-American brand. “Had we done so, we would have isolated ourselves in the market,” Borlongan said.

With no niche market to limit their reach, the company managed to share Philippine-inspired flavors with non-Filipinos, and intrigued fellow Pinoys with their unusual take on old favorites.

Borlongan’s favorite has been the Kapampangan halo halo. “It captures what I love most about eating halo-halo, which is drinking the leftover milk. The ice cream tastes just like it, with textures of soft macapuno, crispy pinipig, swirls of saba dulce de leche and surprise cubes of jackfruit sherbet.”

“The response has been overwhelmingly positive,” said Borlongan. “We have non-Filipinos pleasantly surprised by how delicious things they’ve never heard of taste. We also have Fil-Ams thanking us for making flavors that cater to their tastes like halo-halo without beans and reinventing American-loved desserts with a Filipino twist like pandan tres leches and kalamansi pie.”

The unusual flavors have also broadened the American palate, one of the reasons behind the couple’s venture.

“I remember feeling ashamed and embarrassed of eating my baon of adobo and rice next to snickering kids who had turkey sandwiches during lunch at school. I’m now learning that my experience was actually pretty common for most children of immigrants,” Borlongan said.

Childhood birthdays reflected the same sharp divide, she recalled. “My mom would have to buy two cakes: an ube one for me, and a chocolate one for the other kids who saw the ube cake as ‘gross’ simply because they didn’t recognize the flavor. It’s amazing now to watch white kids walk out of our ice cream shops with purple ice cream mustaches. Something I was ashamed of growing up will now be as normal as vanilla in a few years.”

Today, the busy parents of a 2-year-old son and twin babies run Wanderlust Creamery in four locations—Old Town Pasadena, Venice, Atwater Village, and its original location in Tarzana. On Sundays, the creamery is also at Smorgasburg LA in Downtown Los Angeles.

But more than just promoting Filipino taste, the venture has turned out to be a continuation of a family tradition as well. Though she knew since childhood that her Lolo Eliseo had worked for Magnolia Ice Cream, it was only after Wanderlust Creamery’s success that Borlongan learned that he had spent his entire career developing recipes for the iconic Filipino ice cream brand.

According to Borlongan’s uncle Jack, her grandfather had wanted her father, Daniel, to follow in his footsteps. Instead, Eliseo’s eldest son, a chemical engineering honors graduate, chose to go to Wharton for his MBA. It was the granddaughter who eventually and unknowingly carried on his career.

“Your Lolo Ely would have been very proud of you; you’re the only one in the family who inherited his ‘ice cream’ genes,” Borlongan’s uncle told her.

“It’s all so serendipitous and I feel honored to be part of such a unique history,” Borlongan said. “I mean, who else gets to say they come from an ice cream-making family?”