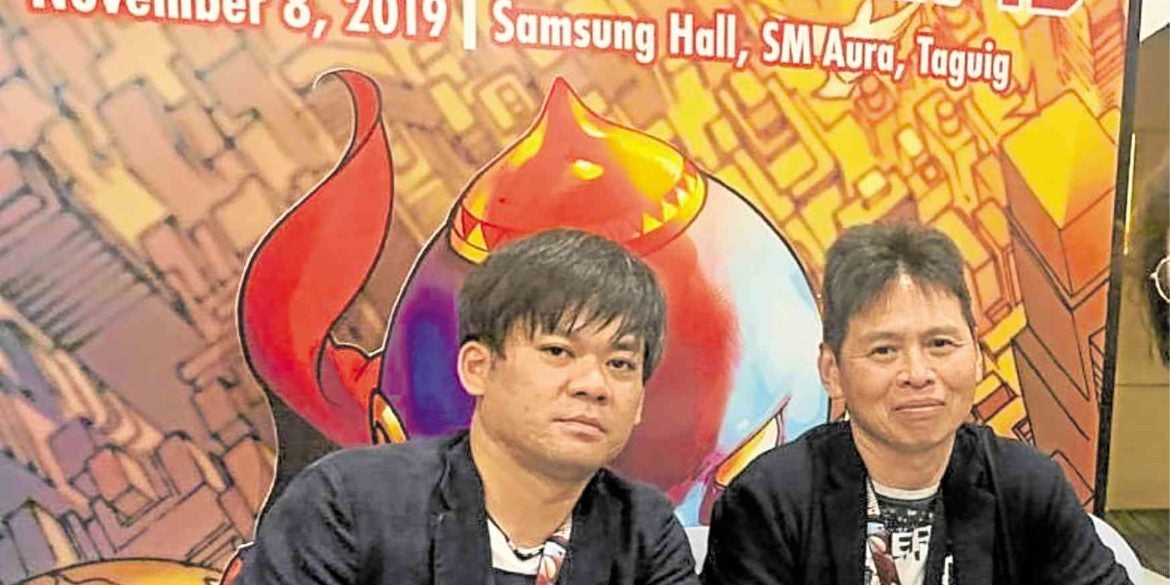 A traditional Japanese dance bookends the modern coming-of-age story of the new anime feature “Okko’s Inn.” Just as it’s a mix of old and new it also blends comedy and drama in much the same way anime is generally hand-drawn with some CGI imagery.

“Okko’s Inn” was originally an illustrated series of books for kids. It concerns the girl Okko, who after the loss of her parents in a car accident, goes to live with her grandmother who runs a ryokan, a traditional Japanese inn. While working there she befriends a troublesome young ghost and a benevolent small demon. An encounter with three guests, each bearing personal issues, at the inn propels her to grow into her role as innkeeper. Eventually she learns more about herself and others to move on from her grief.

The movie adaptation was shown recently under the auspices of the Japan Foundation Manila. Though a little stylized, the movie is typical of anime. It is lovingly rendered and appealing to the senses. Scenes of girl activities such as chilling out, gossiping about classmates, talking summer jobs, shopping and dressing up seem like snapshots of actual observation.

An interview with its creators followed the screening. It was the a highlight of the “Animahenasyon,” a yearly event organized by the Animation Council of the Philippines (ACP), which in recent years has been encouraging original content development.

Grace Dimaranan, ACP president, moderated the interview providing an idea of the process director Kitaro Kosaka and producer Masahiro Saito went through to get the film done.

Saito said the entire process took five years, with three years of actual production. He successfully pitched the idea to investors on the strength of Kosaka’s amazing artworks. These were pencil and watercolor illustrations on half A4-sized paper called “image boards” or “visual story beats.” Colorful and lively, they showed a glimpse of the director’s creative journey.

Saito’s initial two investors later became nine, including one from Taiwan. Anime often tied to the immense manga (comics) fan base is so popular in Japan that at a given time, 200 TV series and 60 features are in production. There are more investors willing to take risk at animation now that anime has achieved global acceptance.

Kosaka is a former animation supervisor from the prestigious Studio Ghibli. He won best animator for Hayao Miyazaki’s “The Wind Rises” at the Tokyo Anime Award Festival. He directed the cycling anime “Nasu: Summer In Andalusia,” the first Japanese anime film ever to be selected for the Cannes Film festival.

At the start Kosaka avoided deviating from the original designs of the core characters so as not to disappoint fans of the original. Though in designing the support characters, his Ghibli tendency took over resulting in discrepancy of the overall character designs.

While illustrating the image boards Kosaka added extra scenes, more than needed for the specified 90 minutes. Producer Saito had to step in to convince the director to sacrifice some scenes.

It took Kosaka a year to finish drawing the the storyboards for the 90-minute movie while also overseeing production preparation. Japanese storyboards are generally still done in pencil and paper.

Since the film was marketed for kids, Kosaka saw to it that the car accident scene that kills Okko’s parents was not violent. Nevertheless the scene remained impactful.

Considering the original fans of the book series are now in their 20s, the director crossed over to slightly mature content. He made Okko’s grief over the loss of her parents the thread to weave together the episodic stories into a whole. There is a young man who cannot get over the loss of a mother, a fortuneteller saddened by a broken relationship she failed to foretell, and a guilt-ridden father who turns out to be connected to Okko’s sad past.

Kosaka admits he is not all familiar with customs and traditions. To familiarize themselves with the subject and its environment his team stayed in an inn similar to the story. In the process they learned more about the local customs and beliefs which were later incorporated into the story. He said environment plays a part in shaping the person that you are.

There is a little of his own daughter in Okko. Just as Okko often imagines her parents alive, Kosaka, after his father’s death, often dreams of him still living only to wake up the next minute. It is unavoidable for personal experience to seep into one’s work when shaping fictional characters and their situations.

If you are not an anime fan, the stylized character design may turn you off. But in tagging along Okko’s journey, she grows on you. The situations relate to life. The funny interactions soften you up. And despite the big eyes and exaggerated globule of a tear precariously perched at corner of these anime character’s eyes, you are inevitably sucked into the story because the emotions the creators put into her situations are heartfelt.

In the same way Miyazaki fashions his films, Kosaka’s image boards are almost a stream of consciousness approach applied to visual story development. From these image boards the essential story beats are highlighted. Only then is a writer is called in to write the script before the director draws the final storyboard.

This intuitive approach to storytelling offers more freedom and surprises, and sense of the natural. It’s an alternative to the Hollywood approach of the three-part structure rule and plot outline graph often taught in film school and screenplay writing blogs.