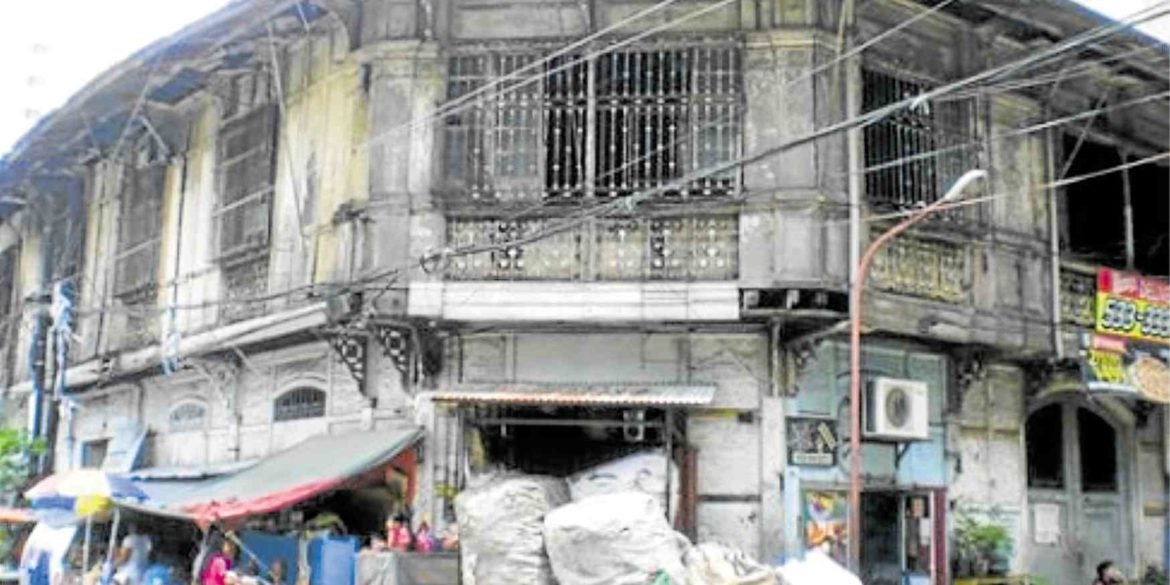 The recent sale of Manila landmarks in Binondo and Sta. Ana districts raised fears of their impending demolition despite their distinction as edifices of national importance.

These heritage structures are the Hilario Sunico House at the corner of Jaboneros and Barcelona Streets in Binondo, and the Pao Ong Hu Taoist Temple at the back of the Nuestra Señora de los Desamparados Church in Sta. Ana.

The Hilario Sunico house has been declared a Category III Heritage Structure by the National Museum (NM) in 2013.

Meanwhile, the Pao Ong Hu Taoist Temple has been declared likewise by NM as an Important Cultural Property (ICP) in 2016.

The Sunico House, also known as the Chan Uanco Sunico House and Sunico-Herras House owned by the famed 19th- to 20th-century bell caster Hilario Sunico was reportedly sold to a major real estate developer while the temple, one of the oldest if not the oldest Taoist structure in the country, was sold to still unidentified buyer.

Maria Cecilia Sunico, Hilario’s grandniece, said the house was built in the 1870s following the great fire in San Nicolas in 1865.

Sunico said the structure was very important since it also housed her grand uncle’s foundry which manufactured bells for the different churches in the country and even in Guam and Vietnam.

“It is among the remaining houses in Manila whose architectural design is along the flowers in trellis style that was vogue during the latter part of the 19th century,” she said.

Cecilia Sunico said the house was frequented by Governor-General Ramon Blanco since Sunico was the Capitan Chino of Binondo.

It was also frequented by José Rizal not only “because of his close friendship with the Sunicos but also because of Josephine Bracken who used to live in the house.”

Boyet Magale, MHTSA tours director, said it would be best if the temple would remain untouched, stressing that the set-up between this structure and the church is very unique since “these are two different worship center built in the early period side by side.”

“There must be something supernatural that may have transpired between the two different structures,” he said.

The Inquirer asked the Manila City Hall for comment, but it did not give any.