Chinese interest in Antarctic vacations is heating up | Inquirer Lifestyle 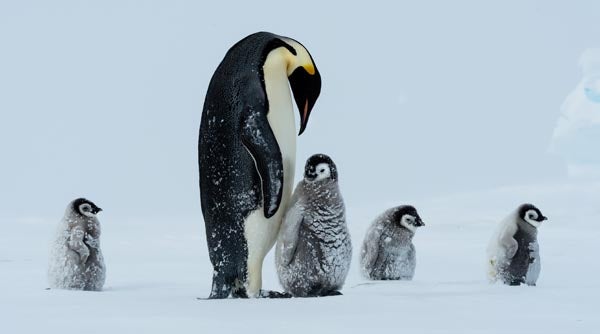 The vast wildness of Antarctica and its stunning scenery attract more Chinese travelers. Over 8,100 Chinese visited Antarctica in its 2018-19 tourism season from October to March, accounting for 15 percent of the total number of tourists, which is second only to the United States. China Daily/Asia News Network

Chinese interest in Antarctic vacations is heating up

BEIJING — Standing in the whiteness of Antarctica, probably the coldest place on Earth, Chinese tourist Yu Tong gritted her teeth and plunged into the water.

A trip to the polar region is a gift she gave herself to celebrate her milestone 30th birthday.

On New Year’s Eve in 2018, she flew from Beijing to Buenos Aires in Argentina. From there, she took a plane to Ushuaia－the southernmost city in the world－before boarding the cruise to Antarctica. She spent over 80,000 yuan ($11,413) on the 18-day trip.

“I’ve travelled to over 50 countries, but when I first landed in Antarctica, I was dazzled by its unparalleled beauty, such as the continuous glaciers and blue ocean,” she says.

“The experience differs every day, but being in the vast expanse of Antarctica, you begin to get a sense of humans’ insignificance.”

Tourists were led by a team of multinational explorers with rich Antarctic experience to visit islands and other spots. They also visited the Great Wall Station, the first Chinese research station in Antarctica.

To protect the environment, they disinfected their shoes before each expedition. They were required to stay at least 5 meters away from wildlife.

Once, when they were on an island, a tourist’s disposable mask was blown away by the wind. An explorer weathered winds and a storm to retrieve it, telling them that “such a small piece of garbage may kill a seagull or seal”.

“It resonated with me. Environmental protection should not be a slogan, and everyone should contribute,” she says.

It’s something she now tries to apply to her daily life. For example, she rarely carries a luxury handbag, opting for a canvas shopping bag instead. And she takes public transportation regularly.

“I’m more prepared to overcome adversity. When I come across challenges or a trifling matter in life, I think these are just minor incidents compared with my Antarctica trip,” she says.

“You bump into various people and learn their stories. Rich or poor, we were just passengers on the same cruise. Everyone’s reason for travelling is different.”

Yu says a young woman, who has lived a frugal life, saved over 40,000 yuan to spend on the cheapest cruise ticket. The woman survived a car accident and wanted to see the “end of the world”.

More Chinese like them are interested in travelling to Antarctica, which has become a bucket-list destination, and the market has more options than ever.

According to the International Association of Antarctica Tour Operators, over 8,100 Chinese visited Antarctica in its 2018-19 tourism season from October to March, accounting for 15 per cent of the total number of tourists, which is second only to the United States.

About a quarter of these Chinese tourists－including Yu－were part of cruises chartered by Alibaba’s travel portal, Fliggy.

At the end of November 2017, Fliggy started its ambitious three-year plan of transporting Chinese tourists to Antarctica for about half the normal market price.

“Our aim is to provide Chinese tourists with good-quality Antarctic-tour products that are more affordable and tell them that it’s not an unreachable destination,” says Wang Bijun, who is in charge of Fliggy’s Antarctic cruise business.

“It’s good value for money. Our price is lower because it’s a chartered cruise.”

She says it normally costs 80,000 to 100,000 yuan for Chinese to travel to the Antarctic. The cheapest price for Fliggy’s package of a cruise ticket, round-trip air tickets and accommodation in Argentina was about 43,000 yuan but that has increased to more than 55,000 yuan for the 2019-20 season.

“The rise in value of the US dollar is a major factor that drives our cost in all aspects. Also, air tickets from China to Argentina during the period are becoming more expensive year-on-year,” she says.

According to Wang, during the 2018-19 season, the company operated five voyages to the region but only two for the current season. That means their average cost for each voyage of the chartered cruise is higher.

“These customers are price sensitive. So, when the price of higher-ticket packages drop, potential customers will take that into consideration,” she says.

She says about 4,000 Chinese visitors joined Fliggy’s voyages in the first two seasons. They ranged in age from between 5 and 75, and about 70 per cent were between 40 and 70.

“Travel to Antarctica is more suitable for those who have both money and time, like middle-aged and elderly people. Chinese youngsters do not always have long enough holidays to take the 18-day trip.”

She says that overseas cruise companies are expanding their market in China with more products. So, tourists will have more choices when they travel to Antarctica.

“It has been about two decades since Antarctic-tour products first appeared in China, but the market has only started to develop since 2010. The Chinese market is still at an initial stage, but it has great potential,” she says.

She says the 2019-20 season is the last time that Fliggy will organise chartered ships to Antarctica, as their contract with the cruise company will end. After that, tourists can still purchase Antarctic-tour products on Fliggy, but they will be provided by other travel operators.

“All cruises have to be reported half a year in advance if they are to enter the Antarctic region. The annual number of voyages is limited,” she says.

She notes that China doesn’t have its own cruises to the polar region. So, Chinese tourists have to board overseas cruises. And, while it’s true that the number of Chinese visitors to Antarctica is rising, there are fewer visitors from other countries, meaning total visitor numbers aren’t increasing significantly.

“Chinese prefer to combine the trip with tours of South American countries, such as Argentina, Chile, Peru and Bolivia, so they can enjoy exotic travel experiences in these countries before they leave for Antarctica,” says Peng Liang, chief research fellow of the big data department of online travel agency Ctrip.

Peng says that some high-end products offer tourists the opportunity to fly to Antarctica, hop on a luxury cruise and join expeditions guided by professional explorers that feature wildlife encounters and unparalleled scenery. Newlyweds can also enjoy a photo-shoot service, with professional photographers capturing the romantic moments of their polar-region honeymoon.

He Yang, deputy director of business in the Americas for travel operator China Tourism Group, says tourists with big travel budgets can take a charted flight from Punta Arenas in Chile to King George Island, the first stop in Antarctica for many tourists.

“It takes 48 hours by cruise ship to cross the Drake Passage to reach Antarctica, and the cruise has to brave stormy waves, but the flight is just over two hours. That means that tourists are able to stay in the polar region longer and see more of the beautiful scenery.”