Hublot’s Jean-Claude Biver: ‘I will not retire’ | Inquirer Lifestyle 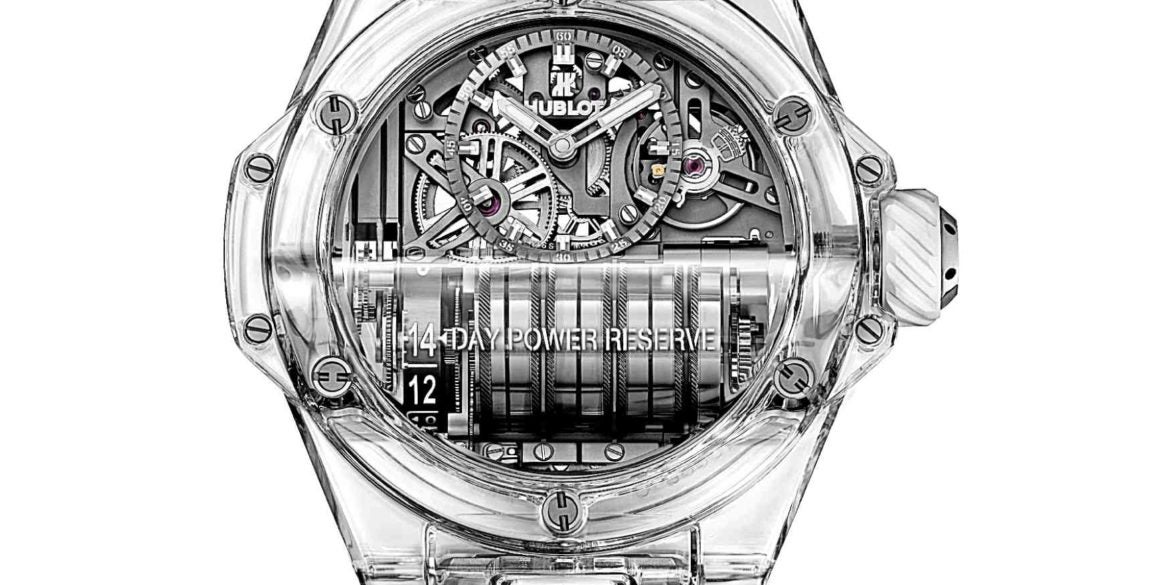 Hublot’s Jean-Claude Biver: ‘I will not retire’

It was only a year ago when Jean-Claude Biver, a fabled figure in Swiss watchmaking, announced that he was stepping down as president of LVMH Watch Division (Hublot, Tag Heuer and Zenith) to recover from an illness.

At the opening of “The Art of Fusion” exhibit of Hublot at Greenbelt 5, Makati City, a fortnight ago, Biver was the picture of health and was his usual chipper self, regaling journalists and VIP guests with stories not just about work and life but also of his other passion: cheesemaking.

He makes his own cheese in the Swiss Alps, which he gifts friends. Cheesemaking, he said, is closely tied to watchmaking, since many of the Swiss watchmakers started as cheese farmers.

“I was ill for 18 months, and this gave me a good reason to enjoy life by working less,” Biver, who turned 70 in September, told Lifestyle. “While I was ill, I thought this was right. Now that I’m no longer ill, I think this is wrong. So I will not retire.” Then he hastened to add with a grin, “But we’ll see.”

Biver, who’s chair of Hublot (pronounced YOO-blo) and  remains nonexecutive president of LVMH Watch Division, is credited for turning around dusty and under-the-radar watch brands. First was Blancpain, in 1981, which became outmoded with the rise of quartz watches. Biver and Jacques Piguet bought it for a song; the company was sold 11 years later for $43 million.

(Biver is widely acknowledged for leading the revival of Swiss mechanical watchmaking, which was nearing collapse in the 1980s as Japanese quartz watches were lording it over the industry. His career and management have been the subject of a study by Harvard Business School.)

The Luxembourg-born Biver moved on to Omega, where he tapped celebrity ambassadors like supermodel Cindy Crawford and German race car driver Michael Schumacher and brought the Omega watches to the big screen via the James Bond films—tripling sales in his 10 years with the brand.

Without a centuries-old heritage to back it up like many luxury Swiss watches, Biver’s tack was to create watches with unconventional materials and bold designs that the more traditional brands would never touch. (Thus, the subject of the recent popup exhibit.)

Biver has mentored many giants in the industry, including Ricardo Guadalupe, Hublot’s CEO since 2012, and who first worked for Biver in 1986. At the Greenbelt event, Biver wore a one-off Hublot Big Bang tourbillion in white sapphire, a gift from Guadalupe on his 70th birthday.

So was he still mulling over acquiring another brand at this point? “I don’t know yet, maybe. I’ve been in good health for only a few months so… I don’t exclude it. I have nothing specific, but there are also brands that ask for me. I am open-minded. I leave the door little bit open.”

Asked if he has sat down with LVMH chairman Bernard Arnault to discuss his future with the company, Biver hesitated, then said with a laugh: “I don’t know, I cannot say.”

What he’s focused on is thinking of ways to give back to the industry that gave him so much, he said.

“When you come close to 80, you must think that the time has come to give back, not to do [more]. I did a lot already. If I’m wise, if I am generous, I should give back. And I should not start something again, because my ego has been satisfied. My success is established. Why would I like to do something again? Let’s help and motivate others. It could be a better reason for my next 10 or 20 years.”

Still, he conceded that he still dreams of creating new things every day. “Creativity is my drive. If you are passionate, you don’t repeat.”

It is this passion and drive that he instilled in his children, especially as they’ve joined the business. Son Loic is the general manager of Hublot’s business in Greater China and Southeast Asia.

Hublot is marking its 10th year with Lucerne, its exclusive Philippine distributor, though the older Biver has known the Yao brothers, Ivan and Emerson, Lucerne’s managing directors, since the early 1980s.

“The first thing I taught my children is to have love for watches. If you have a passion for something, you will never feel that you are working. It’s good to be a good CEO, it’s wonderful to be a great technocrat. But to have a passion is above that, because with passion, you go much farther than with just knowledge.

Biver noted how the watchmaking industry has changed since the 1970s. Nearly all the family-owned watch companies are now owned by conglomerates. Even the different suppliers have consolidated and are now under only two or three companies. Retailers have also been bought or belong to a group.

“When a brand is in a family’s hands, the whole culture is different. It’s more friendly, there’s more humanity, more respect for tradition,” he said. The current landscape has changed that. “Sometimes the management changes, new CEO, new this, new that. The whole atmosphere is different… I don’t say it’s better. I don’t say it’s worse. It’s our world, and we have to accept that.”

“Love is what I have done in my professional life. I am respected, yes, but I also do everything to be respected.”