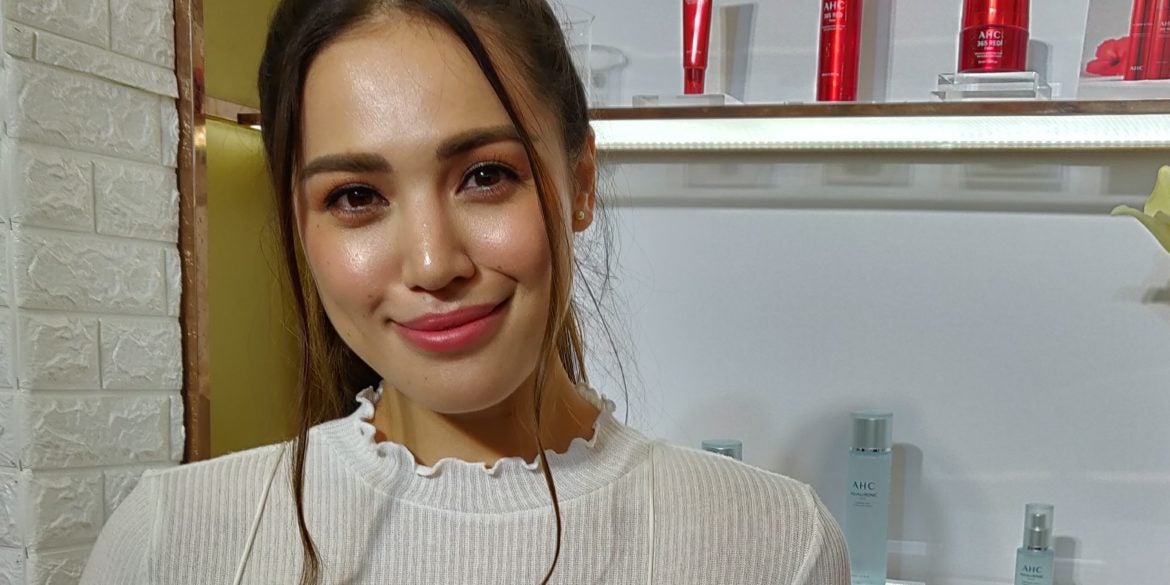 MANILA, Philippines – Anyone can be a beauty queen, 2018 Bb. Pilipinas – Globe Michele Gumabao said, as long as one has the “passion or the confidence to step out of your comfort zone.”

The professional volleyball player-turned-beauty titlist, and sister of Kapamilya hunk Marco Gumabao, said her fellow players in the Philippine Volleyball League (PVL) may follow her footsteps and trade their sneakers for stilettos and switch from the court to the pageant stage.

“Athletes have confidence, we believe in ourselves and we really work hard,” Michele told the Inquirer at the launch of Korean beauty brand AHC in the Philippines held at SM Makati recently.

“I know that volleyball players can make the transition, not just me, because we’re used to hard work, being scolded, and training every single day,” she continued.

Michele cited the unglamorous moments that beauty pageant aspirants go through, as well as the barrage of criticisms they get from just about everybody, and that athletes like her are made of sterner stuff that will make them survive the harsh world of beauty pageantry.

“Filipino beauty is around the volleyball community. If you are at a point where you’re thinking of trying something new, then why not try beauty pageants?” asked the opposite smasher of the Creamline Cool Smashers, which captured the PVL Open Conference crown with an unblemished record.

As in previous conferences, Michelle played double duty in the conference that concluded earlier this month, as player and panel analyst. Both positions required her to be on camera, but she said she chooses not to put too much make up.

“I want to look pretty, but I don’t like putting make up when I play, just because I sweat too much. I wipe my face all the time, even my whole body,” Michele explained.

“That’s why I really invest in skincare, it’s my gift to myself,” she continued, adding she has recently become a “convert” to Korean beauty products after being introduced to it by a friend.

She confessed that when she was still a collegiate varsity athlete for the De La Salle University, she did not pay much attention to her skin.

“Now I spend so much more on skin care than I did before,” Michele said.

“Now being a pro athlete, and influencer, an ambassador for brands, and a beauty queen, my skin care really has to step up,” Michele continued.

She has also become the beauty authority among her teammates, sharing her lip tint and cheek stain to the volley belles before heading to the court.

But for Michele, the ultimate authority when it comes to beauty is her mother, Loli, who swears by the power of hydration.

“Drink lots of water,” Michele recalls her mother’s advice. “She also tries not to be inside air-conditioned spaces for too long.”

To her followers, the beauty queen advised: “Simplify your makeup routine. Know what works for you, know what’s best, and stick to that.”