Should foreign student athletes be banned from playing in the local leagues? | Inquirer Lifestyle 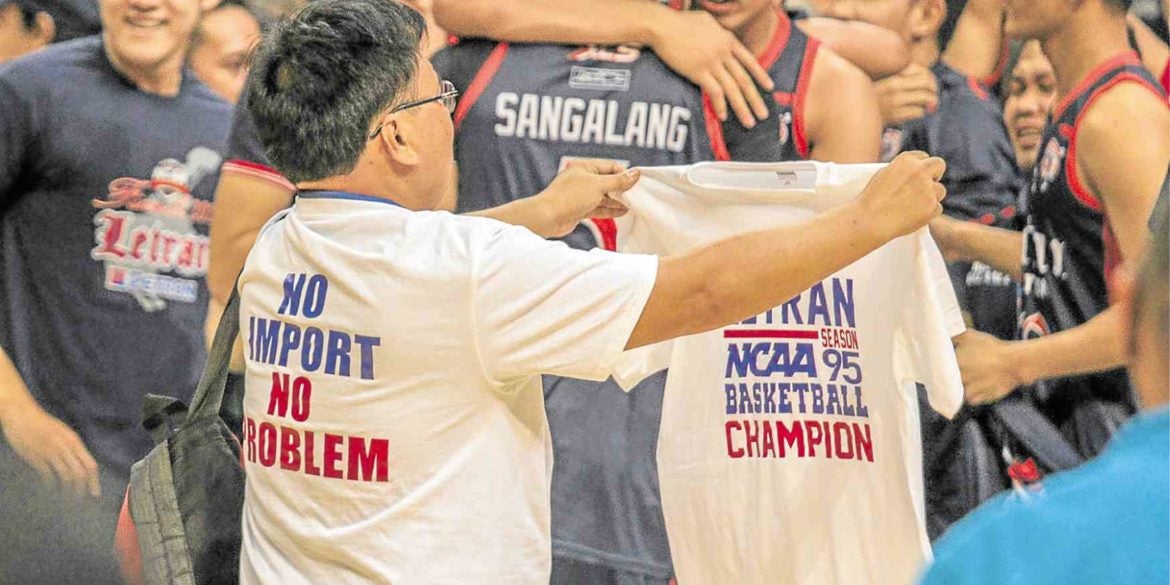 Should foreign student athletes be banned from playing in the local leagues?

The resolution filed in Congress is shortsighted and xenophobic. From a basketball standpoint, it does not even make sense

This apparently stems from the last-place finish of Gilas Pilipinas in the 2019 Fiba World Cup. According to Romero, the presence of foreign student athletes (FSAs) hinders the growth and development of local talent.

The National Collegiate Athletic Association (NCAA) has already banned FSAs effective next year, allowing incumbent ones to play out their eligibility. This has sparked a lot of debate among Filipinos, with seemingly no resolution in sight.

This resolution is shortsighted and xenophobic. From a basketball standpoint, it does not even make sense. Filipino players playing alongside or against very good FSAs learn to improve their game. They also gain the confidence to face tougher competition.

John (all players’ names have been changed to protect their privacy), who plays for a college team, laments: “We help prepare local players for international competition. We are helping them by challenging them in every practice or every game. Playing all-Filipino is fine for local competition, but not in international tournaments.”

The benefit goes both ways. For FSAs, getting quality education is the biggest perk of playing in these shores. “If it wasn’t for basketball, I would not be here (in the Philippines) right now. Basketball helped me to get a free education while playing the game I love,” says graduating student Matthew.

“I don’t think any FSA here is claiming to be a hero in basketball or in their respective sports,” says Peter, who no longer plays but is still in the country. “We all came here to study and be part of a program and community.”

A ban on FSAs would mean that these students lose the opportunity to study for free, in exchange for playing the sport they love.

“If we are clamoring for parity and better competition in the respective sports that can compete with international standards, banning of foreign players based on their ability is the worst thing to do,” says Red Garcia, former president of the San Beda University Band.

Banning FSAs also reflects poorly on local athletes. The common sentiment “this team only wins because of reinforcements” disregards the talents and contributions of Filipinos in the team. Also, it sends the negative message that if you can’t beat someone, simply have him removed.

How ironic that a country hailed as one of the most hospitable and inclusive places in the world should refuse foreigners studying here and playing in the local leagues.

The Knights have shown that the solution to beating a team with FSAs is not by removing them, but by playing on their level.

As the buzzer sounded and the winning team celebrated, a team official from Letran brought out a shirt that said “No Import, No Problem” emblazoned in the colors of the Philippine flag. Not surprisingly, the school that won is one of the proponents for the ban of FSAs in the NCAA.

If there is truly “no problem” and there is no real advantage to having FSAs on the team, why impose a ban? Just some food for thought.

So far, there are no rules against fielding FSAs in the University Athletic Association of the Philippines. The league is generally more welcoming to foreign players.

Sports knows no color or nationality. Let them play.