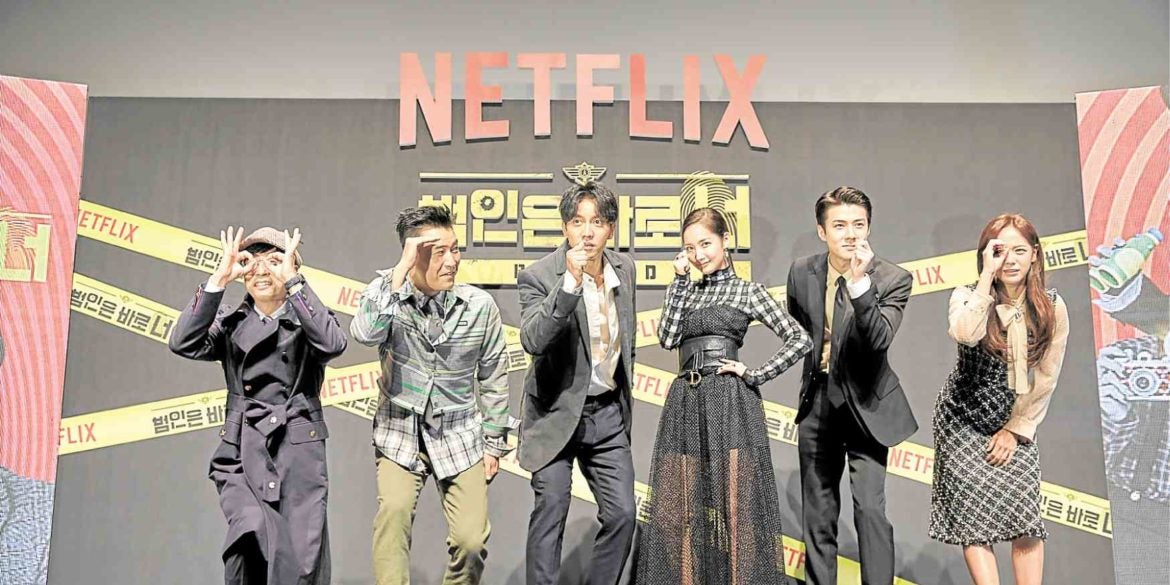 Lee Seung-gi is a welcome addition to ‘Busted’

Detective Lee Seung-gi introduces himself with an outrageous claim. “I am very lucky. Clues or evidence just drop in front of me when I’m walking,” he tells a group of fellow detectives that he’s meeting for the first time. Unfortunately for him, being lucky does not earn him brownie points.

“Do you know the Fibonacci sequence?” Detective Kim Se-jeong of Gugudan asks him.

“Fibo-what?” he answers, and the group groans in disappointment. He gets accepted, nevertheless. And this is how the fifth episode of the second season of the Netflix Original “Busted” begins.

Introducing a major character midseason may not be ideal for viewers, but it is a very strategic move for the show. Lee taps into a wide market of loyal Korean and diverse international fans who followed his career from the time he was a 17-year-old singer to playing Son Oh-gong in “Korean Odyssey” and Cha Dal-geon in “Vagabond.”

His late entrance in the series meant that his fans got their feet wet with the show’s unique format first. “Busted” is a variety show-slash-mystery drama. To make things even more complicated, the cast use their own names but assume different characters.

It is quite a test for audiences familiar with the celebrities and their background. Call them distractions, if you will. The show is a masterwork of mind-bending moments that make it difficult to concentrate. For example, BTOB’s Yook Sung-jae walking next to EXO’s Oh Se-hun in Episode 3 is a visual gift nobody knew they wanted and needed.

The second season maintains a plot of finding the identity of the serial killer known as the “Flower Killer.” It can be enjoyed even without seeing the first season. Escape room-type challenges are still aplenty.

Park Min-young’s knack for solving puzzles continues to prove that she is an essential member of the group. Everyone has become reliant on her skills to the point of being lazy, especially Kim Jong-min.

Yoo Jae-suk as Sherlock still manages the group and steers them into staying in character. Se-jeong’s bright smile and deadly aegyo (cuteness) is nothing compared to her bravery.

It is expected of Lee to excel in the foot chases and competitive challenges. He shines best when a situation forces him to act spontaneously. His brief but memorable alliance with the equally tenacious Detective Oh is one of the comedic highlights of the show.

One can sense that the cast members have a firm grasp of the storyline and they know exactly where the story is heading. One can even speculate that some characters commit blunders to deliberately mislead others to follow the story set before them. But figuring out what is scripted and not in “Busted” is also what makes it fun.

At least, you can always tell that their reactions to the challenges are real. It is hard to fake the surprised looks and terror or even the determination to solve a case. Or is it? It is hard to trust anyone these days.

As for Detective Lee Seung-gi and the rest of the show’s cast, one can only hope that there is a Season 3.

“Busted 2” is streamed on Netflix.