U2 to have largest ever video screen | Inquirer Lifestyle 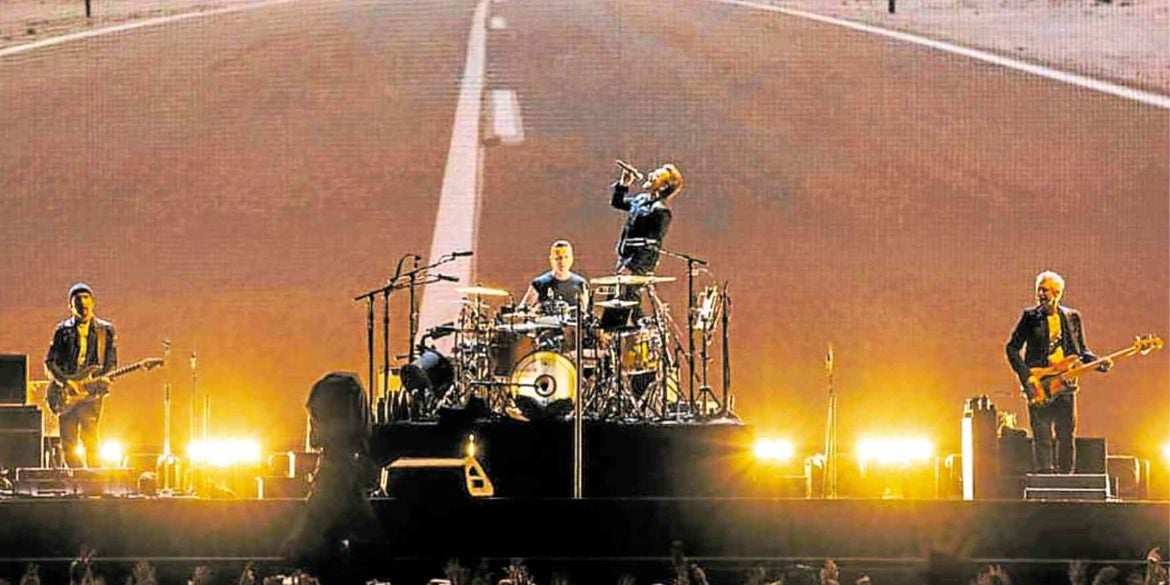 U2 to have largest ever video screen

‘Ogie and the Hurados 2’ at Resorts World; EJK, drug war themes in UP exhibit

Before news broke out that U2 would bring the 2019 edition of “The Joshua Tree” tour to the Philippines Dec. 11, the band’s production team did an ocular inspection of the concert venue, the 55,000-seat Philippine Arena, the biggest indoor arena in the world.

What they found out and told the concert promoter MMI Live is worth retelling.

The U2 team reportedly checked if PH Arena’s floor area could accommodate the custom-made 192-ft-wide stage, to be flown to Manila from the tour’s Seoul leg.

The stage is meant for outdoor stadiums, said an MMI Live manager. “But it fits in the Philippine Arena, which is an indoor venue. So, the audience will be nearer and will have a great view of the stage.”

There are actually two stages: a smaller stage near the center where U2 will do the first of a two-act show and the main stage where the band will perform “The Joshua Tree” album in its entirety.

The MMI Live manager added that the U2 team was very impressed with the venue and said that it was perfect for the show.

Anton Corbijn, who photographed the 1987 “Joshua Tree” album sleeve, did the films to run with the songs in the concert. The Philippine audience will feel like they’re watching a road trip movie.

The success of the first “Ogie and the Hurados” concert, which featured Ogie Alcasid and seven of his colleagues in the judges’ panel of the ABS-CBN singing contest “Tawag ng Tanghalan,” has led to a sequel Dec. 1 in the same venue, the Newport Performing Arts Theater in Resorts World Manila.

This time, in the lineup are Erik Santos, Jaya, Mitoy Yonting, Jolina Magdangal, Regine Velasquez and Alcasid himself.

It would be nice to see Yonting again since the last time we caught his band’s gig at Bar 360 in Resorts World was a few years ago.

A Davao-based visual artist told us he has contributed to the more than 70 artworks by painters, sculptors, mixed media and performance artists featured in “Banta sa UP,” an art exhibit which opened Nov. 22 and runs till Dec. 15 at the new University of the Philippines (UP) Diliman College of Fine Arts Atrium.

The exhibit’s theme revolves around EJK (extrajudicial killings, “the failed” war on drugs and the West Philippine Sea dispute.

A special feature is a mural made by children orphaned by the drug war.

The exhibit is open to the public. Admission is free.