How invaluable Filipinos’ indomitable spirit is, in the face of tragedy | Inquirer Lifestyle ❮ ❯ 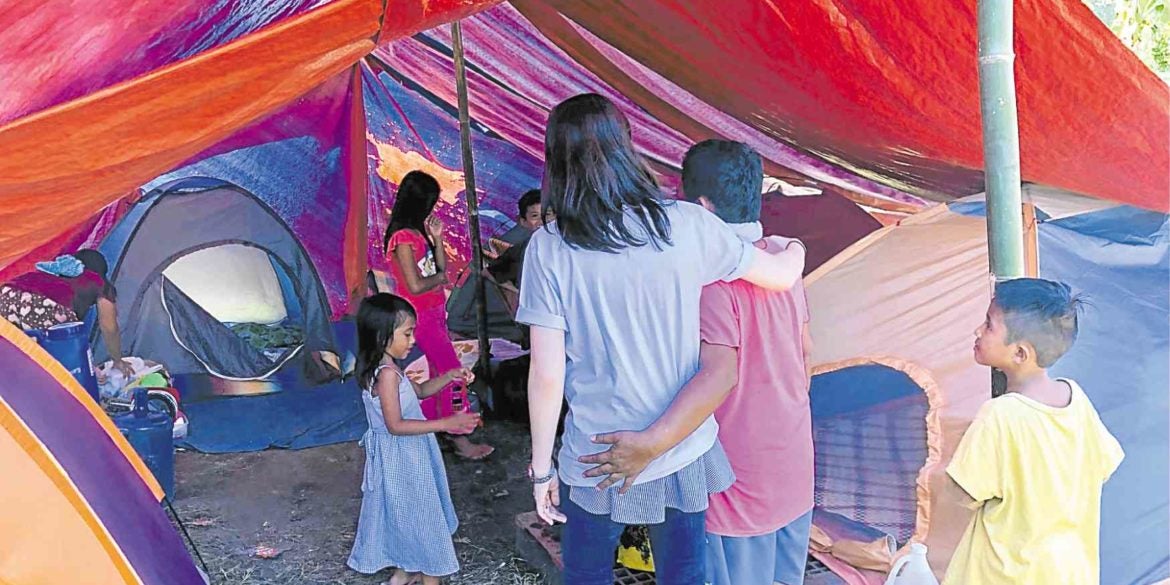 The tent city at the Divine Mercy Compound in Digos City

How invaluable Filipinos’ indomitable spirit is, in the face of tragedy

After the earthquakes, much needs to be done to get Mindanao back on its feet

The Philippines is no stranger to earthquakes and volcanic eruptions. As a tropical country, we are also host to at least 20 typhoons a year. And yet, each time a calamity strikes, we are left powerless against the mighty threat of Mother Nature.

As much as we try to prepare, we are sadly ill-equipped to deal with these disasters. Take for example the recent series of earthquakes in Mindanao.

On Oct. 16, the Philippine Institute of Volcanology and Seismology (Phivolcs) reported the first of a series of quakes that would rock Mindanao in two weeks. The earthquake with a magnitude of 6.3 occurred and was felt as Intensity 7 in parts of Cotabato and Intensity 6 in parts of Davao del Sur.

The second earthquake came less than two weeks later on Oct. 29. This was perceived at a maximum of Intensity 7 and felt in the aforementioned regions. This caused another major fire to break out in General Santos while cutting off power in other parts of Cotabato, South Cotabato, Sultan Kudarat and Sarangani.

The third earthquake struck Oct. 31 with a magnitude of 6.5 and felt in almost the same places. Phivolcs raised the combined death toll from the two last earthquakes to 24 and the number of injured to 563.

Damage was most severely felt in North Cotabato where over 20,000 homes were destroyed and 8,000 homes damaged. Most of these damaged homes (as well as others which may have survived without visible damage) though possibly still recoverable, are no longer fit to be lived in, being located on geologically hazardous land.

It is, of course, a blessing that the number of victims is disproportionately low compared to the infrastructural damage and destruction.

Because of the smaller list of fatalities, many people are under the impression that the earthquakes were not as serious. But in fact they were. Relocation and rebuilding, not to mention economic loss from the many closed and destroyed businesses, will cost these Mindanao regions billions of pesos. 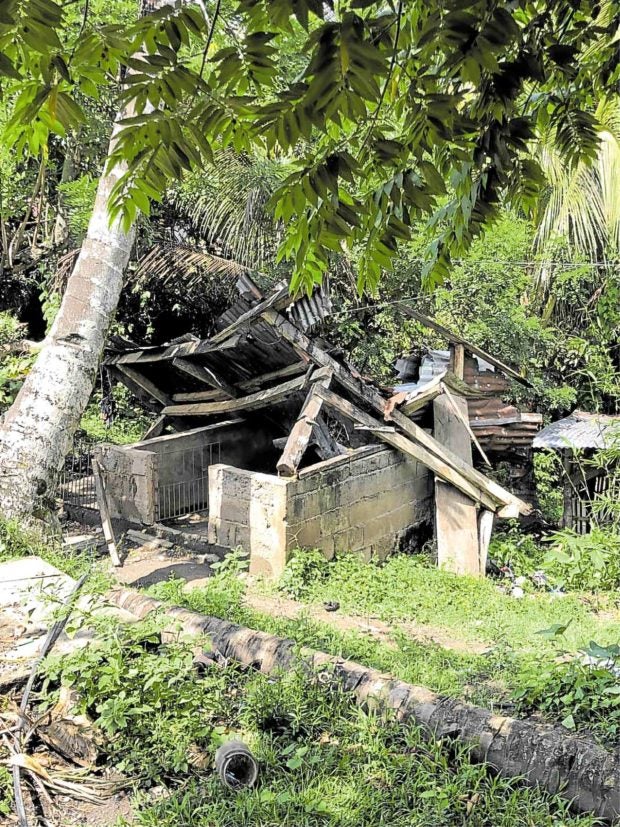 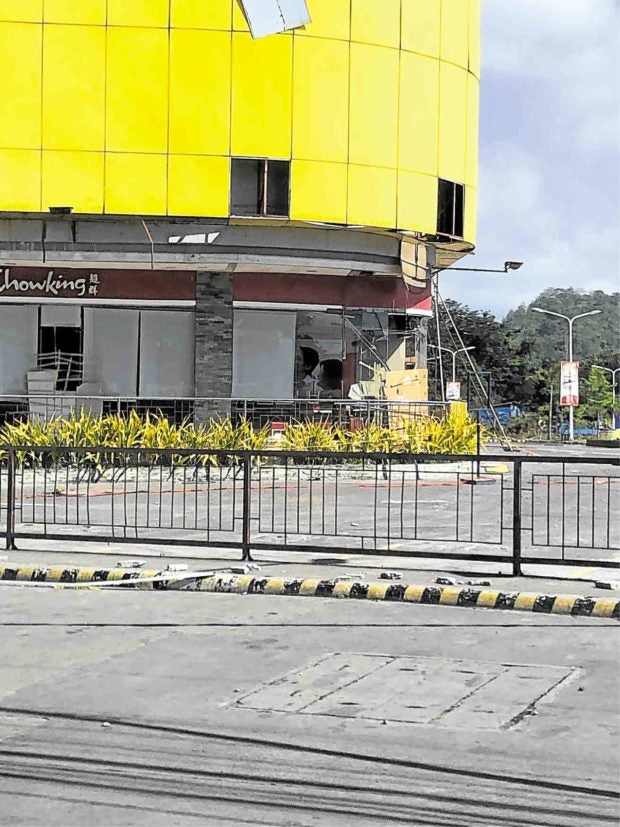 How long will it take for these provinces to recover? For the people to be able to return to their normal lives? Thousands of families are homeless, reduced to living in “tent cities” while waiting for a chance to rebuild their lives.

One man told the story of the pile of rocks before us. It was the product of six years away from his family, removing rust from machines and engines on ships in the middle of the ocean, but each lonely day was fueled by his dream of putting a roof over his loved ones’ heads.

Unfortunately, while his dream came true, it did not last. As he stared at what was once his source of pride, he wondered aloud how he would start over again at his advanced age.

Focusing on the positive

Another woman, a grandmother, led us to her own mini compound in the tent city. It was a large trapal on top of four or five tents—not unlike what a family of two to three persons would use to go camping.

In this case, about 20 persons were distributed throughout those tents—all members of the matriarch’s family. But as she bravely showed their living quarters, she broke into tears as she recounted how they once had a home.

Focusing on the positive

She broke off before she could tell the rest of her story, and chose instead to focus on the positive, which was that her entire family was safe and they did not lose a single member. Her gratitude for what was essential, in the midst of so much sorrow and difficulty, was like a bright pillar of strength which they clung to.

A month will have passed since the third earthquake yet the damage and destruction remain and the pain for the Mindanaoans, as fresh as though it were just yesterday.

There is still so much, too much, that needs to be done to help Mindanao get back on its feet. It will be a long journey that cannot be done on its own. Hopefully, the rest of the country takes heed of the call to rebuild together, because as one nation, we cannot ignore the plight of our brothers and sisters. Just as we hope they will not ignore ours if and when the tables turn.

In a conversation with Davao del Sur Gov. Douglas Cagas, he sighed as he meditated on the equalizing power of tragedy. “No matter how much money you have, when God moves, you can’t do anything and no amount of money can save you.”

Indeed, no amount of money or power can do anything but, fortunately, God has given us something more valuable than money—the indomitable spirit of the Filipino.