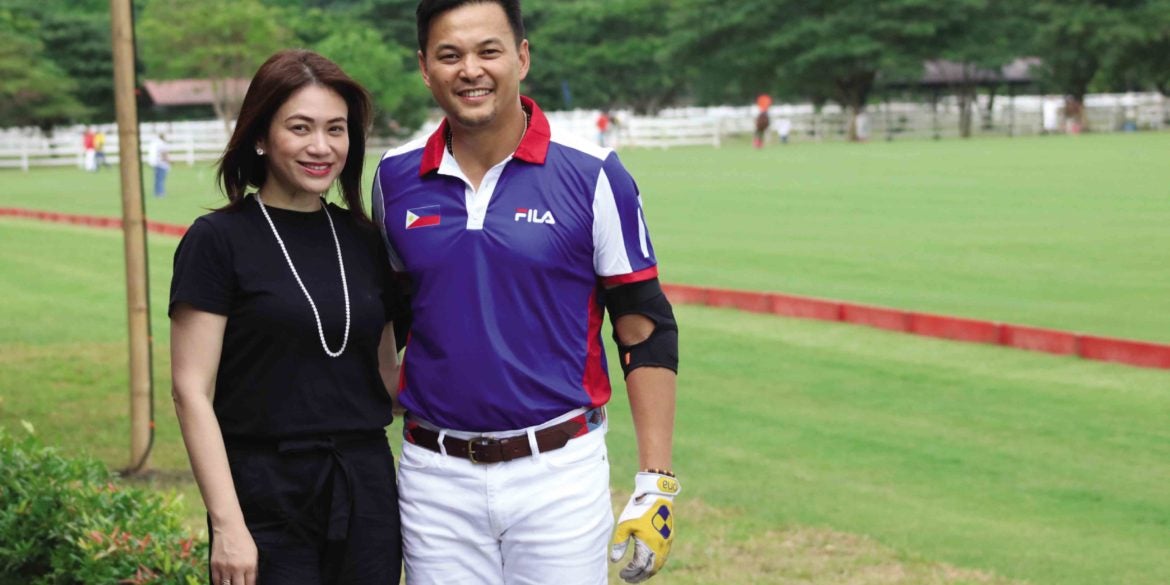 Done in time for SEA Games, this facility’s pavilion and field are fit for royalty

Eight years ago, when sportsman Rep. Michael “Mikee” Romero started developing a 30-ha property in Calatagan, Batangas, his vision was to put up an extraordinary polo field that would be a venue of choice for international tournaments, among them the Southeast Asian (SEA) Games.

The turf, playing surface and equestrian facilities should be on par with the world’s best polo fields.

Romero, who is also chair of the United Polo Players Association, wanted a landmark that would define the place and make a statement about its aspirations.

He hired Sangay Architects, a millennial group that specializes in bamboo and Filipino architecture, to design the pavilion social hall.

The Miguel Romero Polo Facility is the second polo field to be developed in Calatagan, which is near the Iñigo Zobel polo field, Zobel himself being a leading polo patron.

These facilities have made Calatagan an equestrian destination. Both are venues for the SEA Games until Dec. 8.

“The location of the polo field, Barangay Sampungan, is a horse’s haven. There are lots of trees. We are by the ocean so we get some breeze,” said five-goaler Anthony Garcia, who plays for Romero’s team.

In the past eight years, the polo players, including foreign royalty, have been holding practice and actual matches there.

‘Monster of a field’

“You could place this anywhere in the world, like Florida, where the biggest US fields are,” said polo annotator Jack Clark Jr. The field is the standard size of 300 yards long and 160 yards wide for the SEA Games.

Clark explained that a well-designed and maintained polo field guarantees the smooth movement of the ball, the safety of the horses, and the lifetime of the playing surfaces.

“It’s a monster of a field for us players. But the turf is great. It takes in a lot of rain and the sand base is amazing,” said Garcia.

He cited that the facilities include a quarter-mile exercise track with a scientifically designed surface that prevents injuries on the horses’ legs, spacious, well-ventilated stables, and gazebos for visitors and for a veterinarian.

There is home for four Argentinean and one English polo players, who exercise Romero’s horses to keep them in top condition.

The bamboo pavilion, the statement piece, is the latest addition, built in time for the SEA Games.

The challenge for principal architects Kath Sapungay and Christian Salandanan was to design and put up a structure in four months that made a bold impression and gave a warm welcome to VIP guests.

Sapungay explained that although it is a Filipino hut that blends with the environment, it drew influences from other countries. “We wanted to veer away from the notion that bamboo is not sturdy enough for big structures,” she said.

The design mixes indigenous materials, such as cogon grass from Batangas and giant bamboo from Antipolo, with modern materials such as steel rods that join bamboo together, cement structural posts, tiles for the accent wall, and flooring and glass for the skylight and rain protection.

The architects favored the A-frame silhouette because of its grand scale and its stability.

The 12-m pitched ceiling allows not only good air circulation, but also a glass skylight. It displays the intricate patterns of bamboo beams and the woven bamboo mats from Abra and Ilocos.

“We were inspired by the Columbia bolts-and-mortar method of fastening,” said Sapungay. This construction style makes the structure more permanent and makes modest materials look elegant.

The architect explained that the Filipinos were accustomed to fastening bamboo with rattan lashes in the bahay kubo. The disadvantage is that the rattan lashes and the bamboo loosen with weather changes.

Due to time constraints, the bays (section of the building) had to be prefabricated. Thus, the project enlisted the services of an Indonesian team to speed up the construction and to transfer technology.

“The Indonesians served as foremen. They read the floor plans and showed us how to lay out the structure and the methods for connecting the bamboo, and other unique styles,” said Sapungay.

Drawing from Japanese aesthetics, Sapungay said their woodwork patterns are repetitive. Upon closer investigation, the main pattern is simple, but the repetition of the design creates a beautiful pattern and rhythm.

In the bamboo pavilion, each bay is characterized by sloping structural posts and the interplay of horizontal, vertical and sloping bamboo beams on the ceiling. The recurring pattern in the nine bays makes for a strong visual impact.

Sapungay noted that the bamboo structures tend to be rigid. For visual balance, the angular lines of the structure are softened by a curve at the radius of the roof.

Proud of the team’s achievement, Sapungay said, “We wanted to dispel the notion that bamboo is poor man’s material. The modern construction methods make the bamboo pavilion worthy to host the Sultan of Brunei and the King of Malaysia.”