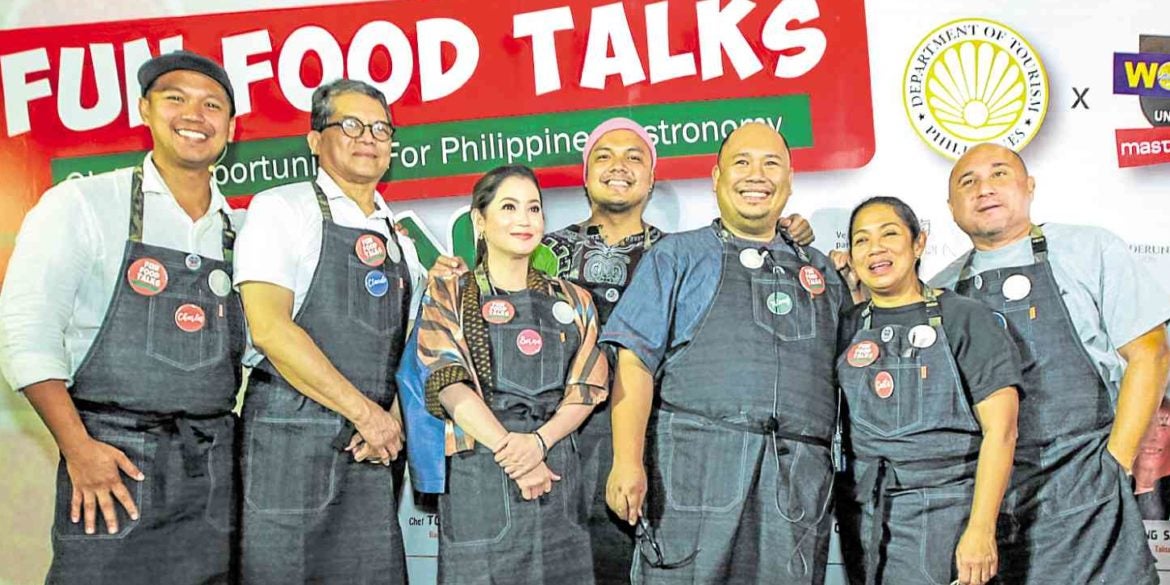 They say third time’s the charm and it certainly was for Washington, DC -based Fil-Am chef Tom Cunanan who was awarded Best Chef: Mid-Atlantic at the 2019 James Beard Awards held last May. The chef had previously been twice nominated the prestigious award for his cooking at Bad Saint, the Filipino restaurant that opened in 2015 in the United States capital.

The restaurant co-owned by Genevieve Villamora was famously featured on the March 2017 cover of Bon Appetit as part of the magazine’s Next Generation profiles.

“Our chef, Tom Cunanan, has gleaned wisdom from YouTube videos of wrinkled  lolas (grandmas) cooking in outdoor kitchens in small villages in the Philippines, demonstrating proper technique,” Villamora wrote in her essay.

“He also has his mother’s book of recipes with her notes written in the margins,” she added.

During his recent two-week trip to the Philippines as guest of the Department of Tourism, Cunanan visited Davao, Bacolod and Pampanga (where his father is from). With two other Fil-Am chefs, they sampled the various regional delicacies and participated in food demos where Cunanan incorporated ingredients like durian and pili into his cooking.

His fascination with Filipino food and ingredients, however, is fairly new. “I just started cooking Filipino food seven years ago. Before that I was cooking for José Andres and some southern restaurants. I’ve worked in DC all my life.”

The turning point came when his mother was diagnosed with cancer. Cunanan wanted to spend as much time with her  and would accompany her during chemo treatments.

“I gave her a Moleskine notebook so she could write down all her recipes. I was trying to give her hope. I told her I was going to open this restaurant and that I would need her to keep her strength up,” Cunanan said.

Unfortunately, his mother died before the restaurant opened, but he said her memory lives on in him and in the restaurant’s recipes.

“The taro root in our kare-kare is one of her improvisations,” Villamora noted in her essay.

At 36 years old, Cunanan has close to two decades of experience under his belt. “I’m French- and Italian-trained. I’ve worked in the industry for about 20 years now.”

This training has allowed him to hone his craft to a fine point, one where he’s able to work with ingredients but also to look beyond them.

“I think I’m an artist. I love colors and some of my favorites are purple, yellow, green, blue and gray and I like to see all of that on one ‘canvas.’ So whenever I put together a dish, the plate can be blue or yellow and the food can be gray or purple or red. You have to think of ways to present the food. All five senses have to kick in. You have to see it, really embrace it,” the chef said.

Cunanan describes his cooking at Bad Saint as Filipino “but elevated.”

“I’m trying to elevate Filipino food by research and development, for example by coming here. I’m just constantly—constantly—looking for the next cool thing, in my opinion, to add to my arsenal of recipes,” he said.

Some of the items that caught his attention on this trip include durian, pili nuts (he loves the texture), vinegar, kamias and singkamas (jicama).

In Davao, he whipped up puréed durian with turmeric and coconut reduction. Over it he arranged cubed sinuglaw (grilled pork and blue marlin with cucumbers).

“I also want to use kamias for sisig and kinilaw. The texture is so versatile, and it’s crunchy and sour. I’ll figure it out.”