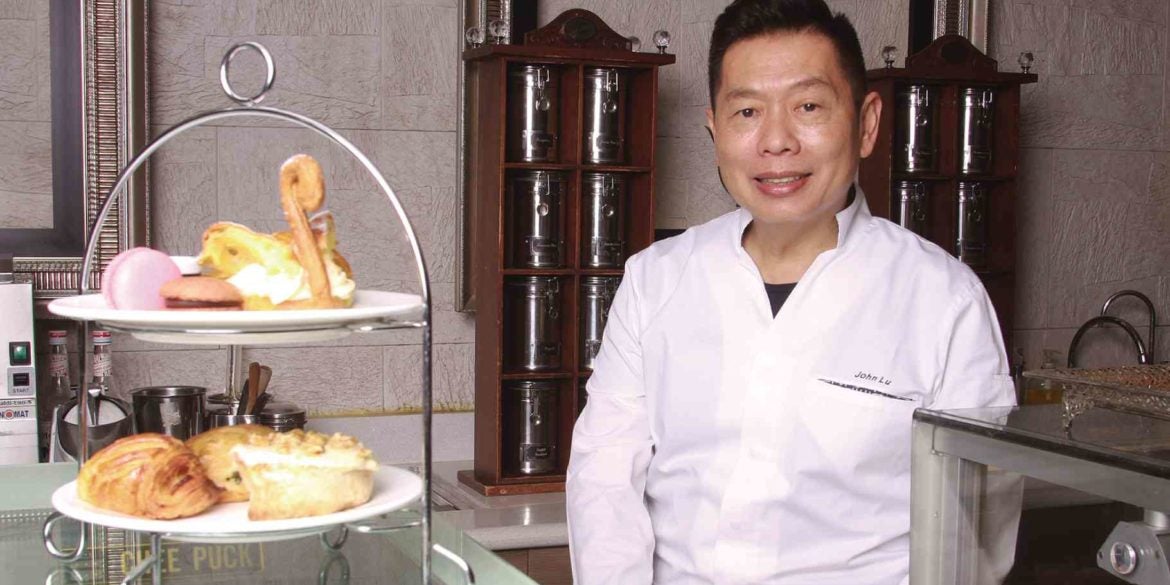 ‘French Baker bread is never white because of my cherished beliefs’

French Baker, the local chain that pioneered in bakery-cafés and affordable European-style breads, is still going strong after 30 years.

Amid competition from a multinational giant, two French franchises and other bakery-cafés, French Baker continues to thrive, sustained by a niche market that favors healthy breads.

Koa, who’s also chair emeritus of Teabros Corp.-Chatime Philippines franchisee, says he tries to address the demands of the market.

According to the Chatime Global Conference in Sydney,  millennials and Gen Zers will soon comprise 50 percent of the market segment in 20 years.

“These generations are into whole grains, wellness and  companies that engage in corporate social responsibility,” Koa explains. “They are interested in good agricultural practices for safe and nutritious food.”

The findings are “an indictment of white bread,” he notes. In white bread, the wheat germ and bran—which contain all  the vitamins and minerals— have been removed for longer shelf life.

“The wheat germ’s oil, the most nutritious part, easily turns rancid,” he says. “The miller chlorinates the flour with food chemical, so it turns white. You get super-soft bread but only white starch.”

Koa’s strategy is focused on “hard-to-make breads”—those not in great demand.

“We’ve studied the art and science of baking, and we don’t mimic recipes,” he says. “You can make variations.”

He points out the hardest part of baking is yeast fermentation. “That is why the world’s baking masters have high regard for people who bake fermented breads over pastry. Pastry making is like Lego for them. Bread is architecture.”

Koa asked flour millers to produce unbleached flour which holds more nutrients and doesn’t contain additives such as chlorine and preservatives. Its dense texture is ideal for baking.

“French Baker bread is never white because of my cherished beliefs—among them, the simple starch and sugars on white bread shoot up your blood sugar levels,” says Koa.

Aside from the flour, the real secret of quality bread is in yeast fermentation. Koa doesn’t take shortcuts in allowing the yeast time to mature for 16 hours.

“Yeast reacts to the water temperature, the kind of water,  the environment, humidity and the people who touch the dough to create the wonderful piece of bread. These elements must harmonize. After a lot of trial and error, I realized that local conditions such as weather and water had to be addressed.”

When Koa started making sourdough bread, he had the chlorine removed from the water. “Hardness of water has to be mitigated. Since dough is sensitive to humidity, we imported Danish chillers that provide a wide range of temperatures,” he says.

Unlike other brands that use a powdered starter, Koa’s sourdough starter is made of lactic acid-producing bacteria and wild yeast. In the fermentation process, explained Koa, the dough develops its distinctive sourness and airy texture.

He says that the two-day  gestation period breaks down the gluten and some inflammatory compounds of wheat, thus making the bread easier to digest.

Other bakeries will produce the sourdough by request. French Baker has the economies of scale to create variants such as sourdough whole wheat and sourdough  rye.

French Baker’s all-time bestseller is the croissant, followed by the turnovers. It consumes two tons of French Normandy butter in two months. The butter supplier uses cows that graze in Normandy, the coastal area in Northern France. The meadows are perched on limestone cliffs that face the United Kingdom.

“When the waves hit the coast, the sea water becomes atomized and it lands on the grass,” says Koa. “The organic field becomes a wild salad for the cows. These milking cows are almost double the size of our carabaos. The milk from Normandy is very nutritious.”

Koa says he was planning to offer sprouted grain breads and whole wheat muffins next year.

“The market wants soft, mushy white bread,” he notes. “Fortunately, there is another segment which loves breads that are not sweet and contains multigrains and seeds. This is the market that has been supporting me.”

For so long, French Baker was associated with SM Supermalls. Lately, other developers have been wooing Koa. Megaworld Lifestyle Malls says the upscale French Baker Salon de Thé—whose interiors were inspired by a hotel in Vienna —would be an asset to  its townships.

Tucked in the basement of Century City Mall, artisanal bakery Lartizan enjoys the patronage of the French community that enjoys baguette for its crisp, crackly crust, and moist and chewy inside, and the light, buttery and flaky croissants.

With all these expansion plans, Koa says the time is  right to franchise the brand.