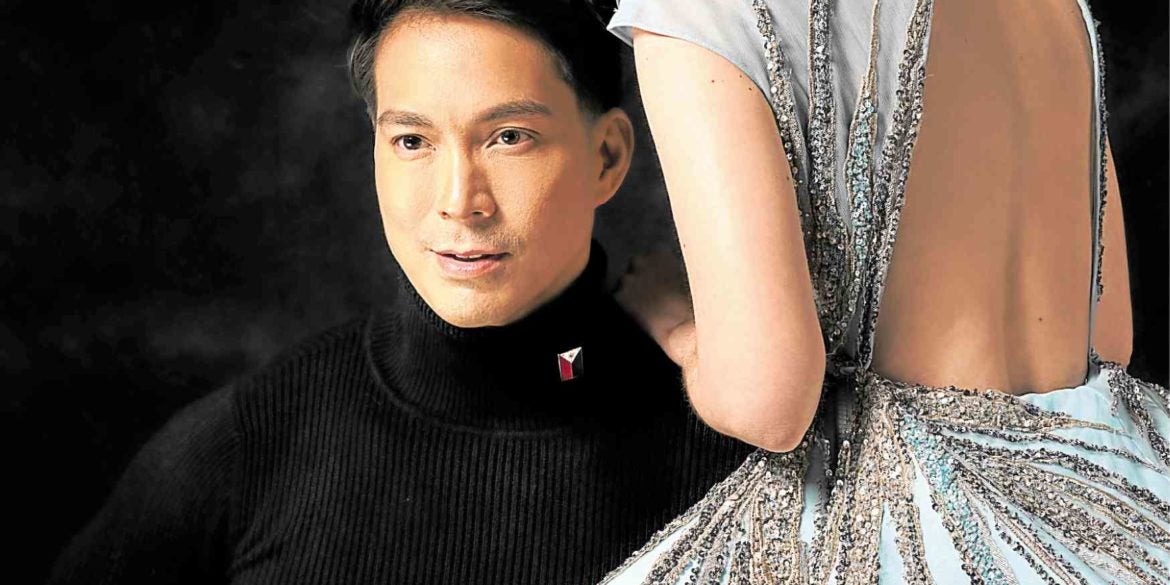 Noted for couture eveningwear, bridal and menswear, Francis Libiran said that in his 20-year career, among the gowns he is most proud of are the dress he made for Megan Young when she won Miss World 2013, and the gown Kylie Versoza wore when she won Miss International 2016.

The designer will present a fashion and music show, “Dare to Dream: Francis Libiran, Celebrating 20 Years of Fashion and Purpose,” Dec. 2 at City of Dreams Manila.

“Every time I dress up celebrities, I don’t just send clothes,” he said. “I always talk to them first. I ask them how they want to look on the red carpet, the image they want to project… So, it’s always a collaboration.”

He remembered his conversation with Young. She told him, “‘I want to show off my curves, this is how I plan to walk…’ From there, we came up with something that would show off her curves and complement her walk.”

Libiran has since become known as much for his gowns and bridal wear as his fabulous muses.

What many don’t see is the amount of time involved in making Libiran’s clothes, which are often intricately beaded or have sculptural qualities.

“I finished architecture in UST (University of Sto. Tomas),” Libiran recalled. “I worked for two years in an architecture firm, got bored and quit, and then I enrolled at Fashion Institute of the Philippines.”

Owing to his background, Libiran’s clothes are “linear and geared toward architecture and nature.”

“It’s not just about design, it’s about construction,” said Libiran, who was also commissioned to design the official parade uniforms of Team Philippines for the 30th Southeast Asian (SEA) Games.

“It’s how you put certain cuts on the bodice to make it form-fitting and nice and sleek. The technique is very important,” he explained.

Even beading needs strategy, he said. “It’s not just like cutting lace and then patching it onto the dress. The beading is strategically placed on the waistline, under the bust… so that when the beading is done, it’s placed nicely.”

He added: “You have to be unique. You have to make your mark, your signature design.”

Libiran, who has an atelier at Peninsula Manila and a bridal shop in Greenbelt 5, Makati, said he was very happy with his Opulence Collection shown in Cebu last October. But he  said that, after 20 years in the industry, he no longer felt all-powerful.

“When I was just starting out, I felt like Superman,” he said. “Back then, of course, I was younger, so I had more energy and I had more time. But nowadays, I’m so busy, I get tired. So I have to be more practical about everything. I have to plan my time well. Sometimes I just can’t entertain all inquiries or requests. It’s not about being selfish, I just have to be practical so I can get everything done.”

He credits his business partner, Arsi Baltazar, for keeping him grounded. “Through the years, we’ve been through a lot of arguments… we’ve even thrown things at each other! But at the end of the day, I really appreciate our partnership.”

Libiran tended to go “over the budget,” and Baltazar would restrain him. “It’s good to have another person who can rein you in. If my collection is getting too lavish, he tells me to tone things down. Be creative but stick to the budget!”

On his anniversary show, there will be performances by KZ Tandingan, Erik Santos, Iñigo Pascual  and Rachelle Ann Go.