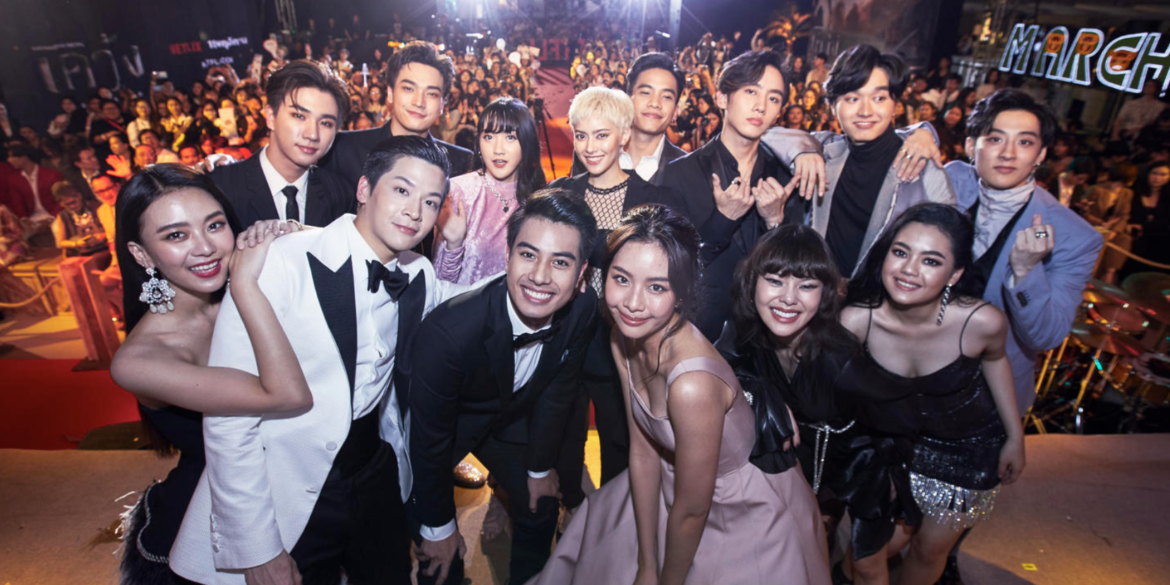 “The Stranded” is Netflix’s first Thai Original Series, a massive, ambitious production with crews from three different countries, starring a young, attractive cast that includes both famous actors and new faces working with one of Thailand’s prominent directors.

Cast and crew were on hand to introduce the show to the press and the world at a press conference and red carpet premiere in Bangkok in November. Assembled onstage at a ballroom in one of the city’s five-star hotels, they spoke about and exuded their excitement at being part of a major production in their country’s history, and the chance to represent Thai culture to Netflix’s global audience.

The show’s story truly begins in earnest when an underwater earthquake causes a tsunami to strike the fictional Pintu Island, upon which is an exclusive private school. School has let out for the year and most everybody has left for home on the mainland, but several of the graduating seniors elect to stay on the island for a beachfront party. Somehow, these partygoers are the only ones to survive the tidal wave, which decimates the island. Cut to almost a month later and the students are doing their best to survive, making do with what resources and skills they have at hand, but growing more and more despondent over the apparent lack of any rescue operation to retrieve them, and their inability to reach anybody else with their cell phones, whose batteries are on the verge of running out.

One of the leads of the show is Kraam, played by Papangkorn “Beam” Lerkchaleampote. He’s the only student actually from the island, attending the school on scholarship. A fisherman’s son, his fishing skills and all-around usefulness have made him an important asset to the surviving group. Chutavuth “March” Pattarakhumphol plays Anan, one of the rich kids who fancies himself a leader figure. Chayanit “Pat” Chansangavej plays May, Anan’s girlfriend and daughter of a doctor, who has become the de facto physician on the island.

Speaking with the leads, we learned that dozens of actors auditioned for each role, but the deciding factor wasn’t how famous they were or how experienced, but whether they truly “fit” and understood the roles they were trying out for. Beam spoke about how shooting the show was actually his first time out of the city, an opportunity he welcomed. He had to learn how to dive for his role. He said he thought he would be able to make it in a similar postcatastrophe survival situation because he would be too motivated by concern for his loved ones (aww!). Asked if he bore anything in common with his character, he said, “We have a similar perspective, a similar outlook on life, but I am much more physically expressive.” This was said with a lot of hand gestures, proving his point. March spoke about how major the production was, exposing him to international standards. He noted how they were very strict with punctuality, making sure that actors only worked 12-hour days. Safety was always a concern, both physical and emotional. Anan is a new type of role for him, though his character is “definitely more serious than I am.” Pat says she enjoyed playing with the idea of living without tech, though admitted laughingly she would probably not do well in a survival situation.

Director Sophon “Jim” Sakdaphisit is best known for his films “The Promise,” “The Swimmers” and “Laddaland,” which tend to feature ghosts. He did stress, though, that “The Stranded” is “not a horror show, but a mystery/drama. Everybody has secrets.” He told us the origin of the project, how it was H2L Media Group’s idea, which they then brought to Netflix HQ in LA, who hooked them up with Netflix Thailand. The three crews who made the show were thus a mixture of professionals from Los Angeles, Singapore and Thailand. Jim spoke of the opportunity to showcase the beauty of Thailand’s scenery, noting how one sequence of a cliff jump actually uses three separate locations filmed over different weeks. He held a one month acting workshop with the cast so they could get comfortable with their characters and each other.

One of the aspects of the entire endeavor Jim is very cognizant of is the opportunity to represent Thai culture to Netflix’s 150 million subscribers in 190 countries. It’s more than likely that the show will be many foreigners’ first exposure to Thai entertainment, and he stresses how much he respects and is grateful for the opportunity to make that first impression. That’s why in designing “The Stranded,” the production strove to present a mix of Thai folklore, rituals, and myth, but couched in familiar genre trappings that international audiences would recognize and enjoy. 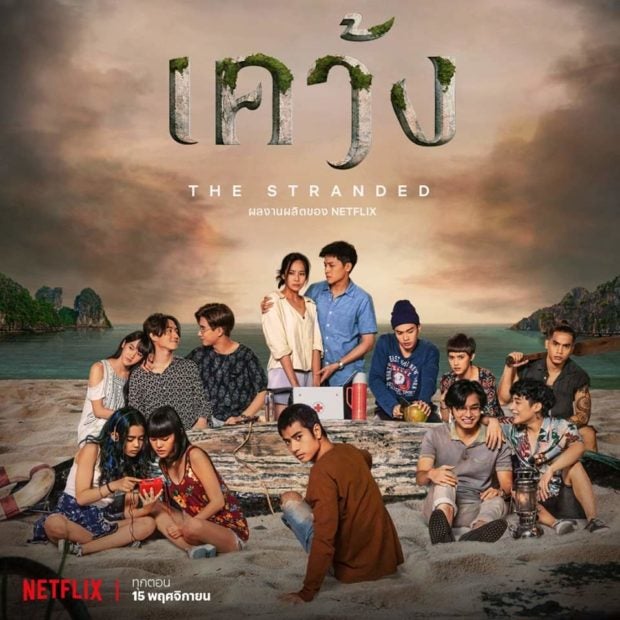 The show can err on that familiarity to a fault. The easiest way to describe it to the uninitiated is “Lost: Teen Edition.” The actors are good, and the various mysteries’ slow boil is compelling. The production values are on display with aerial shots and special effects. Sweeping vistas and its huge cast get fleshed out more as the episodes unfold, and relationships are challenged and evolve. The show also features flashbacks to their time before the tsunami, and the tantalizing mystery of Kraam’s true parentage is a good hook. Netflix has a lot riding on “The Stranded,” and their confidence shows in the result. With enough viewers visiting Pintu, a second season could be on the horizon.