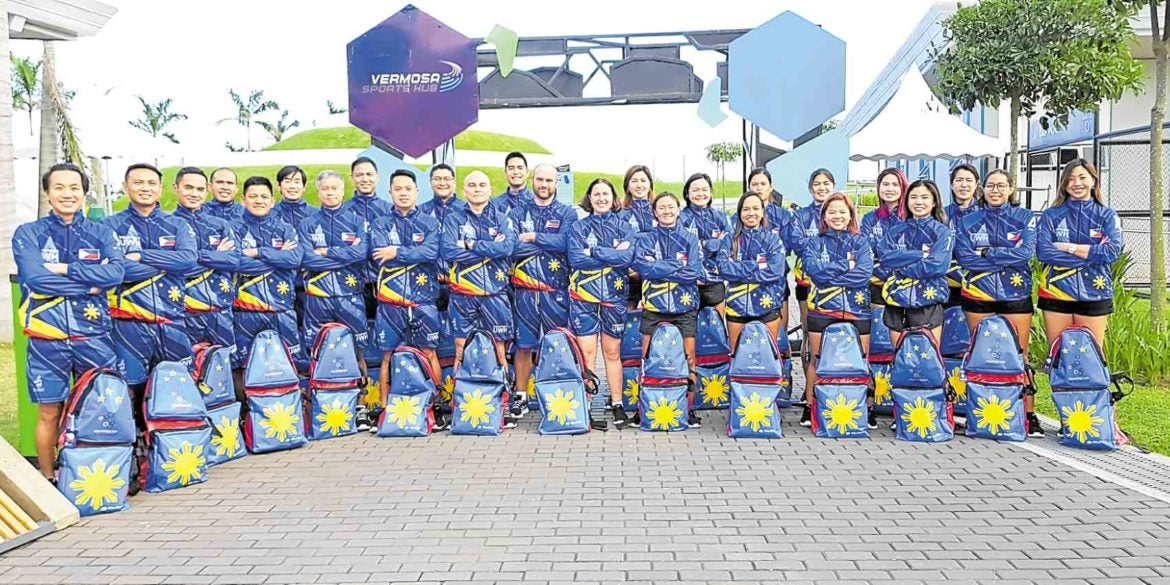 “We win as one.” That’s the official motto of the 30th Southeast Asian Games (SEAG) that the Philippines is hosting. The SEAG is a biennial, regional, multisport event, which officially opened yesterday at the Philippine Arena with the final torchbearer, world-boxing champion and Sen. Manny Pacquiao, lighting the cauldron. Go Philippines!

With a record number of 56 sports and 529 events, this edition is the largest SEAG ever. With the involvement of so many athletes, coaches and officials, almost every Filipino is connected in some way to SEAG.

In my case, I am giving full support to underwater hockey, because my hubby Dennis is running that competition, as the president of the Philippine Underwater Hockey Confederation, the national sports association.

For years, Dennis has played underwater hockey twice a week with the Polo Puck Pirates Underwater Hockey Club. When the team competes abroad at the World Championships, I join Dennis so I can shop while they play.

Underwater hockey is not the best spectator sport since the action happens underwater, but for SEAG, underwater video cameras will livestream action to the web and to various LED boards around the venue, Vermosa Sports Hub in Imus, Cavite.

It’s amazing to have seen this sport journey from its niche to the SEAG. The key was the support of Philippine Olympic Committee president Abraham Tolentino, who believed in the medal possibilities of Team Philippines.

Next was to get two superb team captains, Alex Colet for the men and Chari Ongyanco for the women, and three experienced Australian coaches— Rees Quilford, Amy Barry Macaulay and Jason Miezis— to motivate a diverse group of athletes to train for a year and aim for the four medals up for grabs.

I am excited to see how our team fares against Indonesia, Malaysia and Singapore this Dec. 2-5.

The barong Tagalog was used as the official uniform for Team Philippines’ parade in the opening ceremonies. The official uniform was designed by Francis Libiran, while the Filipino athletes’ official training apparel is sponsored by Asics.

Business uniforms were made by fashion designer Rajo Laurel, who designed an embroidered barong with patterns of the sun and stars.

On behalf of the Philippine Underwater Hockey Team, Dennis would like to thank the team’s various donors: Alphaland Corp. and Balesin Island Club, Belo SunExpert, Bench Active, CATS Motors, Koi Village, Rudy Project, Usana, Wilcon Depot, Fila and all our family and friends! Special thanks to Sunny Ku for organizing all the marketing support.

A night of good food, good drinks and good health filled the air as Nutra-K, the Philippines’ first potassium food supplement with no prescription needed, was launched.

The launch, hosted by TV personality-athlete Vince Velasco, gathered top executives and people behind the success of Nutra-K, which was formulated to boost overall wellness.

Another recent celebration was the 30th anniversary of World Traveller, a brand selling quality yet affordable travel products. Founded in 1989, Singapore-based World Traveller initially sold men’s travel accessories and document cases, expanded into luggage in 2002, and is now part of the Primer Group of Companies.

To toast its anniversary, World Traveller held an event at I’M Hotel in Makati. For its #ForTheSmartTraveller campaign, the event introduced a limited-edition suitcase and a travel accessory inspired by one of the most iconic World Traveller pieces dating back to the 1990s.

Kicking off the program was a video presentation and a fashion show that introduced World Traveller’s brand ambassadors, chef Francis Tolentino as the Business Traveller, Adela Mae Marshall as the Lifestyle Traveller, Graham Caygill as the Adventure Traveller, and Cat Triviño as the Creative Traveller.

I was delighted to attend the Tod’s SS 2020 Collection at Milan Fashion Week, and the launch in the Philippines as well.

Tod’s Factory presented the capsule collection of designer Alber Elbaz, called “Tod’s Happy Moments.” His starting point was the iconic Tod’s driving shoe, transformed for the next generation. Exclusively distributed by Stores Specialists Inc., Tod’s collection had an all-day viewing at their shop in Greenbelt 4.

The representation of movement through Nuyda’s brush strokes was also present in the works of Santos, who got her inspiration from nature.

The evening started with the art exhibit at the foyer of the Shangri-La at The Fort. The beautiful fashion show was directed by Robby Carmona.

What’s the Christmas season without a bazaar? Check out the last day of the Noel Bazaar at The Filinvest Tent Alabang until 9 p.m. Present at the opening ceremonies were Mayose Gozon-Bautista and Justine Bautista of Cut Unlimited, and Heart Evangelista-Escudero, GMA celebrity ambassador for Noel Bazaar 2019. 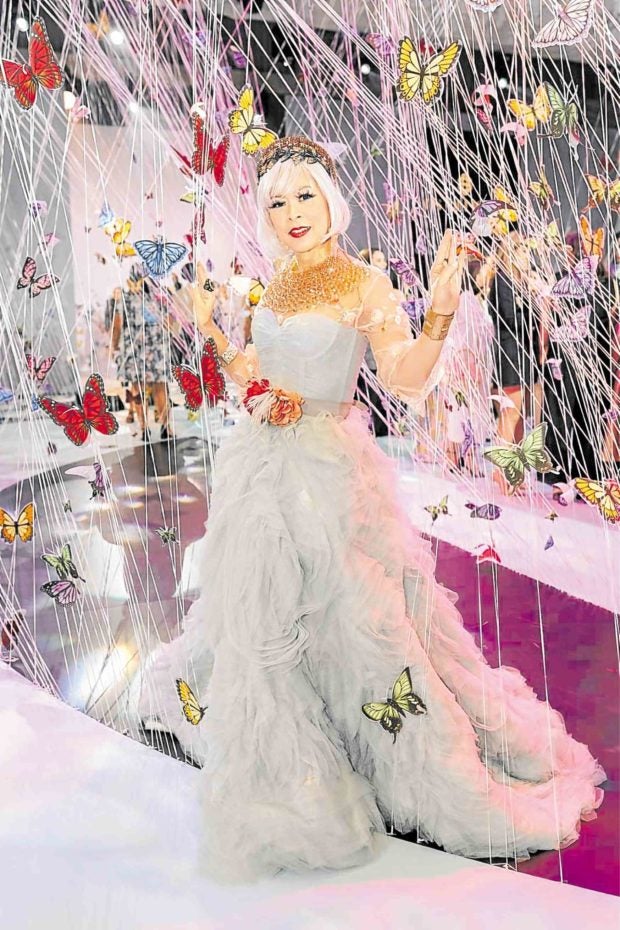