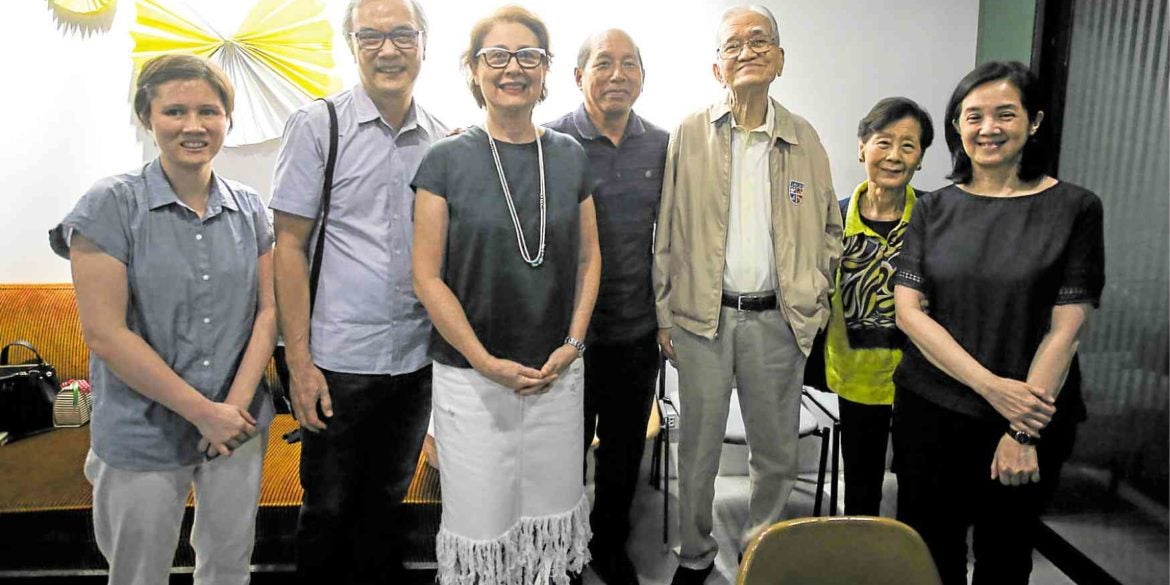 It is a primary source of modern Philippine history because it is in her own words, for the first time

What better way to remember the martyred senator, Benigno “Ninoy” Aquino Jr., on what would have been his 87th birthday last Nov. 27 than to launch the memoirs of his wife, the late President Cory Aquino?

Theirs, after all, was a love story of two people that was ultimately shared with the nation.

While putting together his aunt’s memoirs, Rapa Lopa said that he often thought about why his Auntie Cory and Uncle Ninoy chose to do things most people were afraid to do.

“Sabi ko, there must be something beyond the reason why they did what they did, why they sacrificed the way they did, and I could only find it in true love,” Lopa said.

Thus, President Cory’s memoirs is titled, “To Love Another Day.”

It was her love for her husband that became his source of strength during the darkest hours of their lives. And it was her love for her country that gave her courage to take on the dictator, Ferdinand Marcos himself, and lead the Filipino people in their fight to regain democracy and their freedom.

It was also this love that motivated her to continue devoting herself to the Filipino people until her death in 2009.

Lopa said that it was the wish of the Aquino children for the book launch to be intimate.

At the Cojuangco Building where the event was held, daughters Ballsy and Viel joined around 50 people—family members, close friends and allies, a handful of journalists and Vice President Leni Robredo.

There are plans to hold a bigger launch in a bookstore next year.

Veteran journalist Vergel Santos said the book was a primary source of modern Philippine history because it is in President Cory’s own words.

Lopa said it took 13 years to put the memoirs together. In 1996, President Cory told him that she had begun drafting her autobiography.

“I felt her purpose for writing her life story was not so much to draw attention toward her but to establish the facts and share the lessons she had learned along the way,” Rapa said in the book’s preface.

To help President Cory write her memoirs, Lopa suggested that they videotape her narrating everything she remembered. Lopa and his cousin, Rhona Lopa-Macasaet, conducted the interviews.

She transcribed, edited and preserved “Auntie Cory’s precious narrations, serving as guardian and safekeeper until we resurrected them in May 2019,” Lopa said.

It was the Aquino family’s spiritual adviser, Fr. Catalino Arevalo, SJ, who broached the idea of putting together President Cory’s memoirs a year after her death. Father Arevalo would always remind and encourage Lopa to write the book.

Lopa approached his nephews, Jaime Bautista and Paolo Reyes, who were working in publishing and media, to help with the overall design, production and editing of the book to make it “appeal to the younger generation.”

The book’s cover is a portrait of President Cory by Lopa’s wife, Didi. Didi said she painted the portrait last Nov. 4 without her husband asking her. “I did it in one day but praying to Auntie Cory while painting it to make it look like her,” Didi said with a laugh.

The result is a young Cory seemingly in deep thought, a mix of how Didi remembered her and a picture of her taken by Alexander Loinaz in 1983. The painting hangs in the Lopas’ home.

Reading through the book, one can almost hear President Cory’s soft voice with that beautiful polished accent.

The most compelling parts are those where she shares conversations with her husband, raw emotions she felt during the various difficult times they had, and how they survived as a family.

These are compelling because most of us know only the public side of Ninoy, Cory, former President Noynoy Aquino and Kris. The people hardly knew details of their life as a family.

During Ninoy’s incarceration, President Cory said that he offered to help his children with their assignments so she brought encyclopedias to his detention cell.

The first time she saw his remains as he lay in state in their house on Times Street, President Cory said she kissed him on the lips.

“For a moment, I was taken aback. It was like kissing wood. Then I remembered that, when Ninoy was in the ICU in Dallas, I would hold his hand and he would clutch my hand very tightly. So I touched his hand, it did not feel as stiff, and I started talking to him, asking him what else he wanted me to do.

“I could hear Rolly (Solis, the Aquino family doctor) sobbing and, later, he said that it was a little eerie listening to me, because it was as if I were talking to someone who was alive.”

Fr. Manoling Francisco, who celebrated Mass at the book launch, said in his homily that he told Lopa he was worried that trolls and haters might bash President Cory for some of the things shared in the book.

But Lopa said that these incidents were “so real, that we could also find ourselves in Cory and Ninoy.”

Lopa became a little bit emotional as he thanked his cousins Ballsy, Pinky, Noynoy, Viel and Kris for sharing their mother with him and the rest of the country.

President Cory’s memoirs ends with the day she became “the People Power president.” She recalled how many of her critics and adversaries had claimed that she did not win the elections because she was not proclaimed by the Batasan, “and therefore, anyone had the right to the presidency.”

“I always go back to the fact, however, that I was the candidate, I did participate in the elections and I did win—except that I was cheated. I was the one who filed a certificate of candidacy and sought the mandate of the people. That is the important difference.”

For copies of the book, contact the Ninoy and Cory Aquino Foundation office, tel. 8812-0403 (look for Amor or Puri), email [email protected] By Dec. 2, copies will be available at the Jesuit Communications Office, Loyola Heights, Quezon City.