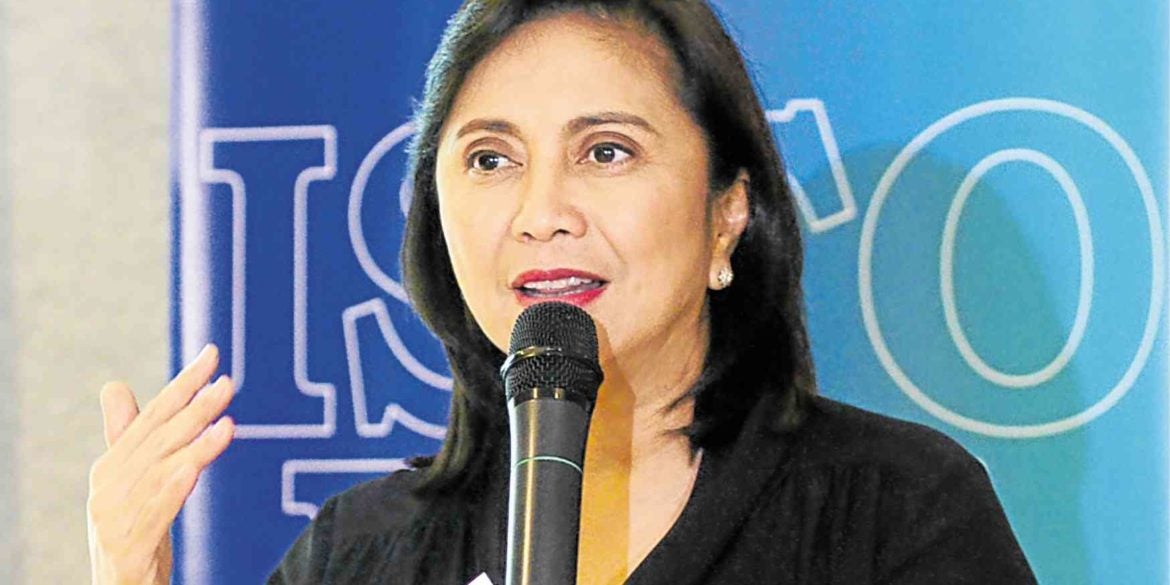 Vice President Leni Robredo: “Drug reformation is possible. It is a story of hope.”

Fired as antidrug chief, VP Leni Robredo moves on to promote film fest on drug rehab and ‘stories of hope’

Shortly after being fired by President Duterte as cochair of the Inter-Agency Committee on Antiillegal Drugs (INPFF), Vice President Leni Robredo launched the 2020 edition of “Istorya ng Pagasa” festival of short films on the rehabilitation of drug addicts and other “stories of hope.”

On Nov. 27, just three days after her dismissal, Robredo was at Clock-In in Ayala North Exchange in Makati to speak before the media to launch the third edition of the film fest organized by the Ayala Foundation.

She sat beside Bataan-based visual artist Al Quizon, the subject of the 2019 finalist “Obra.” The short documentary focuses on the artist’s drug rehabilitation.

Quizon was presented in the media launch as an example of someone “once consumed by drugs but eventually found his life’s purpose,” according to festival organizers.

Robredo said Quizon should be a source of inspiration to other drug addicts seeking reformation.

Belonging to the political opposition, Robredo had surprised everyone when she accepted the administration’s offer to head the antidrug council.

Her acceptance of the appointment was welcomed by the Catholic Church, human rights groups and other sectors critical of the violent antidrug campaign which had killed thousands.

But less than three weeks after her appointment, Robredo was fired by Duterte.

The President said Robredo just “made an -sshole of herself” after she met with the officials of Embassy of the United States in Manila, which included representatives from United States Federal Bureau of Investigation, Drug Enforcement Agency, Department of State and United States Agency for International Development.

But critics said Duterte had wanted Robredo to fail and finding that she was making headway as antidrug chief and becoming popular, fired her.

He said he believed the President fired her for fear that she would discover irregularities in the drug war.

Organized by the Ayala Foundation, Inc., INPFF is an all-digital film competition that aims to bring to the screen everyday tales of ordinary Filipinos achieving extraordinary victories through perseverance, determination, and “unquenchable hope,” foundation officers said.

Festival is open to all Filipinos, nonprofessional and professional, local and overseas. Films should be three to five minute long.

“It is our hope that through this film festival, Filipinos will be united around the common values of hope, of perseverance, deep faith, and the goodness of humanity,” Robredo said.

Deadline for submission of entries is on March 27, 2020. Mechanics at www. istoryangpagasa.ovp.gov.ph