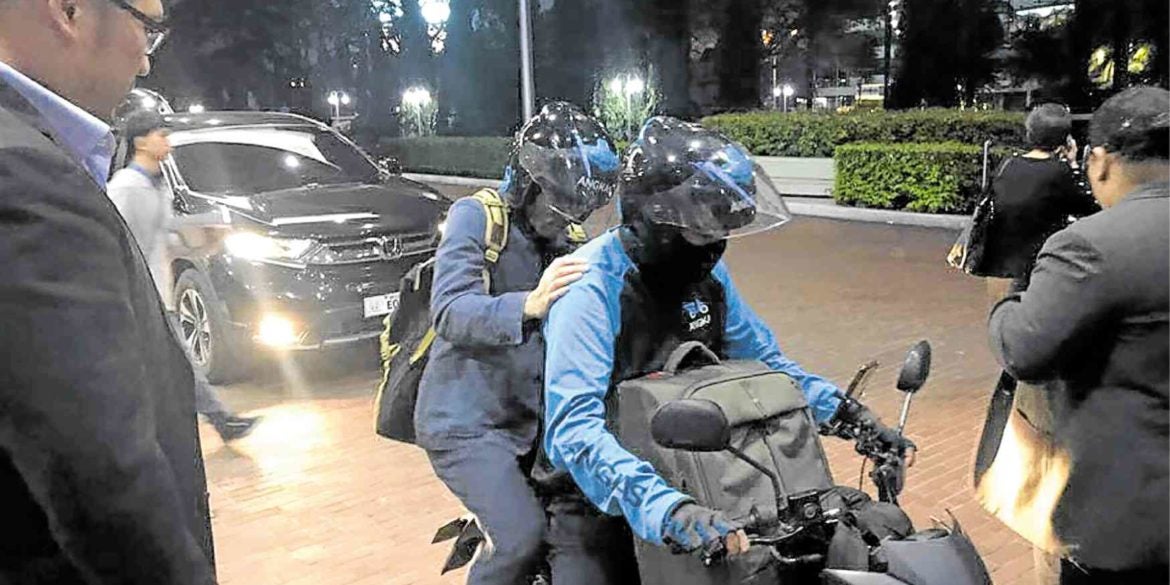 Ang taking the “habal-habal” to the airport to catch his flight to Japan to conduct his next concert.

After the breathtaking finale movement, both soloists and orchestra under Ang took a well-received curtain call that signified audience approval for a first-rate music-making.

The concert was at 4 p.m. and was done in two hours with ballet suits from “Swan Lake” closing the program.

Making it to the airport for his 9:30 flight to Japan was a big problem.

Unfazed, the Grammy- nominated conductor who just led the London Philharmonic agreed to take the habal-habal (motorcycle) to catch up with his next concert in Japan.

Interviewed earlier before the concert, Ang said, “I love coming to Manila. I love the people, my friends, the food, the vivacious culture and lifestyle. But it is also true I have to brace myself for the bad traffic. I have run out of superlatives to describe it. Being caught in one is such a waste of time and I know the majority of people in Manila feel the same way.”

The experience of making music with musicians of various nationalities is to him a special one. “Classical music is played with equal vigor and passion in all countries that I have been to,” he pointed out.

He said music was a rising wave in Asian capitals. “In Europe and other capitals in the western hemisphere, all is calm.”

He talked about his experience leading the London Philharmonic which recorded the award-winning Chopin No. 2 recording of Cecile Licad with Andre Previn conducting. “It was my third time with the orchestra and they are truly one of the world’s best. They can read any conductor’s mind with such clarity, speed and accuracy that one doesn’t require to work very hard. I literally just thought of it and they made it happen.”

That he had a Filipino and Korean soloist in the Brahms Double Concerto didn’t make any difference to him.

He doesn’t define music in terms of nationalities of the interpreters.”

Saraza said it was the first time he touched the Brahms Double with a Korean co-soloist. “It is such a big piece not just for violin and cello but also for the orchestra. It almost feels like a symphony with added violin and cello solos. Maintaining the energy and focus was a challenge in playing this massive concerto.”

The last time soprano Jasmin Salvo was in Iloilo City, she was playing the part of an opera singer in a make-believe staging of the Puccini opera in David Hwang’s “M. Butterfly.”

On Dec. 7, 6;30 p.m., at the Nelly Garden heritage house, she gets to sing for real interpreting arias from “Madama Butterfly” and “La Wally.” She shares the stage with tenor Nomher Nival, clarinetist Andrew Constantino and pianist Gabriel Paguirigan.