‘Our client is your teen’ | Inquirer Lifestyle ❮ ❯ 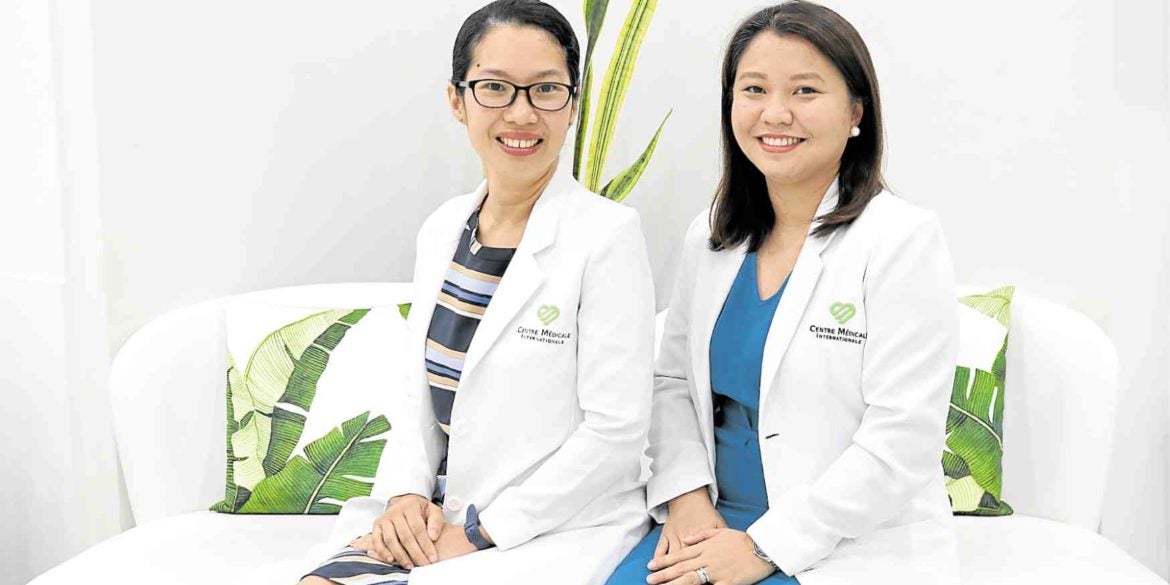 ‘Our client is your teen’

In many ways, the 16-year-old son of a business executive was behaving exactly as most kids his age do. He spent every waking hour fiddling with his gadgets, kept mostly to himself and answered his dad’s attempts at making conversation with a monosyllabic “yes,” “no,” or “fine.”

“I wasn’t okay with this type of behavior. He’s a good, sweet kid,” said the business executive.

Come summer break and just before his son entered senior high, the executive decided to get a baseline of his teen’s overall health. He called premier outpatient health care facility Centre Médicale Internationale (CMI) and made an appointment for his boy to see a doctor.

“Is it a psychologist?” asked his son.

“No,” said his dad. “We’re seeing an adolescent medicine specialist.”

A subspecialty of pediatrics, adolescent medicine focuses on the overall health and well-being of patients 10 to 19 years old.

“People are surprised to know that there is something so specific for teenagers because they’re supposedly the healthy age group,” said CMI adolescent medicine doctor Natasha Ann Esteban-Ipac. “They’re not as sickly as younger kids who need to be vaccinated or could die from a simple cough or cold. And they’re not like older people who are treated for diseases like hypertension or diabetes.”

But, she added, “The health concerns of teens are not the same as those of the younger or older generations. This age group is transitioning to adulthood and they encounter issues as they change physically, mentally, emotionally and psychosocially. Adolescent medicine was created to help them adjust to these changes and address the issues that come with them.”

“However small these issues may seem, they can have a huge impact as the teen grows older,” she said. “Adolescence is where habits form and are carried over to adulthood.”

At CMI, a consultation with an adolescent medicine doctor begins with the parent and teen seeing the specialist together to establish the teen’s chief complaint. The teen then talks to the doctor alone, and the parent is later called in to discuss their plan of action. Whether a teen has a serious case of acne or suffers from painful periods, both Doctors Esteban-Ipac and Conti-Lopez approach each patient holistically through a psychosocial screening.

“We ask about all possible risk factors that could affect them, like if they smoke, drink, or take drugs and if they are sexually active or not,” said Dr. Conti-Lopez. “Basically, questions parents are not comfortable asking their kids.”

While a migraine or tummy trouble could be just that and nothing more, recurring aches and pains could also be manifestations of a much deeper issue that teens tend to brush off.

Through the psychosocial screening, both doctors have been able to uncover issues of bullying or sexual abuse from patients complaining of chronic headaches, insomnia, chest pains, or difficulty breathing.

Helping teens cope with depression, anxiety, or displaced anger is also something the doctors do, now that parents are more open to having their kids see someone for their mental health concerns. Interestingly, not all patients who “act out” need professional help. “Sometimes, they just want to vent out or be heard by someone who won’t scold or judge them,” said Dr. Esteban-Ipac.

As such, confidentiality is the cornerstone of adolescent medicine. “It’s one of the first things we discuss with the patient,” she said. “Our loyalty is with the teen.” However, in cases where the teen’s health and safety are at risk—such as cases of self-harm, harm to others, abuse and others—the adolescent medicine specialist will disclose the information to the parent, but with the teen’s full knowledge.

“Pediatricians usually address the parents about their child’s health. This time around, our client is the adolescent,” said Dr. Conti-Lopez. “Knowing that makes them feel important, it empowers them to say what they want to say without their parents interrupting them to say they’re wrong. It also helps them manage their issues. Because they are able to identify what’s troubling them, they take active steps to do something about it.”

“We also help the parent transition to having an adolescent in the home,” averred Dr. Conti-Lopez. “If these transitions of parents and teen don’t mix well, there will be chaos in the family.”

Described by Dr. Esteban-Ipac as a tumultuous phase, adolescence isn’t just about raging hormones, physical transformations and emotional outbursts. “It’s about teens trying to assert their independence. Distancing themselves from their parents by hanging out with their friends is their way of showing they can stand on their own.”

She added: “That’s why it’s normal for teens to ‘hate’ their parents. Parents just need to understand that and not take it personally.”

Since his initial hour-and-a-half-long consult, the business executive’s son has seen the CMI doctor twice. Assigned a Self-Care Success Program, he diligently follows recommendations to his diet, exercise, sleep, hobbies, communication, relationships and other aspects to his health and well-being. He has also lessened his time with his gadgets, playing guitar to unwind after a full day at school.

Amazingly, he has even opened up to his dad, engaging in conversations with him and expressing thoughts he would never have shared months before.

For the business executive, seeing an adolescent medicine doctor got his foot in the door of his son’s world. “It was an act of reaching out to him, of looking for ways to be a better parent,” he said. “Now we speak a common language.”