The juvenile porters for tourists in Bhutan | Lifestyle.INQ ❮ ❯ 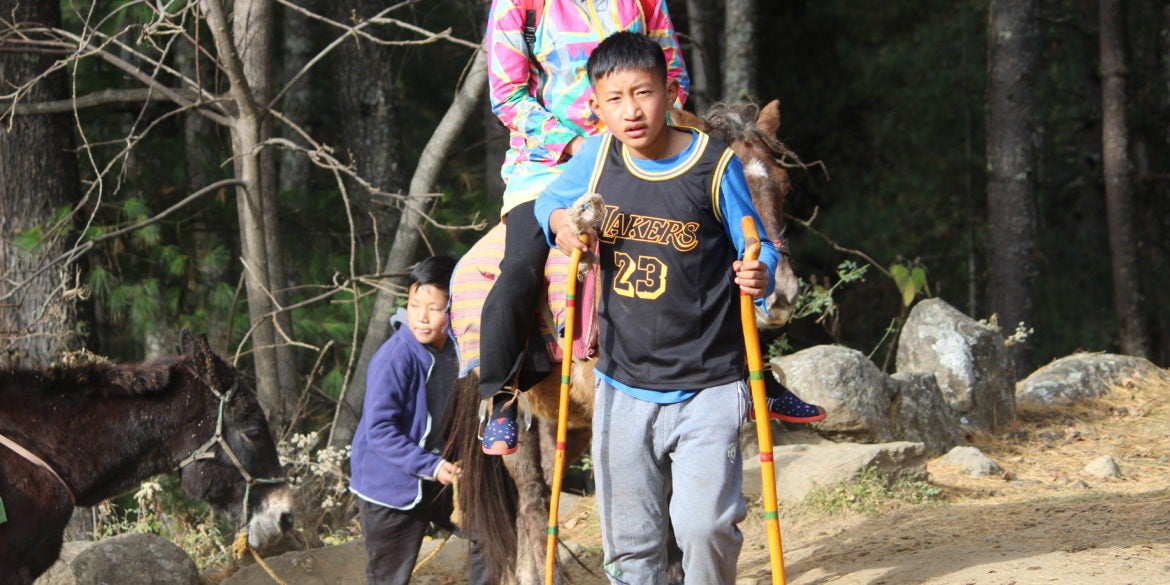 The juvenile porters for tourists in Bhutan

PARO — When many youth while away their winter vacation leisurely engaging in amusements and fun activities, 11-year-old Kinzang Yeshi Sherab is busy gearing up for a hike at the base of the famous Taktsang, popularly known as Tiger Nest.

Donning a Lebron-23 jersey, the grade V student of Drukgyel Central School escorts a group of tourists to the Taktsang monastery in Paro.

Kinzang Yeshi from Tshento-Shari village operates as porter during vacations, including the weekends.

He assists his mother with the family’s pony business. “It’s fun and helps to keep my body fit. Moreover, it earns me some cash.”

Following his last examination last week, Kinzang arrived at the monastery’s base with his horses at around 4am. “I wanted to be the first at the base since there are tourists who arrive early,” he said. “I wanted to do at least three trips today besides my regular two.”

Kinzang started accompanying his mother since last year after he felt he was ‘wasting’ his vacation whiling away with friends. “Most of the time, I was sleeping at home or playing football with friends,” he said. “My mother needed a helping hand and my father couldn’t assist because of a problem on his leg.”

He said that although his mother does not given him separate pocket money for his labor, he earns Nu 300 (422 pesos) on each trip. Sometimes there are tips, which ranges from Nu 100 to Nu 1,000.

However, the money doesn’t come easy, he said.

A few months ago one of the horses stomped his leg while he was pulling the animal.

“In the beginning it was difficult to control the horses. Climbing uphill was another challenge,” he added. “Now it has become much easier. It’s also fun interacting with different people.”

Kinzang said that he is not the only kid who is involved in the porter service. Many of the kids as young as five-years-old are engaged in the porter business during their vacation.

Deojam Namtsho, 11, from the same village has recently joined Kinzang and others in helping tourists ride halfway to the monastery. “I want to buy a bicycle which is why I’ve been saving money I make from here.”

The grade III student of Drukgyel CS added that since most of his friends were involved in the business, there was no reason to stay alone at home.

Meanwhile, Kinzang who aspires to become a professional footballer wants to continue helping his mother with the business. “Ever since I started hiking up the trail, my stamina has improved. Moreover, my family is happy with me lending my helping hand.”