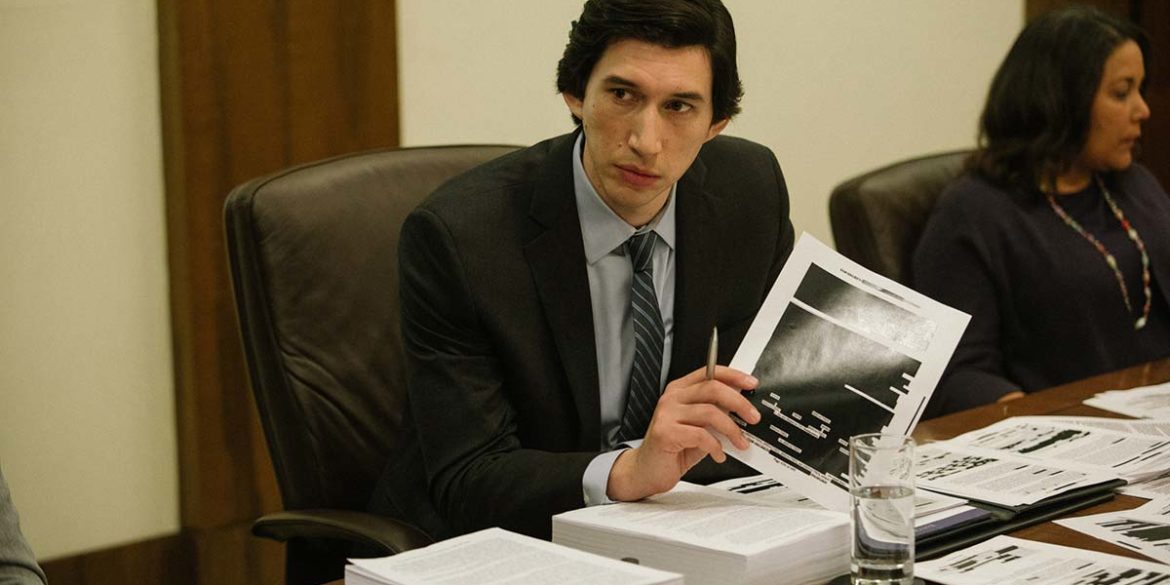 ‘The Report’ is a damning, necessary indictment

Amazon Studios’ “The Report” is the first film from Scott Z. Burns since the HBO film “Pu-239” in 2006. Some of you might be familiar with Burns from his numerous collaborations with celebrated filmmaker Steven Soderbergh, here acting as producer. In those collaborations (“The Informant!,” “Contagion,” “Side Effects” and the recent “The Laundromat”), the duo tackled lapses in institutions and how they could have disastrous effects. That continues to be their wheelhouse of choice in “The Report,” a dramatization of the research into the still-classified 7,000 page Torture Report the US Senate commissioned about the “enhanced interrogation” tactics the CIA began to use in the aftermath of 9/11.

With a raft of great actors led by Adam Driver, “The Report,” while not exactly part of the Intrepid Journalism genre, is there in spirit, as a team of devoted individuals peel back the many layers of red tape used to excuse and cover up atrocities done in their name. It is a damning but necessary indictment of power, its abuse,and how easily it can be mixed with fear to be used to manipulate the truth. Burns’ film lays a case for how emotion and exploitation can go hand in hand in the aftermath of a national trauma like 9/11, that can then pave the way for moral lapses in pursuit of vengeance.

Annette Bening plays Sen. Dianne Feinstein, who appoints Driver’s Dan Jones to the herculean task, one that ultimately takes five years of his life to complete. Beset on many sides by obfuscation, delaying tactics and outright lies, the “intrepid” part really shines through as his dogged determination never wavers in pursuit of the truth. With a supporting cast that includes Jon Hamm, Maura Tierney, Corey Stoll, Tim Blake Nelson, Sarah Goldberg, Matthew Rhys, even Colin Powell’s own daughter Linda, there’s no shortage of good performers lending their gravitas to the situation. With people trying to cover things up, the film also gets to take little sidesteps into Alan J. Pakula/’70s conspiracy film territory.

Burns injects a paranoiac style in these sequences, with compositions that isolate Driver and present him as vulnerable, sometimes lost in the labyrinthine corridors of The Agency. Some of the findings in the report are presented as flashbacks, and while these can be jarring, ultimately they become necessary to give visceral punctuation to what Jones and co. seek. The film is also very dense, in that a lot of territory is covered. It can be overwhelming but also effectively gives an impression of what the investigators must have felt themselves. If good people doing important work is your jam, then “The Report” should be right up your alley.