BenCab and his nudes: ‘His eyes wander and revel, inch by inch . . .’ | Inquirer Lifestyle ❮ ❯ 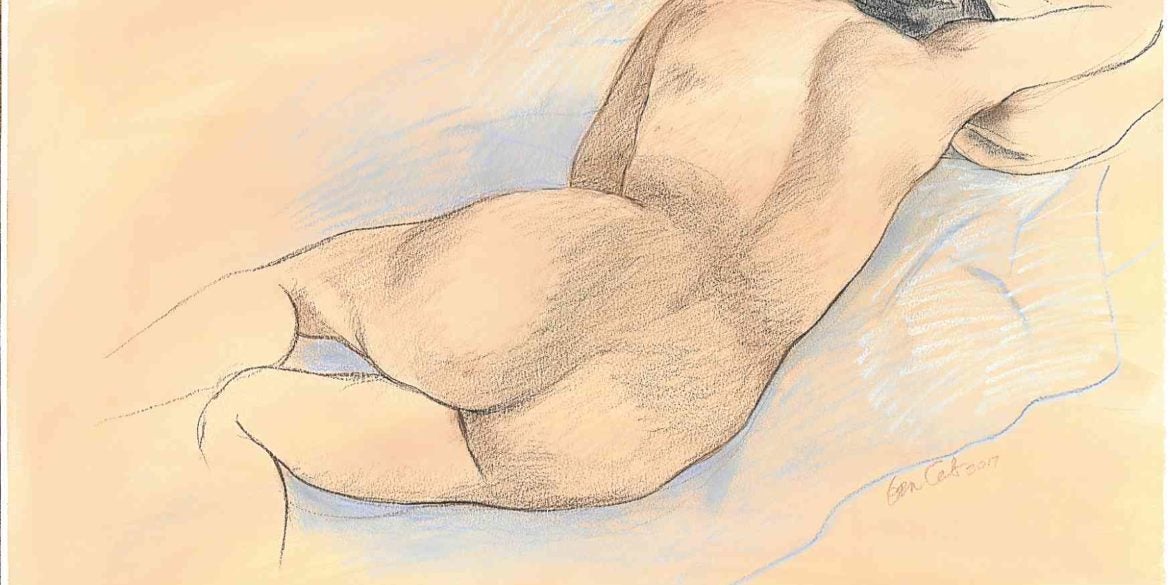 Rather than play coy, he taps into the inherent sexual energy between men and women to give life to his drawings

In the age of #MeToo, reflexive political correctness, and the feminist critique of the male gaze, that can be problematic.

But National Artist BenCab cuts straight to the heart of the matter.

In fact, there was talk of possibly putting a “parental advisory” warning on “Desnudas: Life Drawings by BenCab,” an ongoing exhibit of his nude drawings at Secret Fresh gallery.

Rather than play coy, or retreat into the artist’s safe zone of abstracting the female body into planes and curves, shadows and light, the artist taps into the inherent sexual energy between men and women to give life to his drawings.

BenCab’s nudes are portraits of real women captured in the moment of revealing themselves to the artist.

“When I do a nude I like to put the identity of the model,” he says. “Most nudes don’t include the face.”

The connection between artist and model doesn’t happen by itself; it is born of a rapport and trust built over time. BenCab prefers to work with amateur models, that is to say, real women for whom the act of disrobing for the artist is still a revelation invested with deep meaning.

What results is a more faithful representation of the individual, not depersonalized or abstracted.

“As a male, I get excited before they undress,” the artist admits. “But when I start drawing, my focus is on the art itself.”

As Krip Yuson writes in “The Nude Grows in the Artist’s Mind’s Eye,” a prose poem for a book of BenCab nudes:

“There is an intimacy of involvement between artist and model, and it is not necessarily enhanced or tainted by extracurricular entanglement … When he beholds a female form again, shorn of dress, in the flesh, it excites him for all the years his unadulterated gaze has been held back. His eyes wander and revel, inch by inch, over the mounds and curvature, contours of promise, niches of imagined delight.

“He wants to touch this new body in all its naked glory. For that is what it has become, an epiphany unraveled in delirious expectation and fulfillment. On the nude he beholds he now wants to also apply his sense of touch, smell, taste, as well to hear it throb in his hands.

“He fixes her in place, but the continuum of celebration— yet of rare intimacy—that transpired during the process of committing wondrous shapes as document, as testament, continues in the enveloping layers of fulfilled imagination that he accumulates as wondrous experience.”

BenCab refuses to believe Leonard Cohen’s line that “the naked man and woman—just a shining artifact of the past.”

BenCab’s “Desnudas” is on exhibit at the Secret Fresh gallery, Ortigas Ave., San Juan until Dec. 14