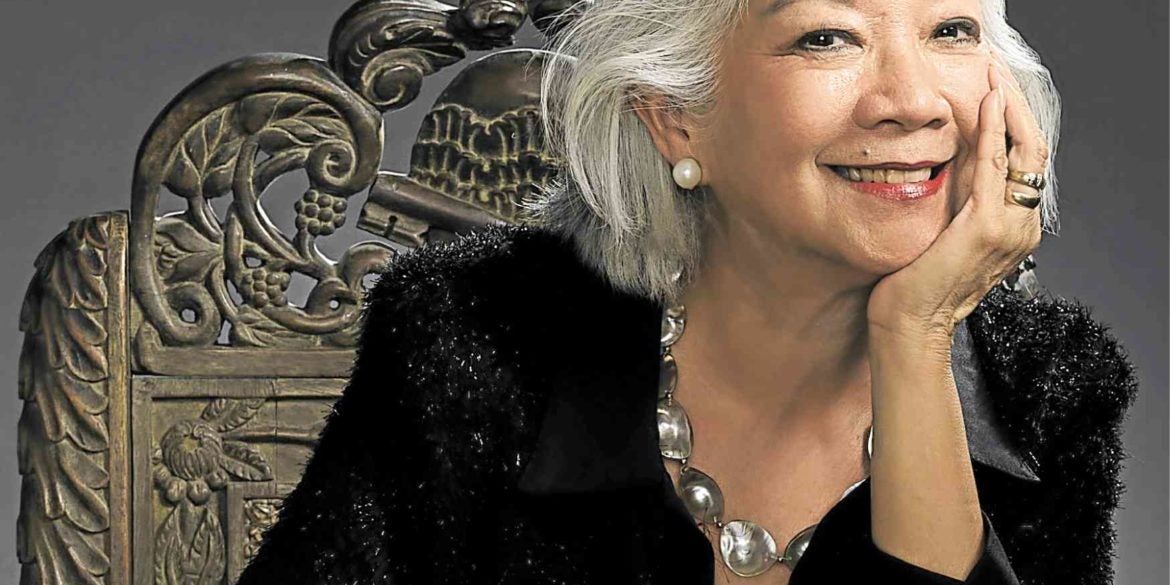 Alice Reyes: Dancing out of the box

Alice Reyes sits among costumes, piled high or hung, holding court discussing details of Ballet Philippines’ upcoming Christmas production, advising an injured dancer, ordering food. Her once long, dark, whiplash hair is now cropped and silver, and despite the cane and the slight limp, the swagger is still present.

We talk about how the digital age has affected theater-going habits, how the present generation of dancers interpret the original moves, and how she appreciates the layers the generations have contributed to her original works. The curiosity to innovate has not disappeared. Because for her, moving forward has always been an option.

It was in the late 1960s that Alice Reyes burst into the local dance scene with what seemed like a two-eyed cyclop’s vision of developing a dance company that could effectively perform both the classics and the modern. This was a concept met with resistance by purists in both the classical and modern dance sectors. These genres, it was argued, were of two opposing forms, as one defied gravity and the other embraced it.

It was a time when dance companies deigned to perfect just one dance form, whether it was ballet, modern, folk, classical, jazz, Broadway or tap. This two-in-one-notion, to many, was far-fetched at best, and they doubted it would succeed, at worst.

Reyes, however, viewed it differently: Classical training supported the modern. She believed that holistically, bodies could manage the styles with the proper training, finding it unnecessary to put each dance format in “boxes.” In her mind was a broad theater approach where bodies “could do anything.” Through workshops in tandem with company cofounder Eddie Elejar, who taught the ballet classes, and with herself conducting the modern, they saw how it could work.

Highlight was “Amada,” Reyes’ masteral thesis as a John D. Rockefeller grantee for a Masters in Dance degree at Sarah Lawrence in the United States. 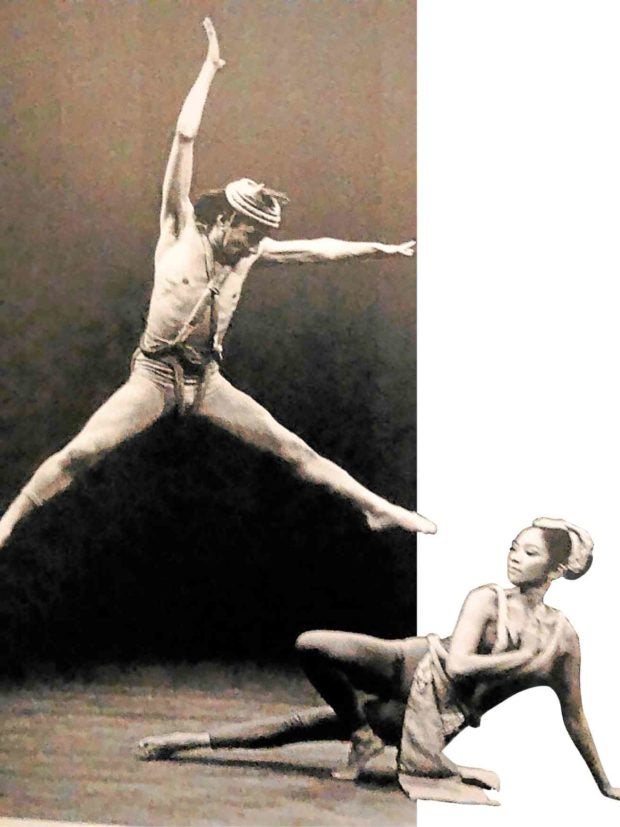 “Itim Asu (based on Virginia Moreno’s “Onyx Wolf”), and “Amada,” (based on Nick Joaquin’s “Summer Solstice”) became early masterpieces that embodied the abstract of that thesis. When the company was privileged to tour internationally, as Reyes recalls, foreign audiences were pleased to see an Asian dance company whose repertoire “did not just hide behind its dance traditions and folklore,” but rather contextualized the native themes in a modern genre, creating a hybrid of western music and contemporary choreography while keeping the spirit and aesthetic of Filipino-ness.

Apart from this, the repertoire included pieces done to the music of western classical and Filipino masters and even rock bands like Led Zeppelin.

In later years, full-blown original dance musicals would be mounted (“Tales of the Manuvu,” “Rama Hari,” among others). Support from patrons like Jaime Zobel, Leandro Locsin, Jaime Ongpin, Ting and Bing Roxas, and other influential patrons of the arts fueled the productions, as collaborations with other creative minds took place, some of whom became national artists (Salvador Bernal, Lucrecia Kasilag, Bienvenido Lumbera, Leandro Locsin, Ryan Cayabyab) and many more who became prominent in their respective fields (Eduardo Sicangco, Monino Duque, Ray Albano, Johnny Manahan, Jaime de Guzman, to name just a few). Foreign dancers such as Natalia Makarova, Patrick Bissel, Yoko Morishita; choregraphers like Norman Walker, Pauline Koner, Jan Stripling; ballet masters like Luminita Dumitrescu, William Morgan, Armin Wild and more, shared their wisdom, talent and choreography with the company through the years. The Cultural Center of the Philippines became the ultimate hub for creativity and artistic output.

In August 1990, Alice Reyes felt it was time to move on. Unlike foreign dance company originators Martha Graham, Paul Taylor or Alvin Ailey, Ms Reyes gave in to her maternal side, wanting to spend time with her growing children, moving to San Francisco in a beautiful house by the Bay, and yet keeping her ear to the ground when it came to the dance company, now renamed Ballet Philippines.

In recent years, the opening of new avenues for dance like cruise ships, Disneyland and other theme parks sadly ushered in a migration of dancers, some of whom were the best and brightest. There was the reality of paying the rent and making a comfortable living after all the hard work a dancer does. The world of entertainment, living abroad, higher pay scale including the perks, became hard to resist.

Ballet Philippines was nearing its 50th year, but there was a dwindling of company members. Reyes could not ignore the offer of then BP president Margarita Moran Floirendo to break her 27-year absence and come back in preparation for the company’s golden anniversary.

Reyes recalled waking up in the middle of the night in tears before she made the decision. True to form, her youthful persistence surged back, and she staged a company comeback in full force in 2017, the 48th season.

In 2018, Reyes was declared by the Philippine government a National Artist for Dance.

In the beautifully curated and written coffee table book due a National Artist, “Alice Reyes and Ballet Philippines: A 50-Year Legacy in Dance,” the story of the dance company, the myriad events surrounding its existence, its struggles and triumphs, are fondly and diligently chronicled in 11 chapters by writers who were up close and personal with the company and Reyes herself, sharing insights and a backstage peek into the world of dance in the Philippines.