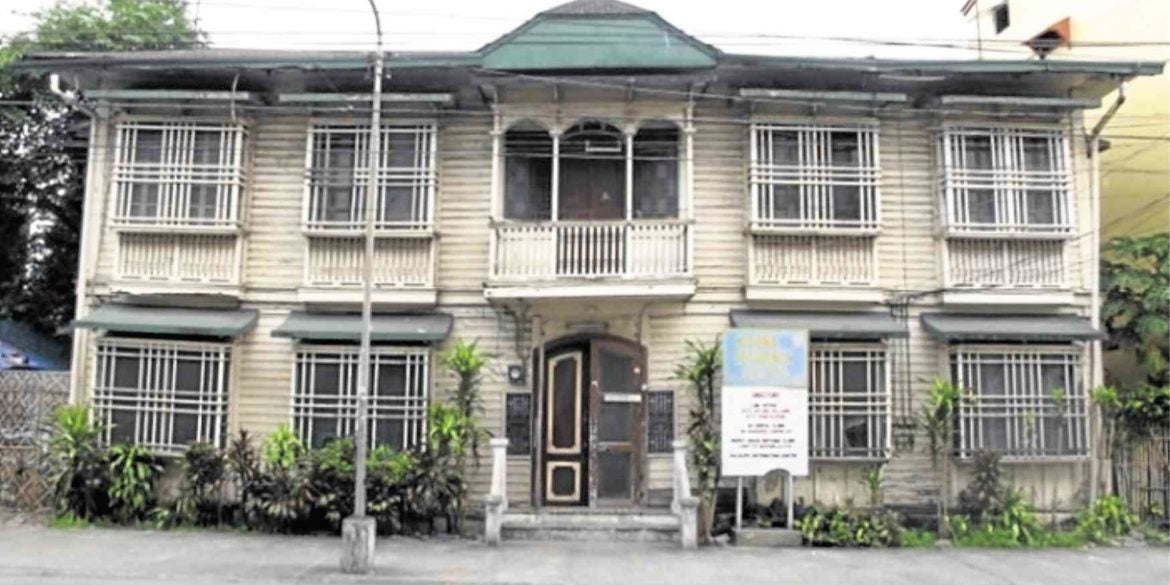 What was not damaged during Supertyphoon “Yolanda” (International name: Haiyan) in 2013 in Tacloban City has been demolished to give way to a new commercial development.

Historic Redoña House on Tomas Mapua Street in downtown Tacloban in Leyte was torn down in March last year to the surprise of heritage-minded people of the city, said heritage advocate and interior designer Leo Almeria during the recent National Commission for Culture and the Arts (NCCA)-sponsored Gulis Pamana workshop in San Fernando, Pampanga.

Almeria, a founding member of the Leyte-Samar Heritage Society, said the house was constructed in the 1930s by Margarito Redoña Sr. and Prisca Magpayo Redoña, and later passed on to their five surviving children.

It used to be in a residential part of the city, but later “eaten up” by the commercial sprawl in the area.

Almeria said the two-story, five-bedroom house served as the official residence of the first family from October 20, 1944, to February 1945.

It was chosen to be their residence due to its proximity to the Leyte capitol building, then seat of the Philippine national government, explained Almeria.

Last year, the original owners’ daughter, Cristina Pablo, was quoted in an online news media article saying the family had written to the NHCP to declare the structure a heritage house since it had not yet been formally declared despite the installation of the marker in 1959.

But she got dismayed when the NHCP allegedly requested her to submit documents pertaining to the house.

She added the building was demolished due to its decrepit state.

Few years prior to the demolition, the five-bedroom house was rented out to two law firms and a dental office with the other spaces used as a warehouse.

Almeria said the house was previously compromised due to a road-widening project.

The perimeter wall was demolished while the first few steps of the stairs leading to the main portal became part of the pedestrian lane due to the project, he said.

The house’s area has also been compromised due to the presence of tall buildings, he explained.

In a series of documents provided to the Inquirer by the NHCP’s Wilmer Godoy, the NHCP repeatedly reiterated the historical importance of the house and that it should be saved from demolition.

It noted in an August 2017 letter to a certain Marianne Quebral (most likely connected to the owners of the house) that the house was considered an important cultural property under the heritage law and suggested the retrofitting of the American era structure.

The NHCP further recommended “the building be conserved and adaptively reused based on locally and internationally acceptable standards.”

The NHCP letter was in response to Quebral’s July 2017 letter requesting the NHCP to lift the presumption of significance of the house but Quebral wrote the NHCP again also in August of that year requesting for the agency’s clearance for demolition.

The historical commission denied the request but the demolition pushed through which it said violated provisions of the heritage law on conservation of the country’s cultural patrimony.

No plans have been submitted until now, said Godoy, adding that should the NHCP file a case, the ones who demolished the historical structure will be held liable for their illegal act.