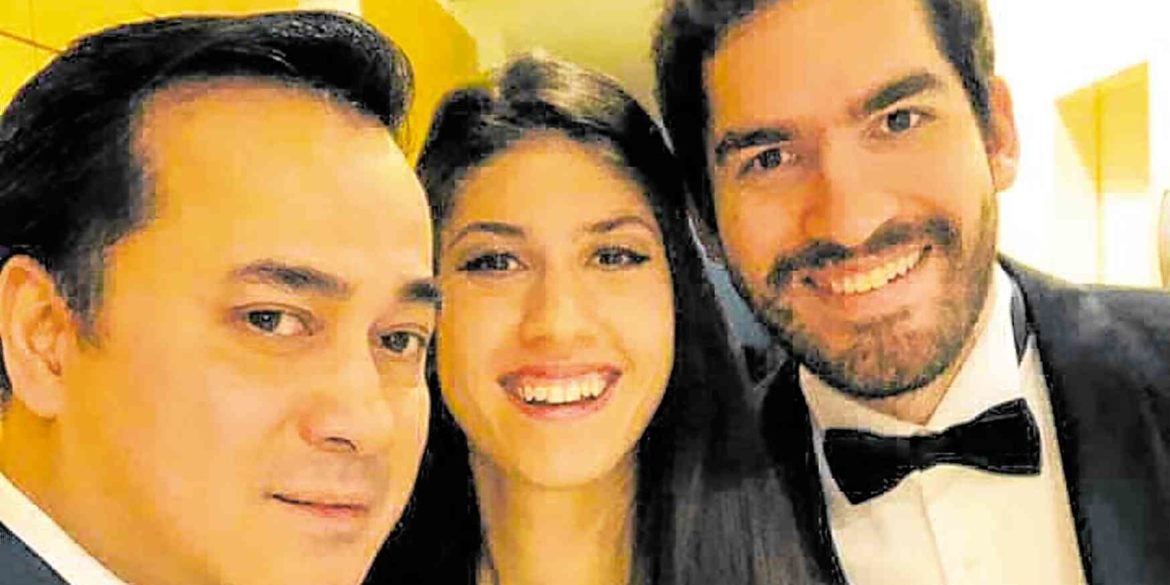 It’s a busy Christmas for tenor Arthur Espiritu who is commuting between two productions—“Faust” in Switzerland and “La Boheme” in Nuremberg, Germany. He’s also preparing for a New Year gala with the Munich Symphony Orchestra on Dec. 31.

Earlier, he sang the role of Edgardo in “Lucia di Lammermoor” in South Korea where he received rave reviews.

When the opera house released the video footage of “Lucia di Lammermoor,” one could hear the ecstatic stomping of feet from fellow musicians during the curtain call.

“I had an amazing time in Daegu,” the tenor said. “On top of that, the audience was great and so was stage director Bruno Berger-Gorski and conductor Roberto Rizzi Brignoli. The orchestra was great! Best of all, the people were so accommodating and nice to me. They treated me with respect and appreciation. I had a wonderful time.”

After Korea, Espiritu sang a few more “Bohemes” as Rodolfo in Munich, It was the same opera house where he had won great acclaim as Elvino (Bellini’s “La Sonnambula”) and watched by no less than the reigning King of Opera, Jonas Kaufmann. (A German magazine called the same production the Opera of the Year.)

Traveling back and forth Germany and Switzerland has been a whirlwind, Espiritu said. “Yes, I’m glued to my score whenever I get a chance to study, I try to get some sleep whenever I can and I try not to get anxious. Singing is 80 percent psychological and 20 percent technique. When you panic, your body reacts and that will get you in trouble.”

With Rossini roles fading in his repertoire and more Puccini and Gounod operas getting into the picture, he said he had discovered he was really more lyric tenor than its light equivalent. “But I still have the flexibility and the means to be able to translate what’s on the pages of the music,” he said. “The voice has settled and I find it easier to sing different styles now. Thanks God, I have not encountered any hiccups.”

Espiritu said he himself often wondered how he had been keeping up. “All I know is that I am actually pretty tired. But I have to keep going. I keep saying to myself that, ‘Oh I really don’t deserve having this career.’ But as someone just recently told me, it is a responsibility to be able to share your art with people. In a way, I find peace in the thought of having to affect people and helping them feel something as an audience. As long as I can do that, I will try my best to keep going.”

After the New Year concert with the Munich Symphony, Espiritu said he would focus on the remaining performances of Gounod’s “Faust” running at Theater St. Gallen until March 2020.

He said “Faust” had been a supreme vocal challenge. “It is one role where one has to remain in the drama. Vocally, it’s not very demanding tessitura-wise but it is demanding in the size of the orchestration and how it’s composed. You really have to sing it. There are some dolcissimi sections where you have to express your vocal skills in the way it’s phrased. It’s a very long opera. You have to know the interjections or else you will lose your entrance. You always have to count and anticipate.”

His favorite would be the duet with Marguerite. “That duet in the third act has some of the most beautiful music ever written.”