Danelle Dungca, inspired by The Other Woman | Inquirer Lifestyle 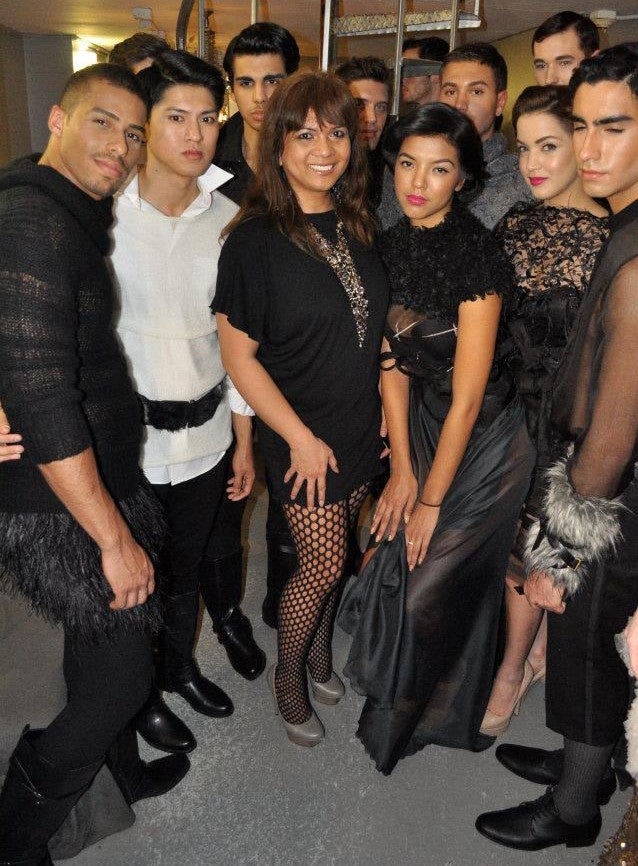 Danelle Dungca, inspired by The Other Woman

Maverick Danelle Dungca’s fashion philosophy is simple: “Whatever comes to my heart and in my mind that I wanted to design is what I would do.”

For this FilAm designer’s Fall ‘12 collection unveiled Feb 16 at Nickel Spa in Midtown Manhattan, the inspiration was Filipina actress Anne Curtis, who portrays the beloved mistress in “No Other Woman.”

“I thought the collection fits her,” she said. “It’s edgy and romantic at the same time. But it’s also sophisticated and there’s some sort of finesse in it.”

Danelle’s “sexy” denotes a style that is, by her definition, “not vulgar.”

She explained: “There’s a lot of transparency and lace, soft fabrics, ruffles — a mixture of edginess, hard and soft at the same time.”

Nothing would please her more than having Anne Curtis wear one of her creations. “I hope, someday,” she said.

The Bay Area designer’s debut at New York Fashion Week is the most ambitious of the four shows she’s done over the course of her fashion career. This collection also featured men’s wear.

“I decided to stay with the black and white, grey,” she said. “I wanted to be modern with cutup shorts, long socks, and boots and traditional blazers and coat and tie.”

“There was a feather skirt for the guys which I thought when I saw Enrique (a model). I said, you know what? Let me make a feather skirt and tights and sweaters for him.”

Danelle was designing clothes for Sari-Sari store when the U.S. franchise closed. That did not stop her from recalibrating and moving on to visual merchandising. After a while, she felt the itch to go back to her first love.

“It was one of those things where I have to do it now or else I might regret it,” she shared. “I decided to pack my bags, leave my career and bravely pursue designing.

Her mother, a seamstress, is her greatest influence and inspiration.

“She was the one who I saw from the very get-go was in front of a sewing machine. And I think a lot of Filipino designers have their mothers as their influence and their inspiration,” she said. “My mom worked in the fashion industry all her life. She gives me pointers on what looks good a

Through it all, she draws inspiration from Elie Saab, Monique Lhuillier and Karl Lagerfeld and tells herself that “if they’ve done it, I can do it too.”

Danelle’s designs were undeniably stunning, a tremendous outpouring of her limitless imagination. The men’s wear is high fashion that is b

oth daring yet understated in its color.

However the presentation had space issues that made it difficult for the audience to appreciate what’s in front of them. The space was too skimpy. The models strutted on the second floor’s alley while the audience gawked from the main floor below. I wish there was a regular runway that would give justice to Danelle’s impressive creations.