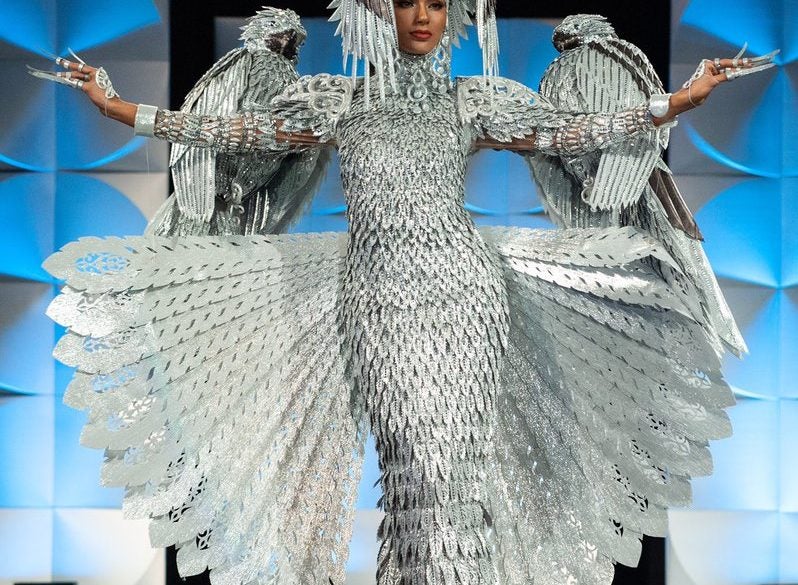 MANILA, Philippines — The Miss Universe organization clarified Monday it was Philippine bet Gazini Ganados who won the Best National Costume at the pageant.

However, it was Malaysia’s bet Shweta Shekhon, not Ganados, who was standing next to Harvey on stage.

“It’s not Philippines, it’s Malaysia,” Shekhon said after getting the microphone from the host.

But Harvey explained it was the teleprompter’s fault and even recalled the incident in 2015 where he also mistakenly announced the wrong winner.

“Y’all gotta quit doin this to me.” 😂😂😂Damn, they did Steve Harvey dirty again. pic.twitter.com/Cpt0STASnb

“Okay, well, let me explain something to you. I just read that in the teleprompter,” Harvey explained. “Y’all got to quit doing this to me. I can read, they said now, they’re trying to fix it now. See, this what they did to me back in 2015. Played me short like that.”

“This is Malaysia. I really love this national costume of Malaysia. This is crazy,” he added.

In 2015, Harvey received backlash after announcing Colombia’s Ariadna Gutierrez as winner of the Miss Universe title instead of the Philippines’ Pia Wurtzbach.