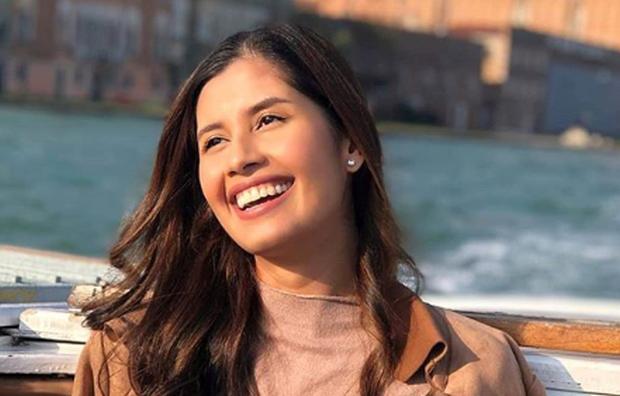 On her official Instagram account, the multi-hyphenate 33-year-old mother of two posted an image bearing the title “Miss Universe Philippines 2020” and said: “I am honored with my new role for the organization that brought meaning to my life as a beauty queen and as a woman. I am more than blessed to be the National Director of Miss Universe Philippines.”

She continued: “As I continue to grow, I understand that being an architect and an entrepreneur are facets that will form part of my core as we continue the projects of Miss Universe and create more opportunities for aspiring beauty queens in the future. Thank you for the trust and confidence in my capabilities as a strong and independent woman.”

For over 50 years, the Binibining Pilipinas Charities Inc. (BPCI) had been holding the Miss Universe franchise for the Philippines, producing four winners si far — Gloria Diaz in 1969, Margarita Moran in 1973, Pia Wurtzbach in 2015) and Catriona Gray in 2018.

BPCI has also given the Philippines a 10-year streak in the Miss Universe semifinals, beginning in 2010 with Venus Raj, who finished fifth in her competition, and was sustained by Gazini Ganados, who finished in the Top 20 in the recent edition held on Dec. 8 in Atlanta, Georgia in the U.S. (Dec. 9 in Manila).

“[MUO] expresses its heartfelt gratitude to the Araneta Group and [BPCI] for their more than 50 years of stewardship of the Miss Universe brand and franchise in the Philippines. Both organizations have made an indelible mark in the international pageant scene for celebrating the intelligence, beauty and grace of hundreds of Filipina queens, and for garnering several international titles through the years.”

According to the statement, Supsup-Lee will be joined by Albert Andrada as the Design Council head, Gaffud as the creative director, Lia Ramos as head of the Women Empowerment Committee and Charity,[lawyer Nad Bronce as head of legal affairs, and Mario Garcia as business development and marketing head.”

Gaffud left the camp in 2018, while Bronce’s exit was reported earlier this month.

Confirming the partnership between MUO and MUP, the local entity said in the same Facebook post: “It is but fitting that the path to the future be led with vigor and a vision aligned with the transformative purpose of Miss Universe.”

Supsup-Lee is said to head “a fresh team that will lead the country towards its continued quest to share the beauty and grace of the Filipina to the rest of the world.”

The statement continued: “[MUP] is poised to bring the Miss Universe franchise to greater heights. More importantly, it is the continued support of the pageant fans and community that inspires [MUO] to take this crucial step forward.”

MUP is set to release additional details on the changing of the guards in a press conference scheduled for Dec. 13.

Aside from Supsup-Lee and Lim, several other Miss Universe alumnae are also franchise holders for their respective countries — 1991 winner Lupita Jones for Mexico, 2001 winner Denise Quiñones for Puerto Rico, Sylvie Tytler for France, Jessica Newton for Peru, Kim Kotter for the Netherlands, and Elaine Daly for Malaysia.

The Inquirer tried to get a statement from BPCI, but it has not issued anything as of this writing.