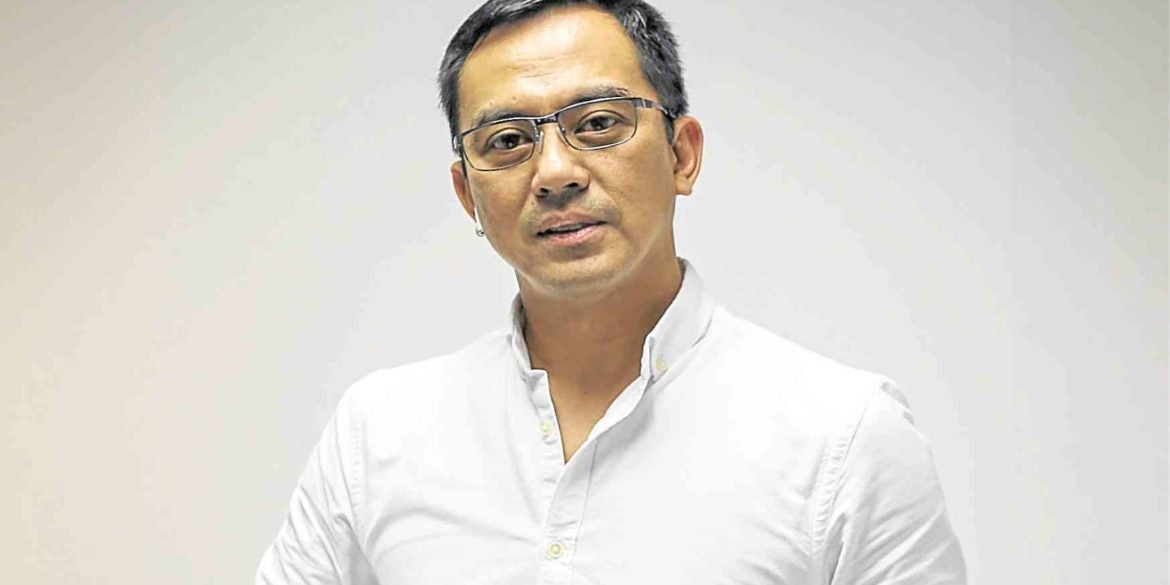 Dr. Elmer Meceda made history when he performed the first ESS on the neck at UERMMC last August. —EARVIN PERIAS

Minimally invasive spine surgery to be done in one day

It started with stiffness in the neck. Then it developed into a pain that radiated onto her shoulders, right arm and right hand. Consequently, the chronic pain became debilitating.

The 48-year-old school teacher from Bicol could no longer raise her arms to write on the board. She also had difficulty sleeping and brushing her teeth. Different doctors prescribed medications, injections and exercises, but the numbness and electric shock-like sensation in the arm worsened.

The teacher consulted Dr. Elmer Meceda, a neurosurgeon, one of the few specialists in the Philippines who perform a minimally invasive spine surgery (MISS) called endoscopic spinal surgery (ESS).

Last August, the University of the East Ramon Magsaysay Memorial Medical Center made medical history when Dr. Meceda did the country’s first ESS on the neck.

This procedure has been commonly done on slipped discs on the lower back, but scientific advancement has made it possible to perform on any part of the spine.

What would take three hours or more in conventional open surgery was accomplished in an hour with the ESS. Immediately after the patient’s surgery, the pain was gone. She was able to raise her arms without difficulty. A day after the surgery, she took the 10-hour bus ride back to Bicol. The teacher has since been enjoying normal activities.

ESS is a procedure in which the surgeon uses a 1-cm tube called a working cannula fitted with an endoscope with a camera and specialized instruments that can view and operate on the internal spine. The neurosurgeon inserts the endoscope, the instrument to look at the nerves and tissues, through a small cut along the targeted area. In the teacher’s case, the incision was only a centimeter.

“The main consideration for their use are degenerative spine problems such as disk herniation and stenosis, “ says Meceda.

Disc hernation or a ruptured disk occurs when a sudden movement results in the disc—a rubbery cushion that lies between the vertebrae— being pushed out, compressing a nerve root and consequently resulting in severe pain and muscle weakness.

Stenosis is a degenerative or age-related condition in which the spaces within the spine become narrower and create stress on the nerves. It is caused by arthritis, hardening of ligaments and swollen disks.

Meceda observes that these conditions were common among people over 50. At present, he performs ESS on younger patients because of their sedentary lifestyle. “Sitting down for long hours can kill you,” he says.

“Many people with degenerative diseases don’t necessarily have to undergo surgery. We operate on symptomatic ones, those who experience extreme pain, weakness and ngalay or numbness.”

In severe cases, the cauda equine syndrome—the damaged nerves at the end of the spinal cord—not only affects movement but also urination and bowel movements.

Previously, Meceda performed open spinal decompression surgery, which requires larger incisions to remove muscles to show the bone. It entails opening the bony canal where the spinal cord and nerves pass. The procedure takes several hours, a week to recuperate in hospital and a month before full recovery.

He points out the global trend in minimally invasive spinal surgery because of its benefits—reduced risks in operations, including less blood loss and minimal structural trauma, less operative time, faster recovery and more positive patient feedback.

“There’s less pain medication. These patients with chronic conditions have been taking medication for a long time. The open surgery will require the patient to take more medicines because of the injuries on the tissues, and it’s painful,” he says.

Meanwhile, after endoscopic spinal surgery, the patient is prescribed paracetamol only if there is pain.

It can be a day procedure; the patient comes in in the morning and leaves the hospital in the afternoon.

“Recovery depends on the patient’s condition or the reason for the surgery. Most of my patients are younger, between 40 and 60. After the minimally invasive procedure, they go back to work the next day. There’s little downtime,” he says.

They can also engage in yoga, swimming and light exercises.

Meceda points out that the practice of ESS in the Philippines is still in its infancy. Hence, he makes a simulation with his team before the operation. “It’s hard when I’m the only one who knows what’s going to be done. Each member has to be oriented on their tasks so that I can focus on the patient.”

His first patients were two medical students in their early 20s who suffered from disk herniation. In 2017, ESS was performed on a Friday, and they went back to school on Monday.

Meceda explains that their excess weight aggravated their condition by putting more pressure on the spine, coupled with long hours of sitting.

Ultimately, he says, “No amount of magic, medications or millions of pesos can bring a degenerated spine back to complete normalcy. Surgery is just a small part of the remedy. First of all, the patient must address the root cause of their condition. Aside from rehabilitation, the patient’s total involvement is necessary.”